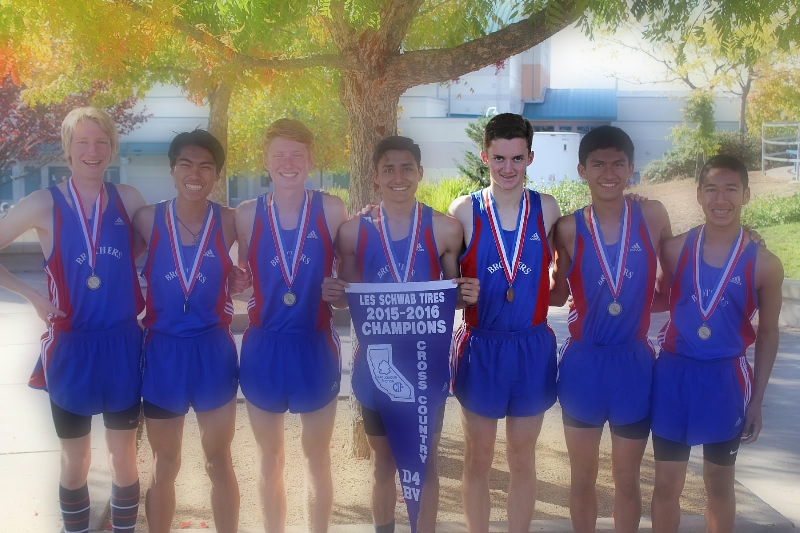 Despite being active in school activities, Patrick (known as Pat) has largely avoided the public eye during his years at Christian Brothers High School. He shines in the limelight occasionally — long enough to accept his awards and laurels — but quickly returns to relative anonymity. Inevitably, this behavior leads to one question: Who is the real Patrick Wiseman?

Patrick is an impressive CB student. He runs fast. He understands physics. He can even cook spinach dip-stuffed rolls and boxed macaroni and cheese.

However, as you talk to Patrick, you really do get the sense that he’s a bit more special than your average CB student. He carries himself with a quiet confidence and a steady voice. More often than not, he’s helping someone with some complex concept from some complex class. Or winning races for our CB running sports. From afar, he might seem a little intimidating, yet this impeccable specimen is all too relatable.

Steak is his favorite food, followed closely by noodles (I don’t think it matters what kind). He values his friends and family most. Spanish is one of his biggest stresses in life. He can’t bring himself to start his homework before at least 8 P.M. 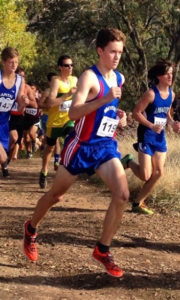 Patrick winning all his races, even as a freshman

We know who Patrick is now. But who does Patrick think he is?

“I am a competitive person,” he says. “I might not always appear to be paying close attention to what other people are doing or how well they’re doing it, but in reality I’m pretty observant too. I’m a runner. So for me, there’s nothing more satisfying than passing people in the final stretch of a race. And conversely, nothing bothers me more than getting passed.”

Patrick is pretty good at most things he does, and running is no exception. Patrick has been a varsity runner in both track and cross country since his freshman year. He advanced further than anyone else on the Christian Brothers track team during the championship season in his sophomore year. In November, he placed in the top 100 at the State meet for cross country.

Patrick lives in Land Park, meaning his drive to school is around 10-12 minutes. His record is 7 minutes, but don’t tell his mom — speed, it seems, is a continuity in his life. Once he has arrived at school, Patrick takes advantage of the many opportunities offered to us, such as track and cross country.

“To me, what [Patrick] adds to the team is a natural leadership,” Cross Country Head Coach Mr. Danny Delgado ’79 comments. “One, he’s gifted. You look at the way he runs so easily; he’s got a natural form. Also, he’s not arrogant. He’s not conceited about his gift. And as a result, by his very nature, he becomes a de facto leader. He brings a sort of leadership by example. And on top of that, he is a good runner… And he’s supportive as well.”

Races are where Patrick feels most at home. So it makes sense that Patrick is the one heading warmups at cross country practice. It makes sense that his coaches enjoy his presence and call on him to lead. It makes sense, with all his leadership and enthusiasm, that a coach would give a minute and a half answer to the simple question: “What does Patrick bring to the team?”

If you thought that Patrick would be satisfied with only two extracurricular activities, you would be incorrect. Besides track and cross country, Patrick also takes part in Environmental Club and Robotics Club. Such an astute student is understandably in high demand. Yet, despite all these commitments, Patrick still finds time to relax and unwind. Kind of. 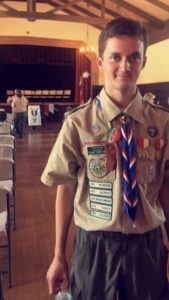 Patrick getting his Eagle Scout in 2016. The deadline was Valentine’s Day 2018.

Perhaps the real story here is not how gifted Patrick is, but how hard Patrick works. Yes, he’s talented. But his dedication is something to be admired as well. Patrick enjoys working hard. He’s the type to get up early to get an extra run in. The type to finish his Eagle Scout — a several-year process — over a year before the deadline. Patrick seems to get more motivated with every new achievement or award he receives. And perhaps that’s the scariest part.

I mentioned that Patrick might seem a little intimidating at first –s uch success can be daunting. Even when Patrick talks about his failures, he somehow is able to use these defeats to propel himself even farther.

“Not finishing at Clovis was a low point,” he admits.

For those who aren’t in the know, Clovis a very big, very competitive cross country meet where many of California’s best runners participate. Christian Brothers only sends its seven best runners to the prestigious meet.

Not finishing a race is obviously bad. However, Patrick is never one to get down or give up either.

“I think that Clovis really allowed me to reset and focus on training harder and finishing the year strong.”

Talent, hard work, and determination — there are core values of Patrick’s. Patrick normally accomplishes whatever he sets his mind to. A triple threat, Patrick is not only determined, but he’s able to deliver on his promises as well.

I remember asking Patrick about his favorite movies and music. But Patrick insists he holds no favorites.

“Music, movies, and [pop culture in general] are pretty irrelevant to me. I would rather do other things like spend time with friends and family or something.”

It’s sad to say, but I instantly assumed that “or something” equated to running. And I wasn’t the only one. In a word association game I played with Patrick’s classmates before our interview, 7 out of 10 people said a word relating Patrick to his running ability. With such a consistent trend, it was around this part of the interview that I started to wonder. What does Patrick do other than run?

His answer actually left me speechless during the interview: “I can’t imagine life without running.”

Even during a follow-up interview, I distinctly remember Patrick asking me what he does other than running. Like I would know him better than he knows himself.

He’s a lot more than just a runner. And of course there’s a whole host of other students who share the same sentiments as me.

Fellow calculator and Patrick’s A set classmate Aeron Davies (‘18): “He helps me start off the morning right and brightens up my day.” 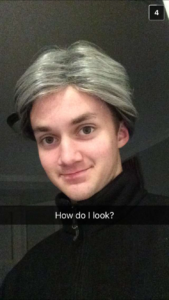 200-meter dash school record holder Kat Stenger (‘18): “He’s a really great person to talk to because he’s very easygoing and open to discussing anything. He also has a lot of goals in mind and he has this determination so you know he’ll achieve his goals.”

Son of Ms. Annette Romani, the vainglorious Justin Romani (‘18): “Patrick is a strong and loyal friend.”

Remember at the beginning when Patrick said he’s always paying attention to what others are doing? How could such an attentive person fail to list anything off a quite extensive list of his own accomplishments? How could he miss his impact on those around him? His impact on Christian Brothers as a whole? Is he just trying to be humble?

We’ll go with that. What a humble soul.

But just in case he forgets how fantastic he is, when you see Patrick in the hallways, do him favor and remind him what a great person he is. He says he wouldn’t, but I know Patrick would actually enjoy that quite a bit. Thank him for going to the same school as you. You and I are all truly blessed.

And if you can’t bring yourself to do that, maybe you could ask him to continue his wig-modeling career?