College is a magnificent time to travel and gain experiences that we may never get the opportunity to experience again. The tradition of the gap year gives us a taste of this, but why not go further than that? Why not study internationally? Studying in other countries is an experience unlike any other. It gives you […] 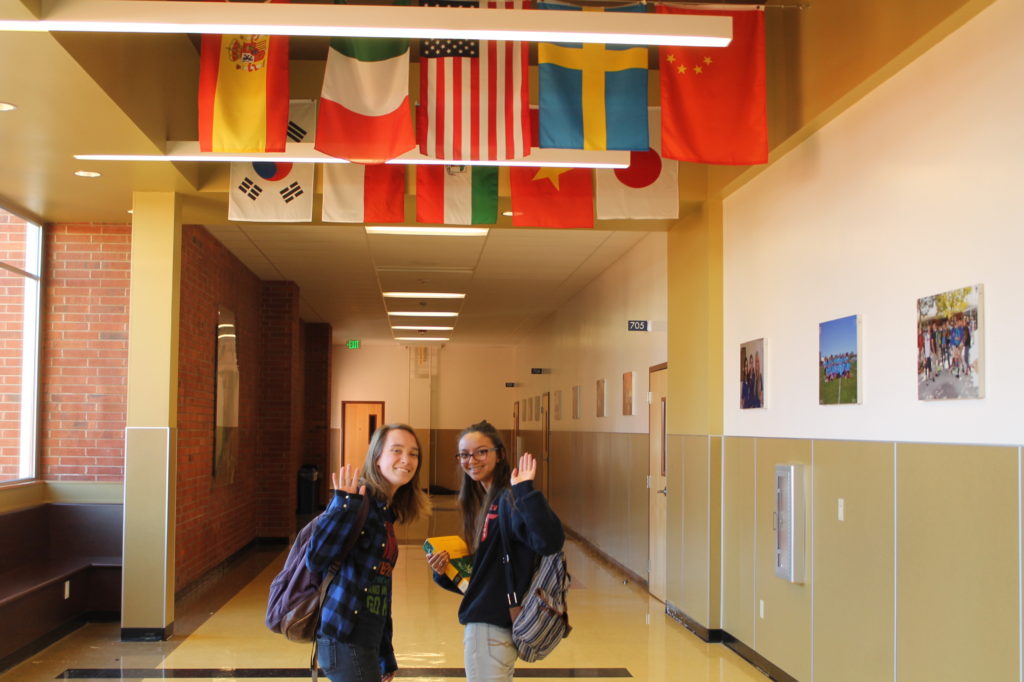 College is a magnificent time to travel and gain experiences that we may never get the opportunity to experience again. The tradition of the gap year gives us a taste of this, but why not go further than that? Why not study internationally?

Studying in other countries is an experience unlike any other. It gives you a taste of what life is like on the other side of the world and opens up doors to unique opportunities others don’t have. It allows you to be immersed in a brand new culture. It’s the opportunity of a lifetime — but where do you start?

“SAT, ACT, and AP scores are probably the most important things,” says college counselor Ms. Melissa McClellan, “because [the universities] know what those numbers mean, whereas they don’t really know our grading system. They don’t know what you’ve actually learned in your English or history classes. Everybody around the world takes the SAT, ACT, and AP tests, so it’s very well understood.”

Just like any other college, promising SAT and ACT scores are vital and will give you a promising application, but to really have a unique application, you should have passed at least one AP test in the subject you want to study. This may seem out of the ordinary for us Americans, but Europeans often have students take entrance exams in specific subjects to evaluate how well they know the subject they will enter in to.

Applying to colleges and universities in the United States can be difficult enough; applying to universities in countries you haven’t even visited previously can be extremely daunting. Thankfully, Ms. McClellan expanded on how to apply to international schools.

“Some of the international schools use the Common Application,” she says, “which is the same application that all the private schools [in the U.S] use, so it’s really easy to fill out. It’s very user friendly for students to complete and apply to schools with.”

Most students already use the Common App, so applying to international schools is as easy as adding them to your list of schools on the Common App website.

As far as difficulties when it comes to studying internationally, the only major problem that usually comes up is the financial aspect of it. Many people worry about the increased cost of attending university and living full time in a completely different country.

“For the most part, you can’t take any federal aid that you get in our country, out of country,” says Ms. McClellan. “There are some [universities] that will allow you to use federal aid from the U.S., but most of them won’t. So you and your family have to prove that you are financially able to pay for everything without aid.”

Fortunately, international tuition isn’t much more expensive than the tuition of schools in the U.S., depending on the school you attend, of course. Most private schools in the United States cost at least $20,000, but tuition can reach upwards of $70,000, and that’s not even including housing and living costs. The average tuition for a private school in the U.S is around $40,000 per year, which is the same amount of money you would spend attending St. Andrew’s University in Scotland for a year if you combined all the fees you would pay, including tuition, housing, food, two trips home, textbooks, and a student visa.

Many students may be put off by the idea of studying abroad, whether it be an issue of finances, grades, or not wanting to spend hours filling out an application. Thankfully, many of these issues are not even issues, as international tuition is roughly the same as tuition in the U.S., many schools accept the Common App, and universities tend to be more interested in test scores than your GPA. It is easier now than ever to study abroad. The only issue now — how do you tell you parents?