Beah Cruz: The Legend Behind The Swing

Christian Brothers High School is where many men and women thrive on the court, field, track, and pool. But what about on the green? The answer is yes! CB is home to Sacramento golf prodigy Beah Cruz (’17). Beah shared with The Talon her come-up from a young golfing baby to a California State Golf […] 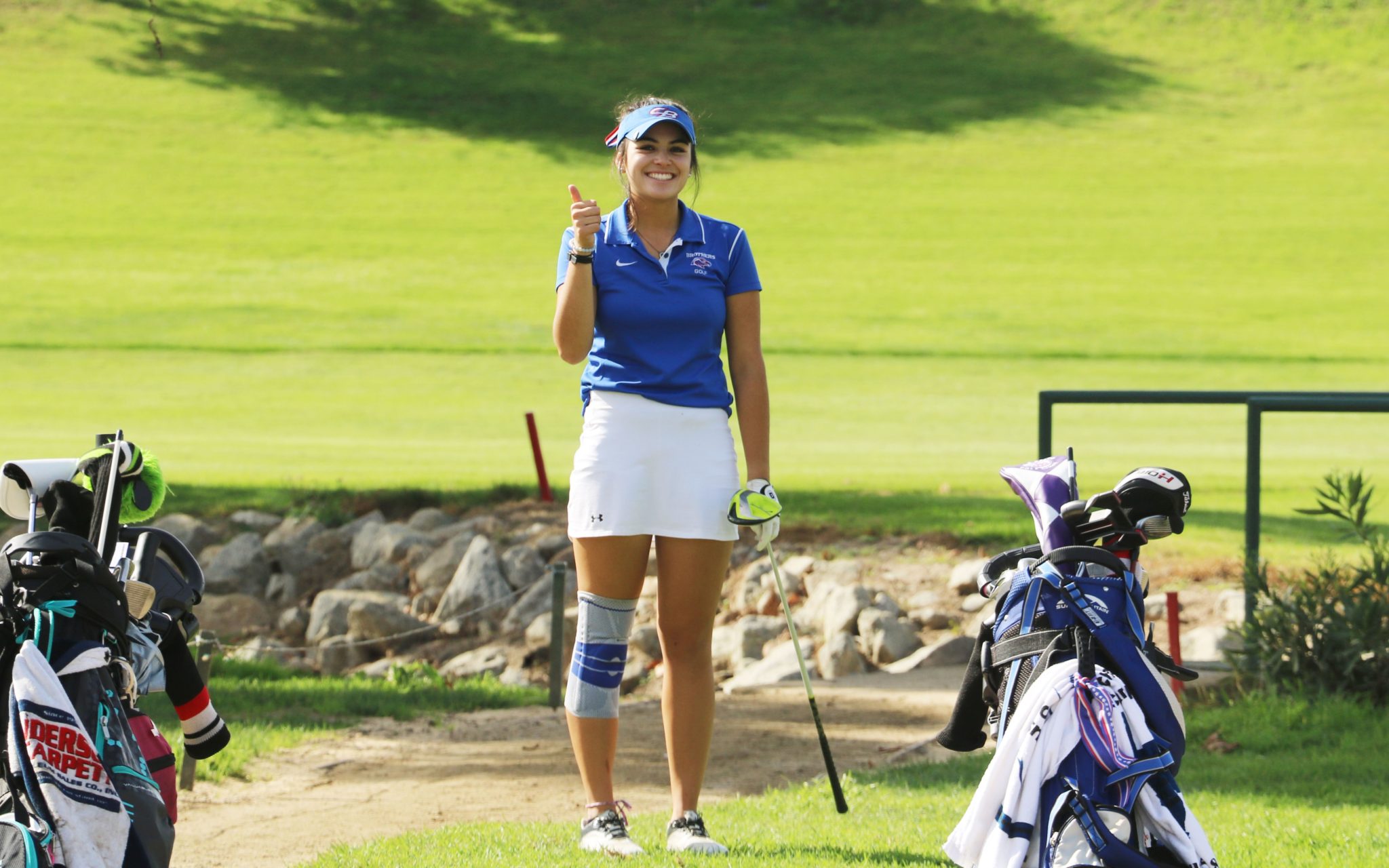 Christian Brothers High School is where many men and women thrive on the court, field, track, and pool. But what about on the green? The answer is yes! CB is home to Sacramento golf prodigy Beah Cruz (’17). Beah shared with The Talon her come-up from a young golfing baby to a California State Golf competitor.

Beah started golfing at the age of five.

“Golf was always just a family sport,” she said. “It just became second nature to me.”

“The hardest part of growing to be who I am as a golfer was practicing. It took a lot out of me and it was difficult at times to find the motivation to even go,” she said with a chuckle.

She told stories of playing with her beloved sister and told the Talon one of her fondest golfing memories.

“[My sister and I] were playing at the Silverado Golf Club and Resort and we had a bet of whoever lost had to do the dishes and laundry the next week and I closed out the deal and beat her to it,” Beah said, smiling as she reminisced.

Beah began to speak about her own challenges and superstitions while golfing.

“I always have to wear my retainer the night before a match and have to wear a ribbon in my hair during the match,” the golf prodigy said. “And I have to listen to music too. Recently, I’ve been jamming out to USA’s top 50 on Spotify.”

Even though Beah is killing it on the green currently, her career was not always filled with birdies and chip-ins.

“Some of my biggest challenges and hurdles I’ve had to over come have been finding my right swing. Practice, getting it right, and getting a comfortable swing that fits me.”

Beah explained that she has also faced many tough competitors and competition while golfing, but she always has support to lift her up.

“My biggest supporter is my sister — she’s always there for me, giving me advice and pushing me.”

But she also gives credit to CB’s own golfing staff.

“[The coaches have] been here and are experienced, and they try their best to show up to every practice. Shoutout to Mr. Steve Barsanti — he’s awesome”, she said. “The coaches have been some big supporters in my time at CB.”

Beah traveled to Rancho Cucamonga to compete in the 2016 CIF Woman’s Golf Championship where she placed 40th in the entire state. She’s made us all proud. But what’s next for her?

She laughed with humility when asked what was next on her journey, saying that she will “keep everyone updated”.

But it was not long before Beah kept up to her word and has recently, verbally committed to the University of Northern Colorado Bears. She hopes to make it official in March when she signs her letter of intent.

As Beah finishes off her golfing career at CB, she looks into the future, filled with more opportunities, more greens, and more success. She’s left her mark here at CB and leaves with some key words about the sport of golf and a message to the golf haters:

“Golf is a real sport! You walk more than three miles every match. You have to swing a club onto a little white ball and get it into a small hole in the least amount of strokes,” she says. “The competition is tough, and everything you do affects the final result, so I’m pretty sure golf is a pretty difficult sport.”