Social media in most teenagers’ lives is almost essential. Regular visits to Snapchat, Instagram, and Twitter are how many Falcons start and end their days. It’s addicting to have the whole world at your fingertips. I personally have been on social media since I was in the fifth grade. Buzz on Gmail was the place […] 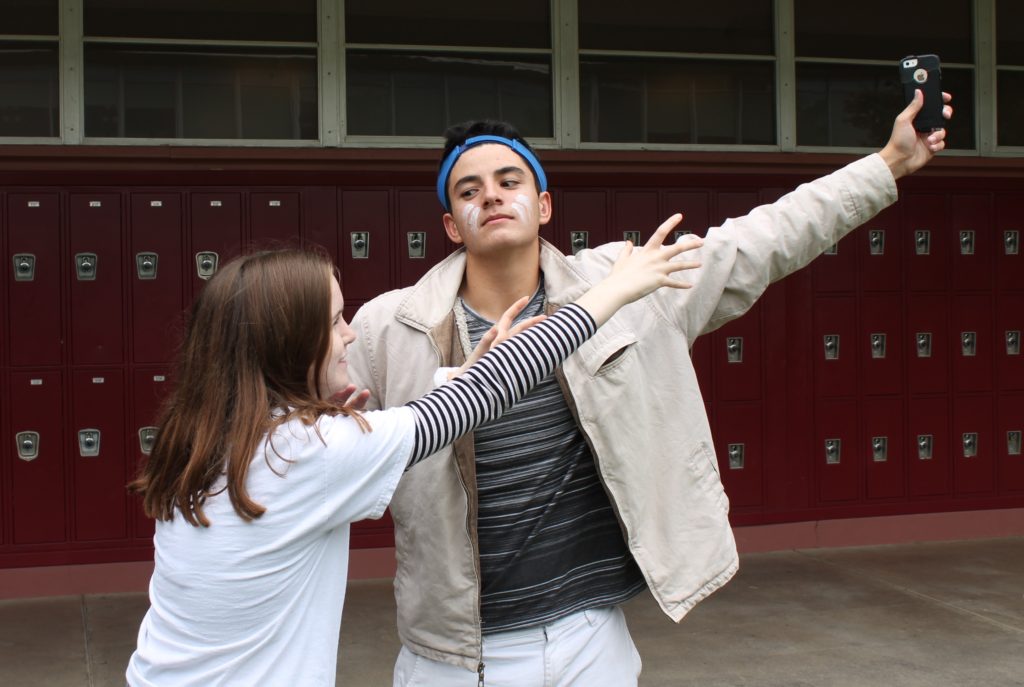 Social media in most teenagers’ lives is almost essential. Regular visits to Snapchat, Instagram, and Twitter are how many Falcons start and end their days. It’s addicting to have the whole world at your fingertips.

I personally have been on social media since I was in the fifth grade. Buzz on Gmail was the place to be when I was eleven. Being connected at such a young age makes being away from social media so difficult. Even the idea of losing a snap streak makes me cringe.

I took on the challenge of giving up my social media for a week. I expected that I would have some withdrawals at first, but at the end of it, would I even need social media? I’ve learned previously that social media makes you live your life for other people, and I’m intrigued on how I will feel when I voluntarily give it up.

And so my journey back to “a simpler time” begins.

First Day: I woke up with Snapchat updates saying “streak” then I moved on with my day after making sure each one had gotten a reply. During C set, I deleted all my social media apps (Snapchat, Instagram, Vine, and Twitter) to start my week long cleanse.

It’s strange to see things around that I would normally Snap but can’t. My brain is so used to having this constant need to share everything. It’s something that comes with this generation, which is concerning. Does everything revolve around what other people perceive my life for? It comes down to that. I wouldn’t be so intrigued with social media if I didn’t care or didn’t want immediate connection with my peers.

At the same time, social media makes things a bit more interesting. I feel like I’m in the know if I’m on Twitter or Snapchat. I know where people are, what people are doing, and feel included in my community as if people are sharing their lives with me, even if I don’t have the chance to be with them in person.

Second day: During the weekend, it’s quite odd not to have the ability to see what everyone else is up to. I fear I might be missing out on something somewhere. Although it is quite relaxing not to be unconsciously comparing my Friday night with others…

Third day: During the afternoon I wanted to plan my evening but typically I don’t text on iMessage but rather communicate over Snapchat. This caused me a dilemma because I didn’t know how to quickly and easily contact my friends. Social media allows for an immediate connection with everything, and not having it when you need it is extremely irritating. Media gives quick access to contact with anyone you need without having a number usually by sliding in the DMs.

Fourth day: Teenagers are easily influenced by social media. While I was at a friend’s house just relaxing and they were scrolling through Instagram, I could tell that she was getting drawn in by other people’s life’s. Seeing everyone obsess over people or things on social media makes me believe that it is a way of connecting but it can often disconnect us from ourselves.

Having so many different influences from media can change the way we view our own lives. It can give us the sense of a false reality when we see others experience things we can’t necessarily do. Social media makes many envious, so it’s critical to think of social media with the proper mindset: social networks are great for staying connected, but you can’t let other people’s lives impact your self esteem. Many of my friends have wished to be in the shoes of another. Just remember that the life on screen may not truly be what you perceive.

Fifth day: Normally when I’d get home from school I just spend a good amount of time on my phone wasting time in anything possible to avoid homework. Social media is one of my biggest distractions. Not having it has helped me concentrate on school work. I’ve been more productive without the constant urge to be on my phone. Usually when I have my social media, I use it to procrastinate, so without it I get more work done.

Sixth day: I have had many experiences with social media overpowers the experience itself. A good example are concerts — trying to share all of it but not being focused in the present time takes away from the event. Not having to document or scroll threw media allows for me to enjoy myself. Even the simple things like if someone does something funny or interesting.

Expanding your horizons exploring social media can be interesting, but there is a time and a place for it. It’s a bit annoying to be with a group of people and have them all be on their phones. My peers who spend more time on their phones rather than focusing on face-to-face communication when given the chance make me question the amount of time people spend on media. It seems that some are imprisoned by social media. The absence of it opens my eyes to the issues that it has made.

Seventh day: Getting rid of social media for a week has been an uplifting experience. It’s difficult to do at first, but after the first couple of days you start to get used to it. I highly recommend a week long cleanse for everyone. It’s empowering not to be tied down to your phone. Plus you start to live your life for yourself, not for what people see you for. But the main reason I was excited to get back on it was for the PSAT memes on twitter.

Social media is a great an exciting way to create new connections with your peers. I was happy to be back in that connection. But it’s very tiring to constantly be with the times. There is definitely a balance between the good and bad aspects of social media. A break is necessary every once and a while and can make you have a new prospective.