Eight months of pure silence, Twelve more days ’til I’m okay. We’re not here until we try it. What sound will you give and take? I’m not one, I don’t win unless it’s right. Jump the gun, I’ll be staying here tonight. **Cue face melting G major chord** Never heard these lyrics before? That’s […] 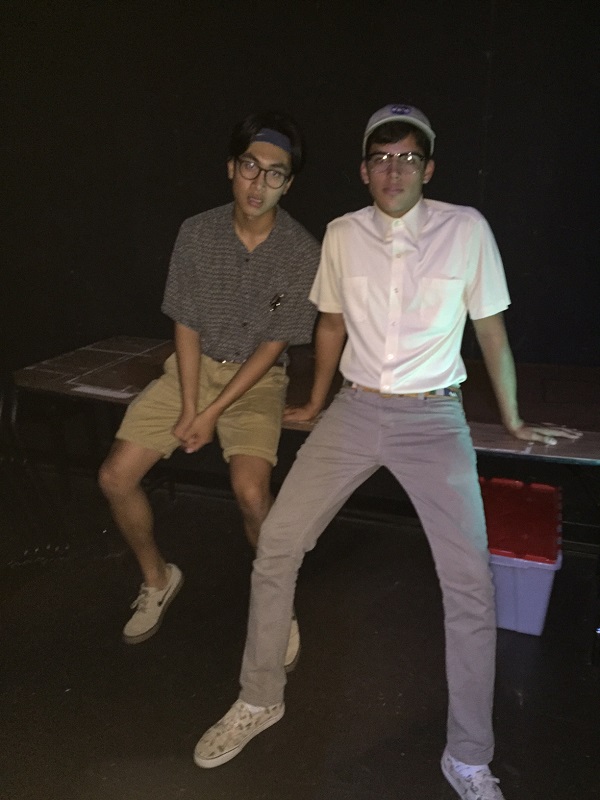 Eight months of pure silence,
Twelve more days ’til I’m okay.
We’re not here until we try it.
What sound will you give and take?

I’m not one,
I don’t win unless it’s right.
Jump the gun,
I’ll be staying here tonight.

Never heard these lyrics before? That’s because they haven’t been published on Spotify or Apple Music…yet. . .

CB’s own Joseph Nazareno (’17) and Fernando Gil (’17) recently took their life long tenure as best friends to another level. They are now the greatest singer/songwriter duo Christian Brothers High School has ever seen [Editor’s Note: This is debatable].

The No Sweater – EP was just released to SoundCloud this summer and The Anything, Man (the group’s proud pseudonym) has become one of the Talon‘s hot new artists to watch. They have been collaborating for quite awhile now, but this EP marks their first solid, independent collection of songs. All four songs were written and produced by Joseph and Fernando — and all four are pure gold.

The Anything, Man is not just another project for these two. The movement began long before No Sweater – EP was released.

“The whole band process started a couple years ago,” Fernando offered, “but it wasn’t until this summer that we decided to finally release something.”

Songwriting is no easy task, however. But these best friends kept working and never settled for anything less than what they loved.

“There were a lot of long nights involved,” Fernando continued. “I would go over to Joseph’s house and we would just start writing music. Joseph is the producer of all the melodies and I would mainly just help with the songwriting. I’d come over and we would both just feel inspired by some crazy emotion and that’s how we decided to get it all started.”

Art is and will always be the product of emotion, and Joseph and Fernando have captured that sentiment and finally put pen to paper. The results speak for themselves.

Next up was the voice on the album, a voice that reminds us of soft Timberlake mixed with a higher Frank Sinatra. We asked the singer, Joseph Nazareno, about the history behind the band name, The Anything, Man.

“I have a list on my phone of possible band names, and that was one that sounded pretty cool.”

Lucky are those who get to see that list, and maybe if you see him around campus, ask him for a peek.

The album is extremely inspired, written about real situations and real people.

“The music that I write is mostly just stories. I imagine myself in certain situations, or imagine other people in situations and I just write stories off of that,” Joseph explained. “The first song that I wrote, I wrote on the day of my sophomore math final review day. So instead of studying for a final, I wrote a song called ‘Satellite Daydream’ and then I recorded it on the same day. And I did not study for the test and I ended up failing the final, but it was worth it.”

“I’m in it for the music. Of course I put emotion into everything I write, everything I do,” Fernando said. “But once a song is out there I’m more about the music. I think the lyrics are something for other people to enjoy.”

Take a listen to this album. The Talon did, and we have been listening ever since. After all, the city’s screaming out for us to stay.

Don’t understand that last line? Take a listen to find out. You will not be disappointed.