The Christian Brothers varsity football team continues to shatter expectations with a win a 21-14 win over the Burbank Titans last Friday in the semifnals of the D-III Sac-Joaquin Section playoffs. Burbank established a quick lead in the first quarter, making fans nervous. “I thought it was over,” fan Ike Hollins (’17) admits. “I almost […] 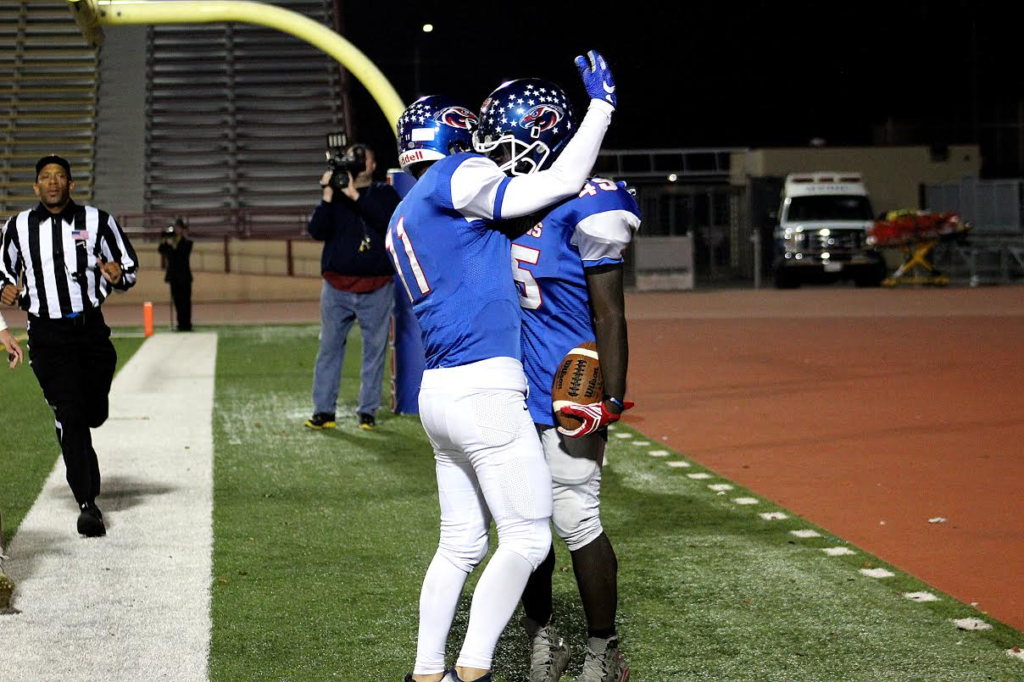 The Christian Brothers varsity football team continues to shatter expectations with a win a 21-14 win over the Burbank Titans last Friday in the semifnals of the D-III Sac-Joaquin Section playoffs.

“I thought it was over,” fan Ike Hollins (’17) admits. “I almost left at half time because it was simply too painful.”

The Falcons returned to the locker room at half time down one point, but as athletic director Mr. Dale Milton pointed out, “the team never quit.”

CB sealed their victory during the fourth quarter, delighting fans brave enough to sit through the crisp weather to cheer our boys on. The 11th seeded Titans had to kiss their section championship dreams goodbye as CB crept closer to hanging another blue banner in the gym. 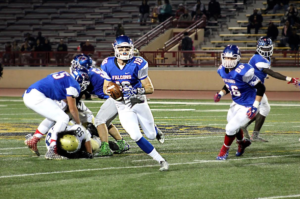 “Though we had a good game, there is always room for improvement,” senior quarterback Tyler Vander Waal (’17) admitted. “I want us to come out faster and not wait until the second half to really get things going.”

Throughout the game, the Falcon defense did give a little, but they never broke, eventually pushing back Burbank. The embodiment of the team’s worries came in the form of Burbank defensive end DJ Johnson.

“Our preparation really did pay off when it came to Johnson,” Tyler said about their pre game tactics.

Offense came alive during the second half Vander Waal nailing Matt Marengo (’17) with a big pass that helped the Falcons come out on top.

The last time fans had an opportunity to cheer CB this far through the section playoffs occurred during the 2013-2014 season, when the team fell to Sacramento High in the section semfinals. The last time CB claimed a section championship was 1981.

Through a combination of coaching, training, and the philosophy of former UCLA Coach John Wooden, the team has had great success this season. The team heads next to American Canyon, where they will face off against the 2nd seeded team without a home field advantage. Though a bus will not be provided for fans, the drive is only an hour, and the entire team would love to hear their fans this Friday. 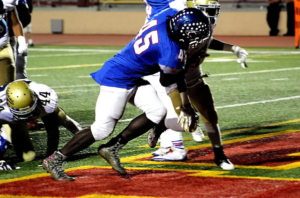 If CB wins against American Canyon, they will have to win one more game to be called section champs.

“The increased exposure from this season will only continue to benefit us,” Mr. Milton admits. “Hopefully it will help us attract talent that allow us to do this well in the future.”

Either way, the CB community will continue to be proud of their football team’s success and cheer them on for the rest of their season.