Some might know him as the extremely spirited junior, or just one of the many blonde kids from Woodland, but most don’t know his hidden role — The Clipboard King. The job of a lifetime started when Sam Tanberg (’18) instantly created relationships with his football coaches. They knew he was capable of being […] 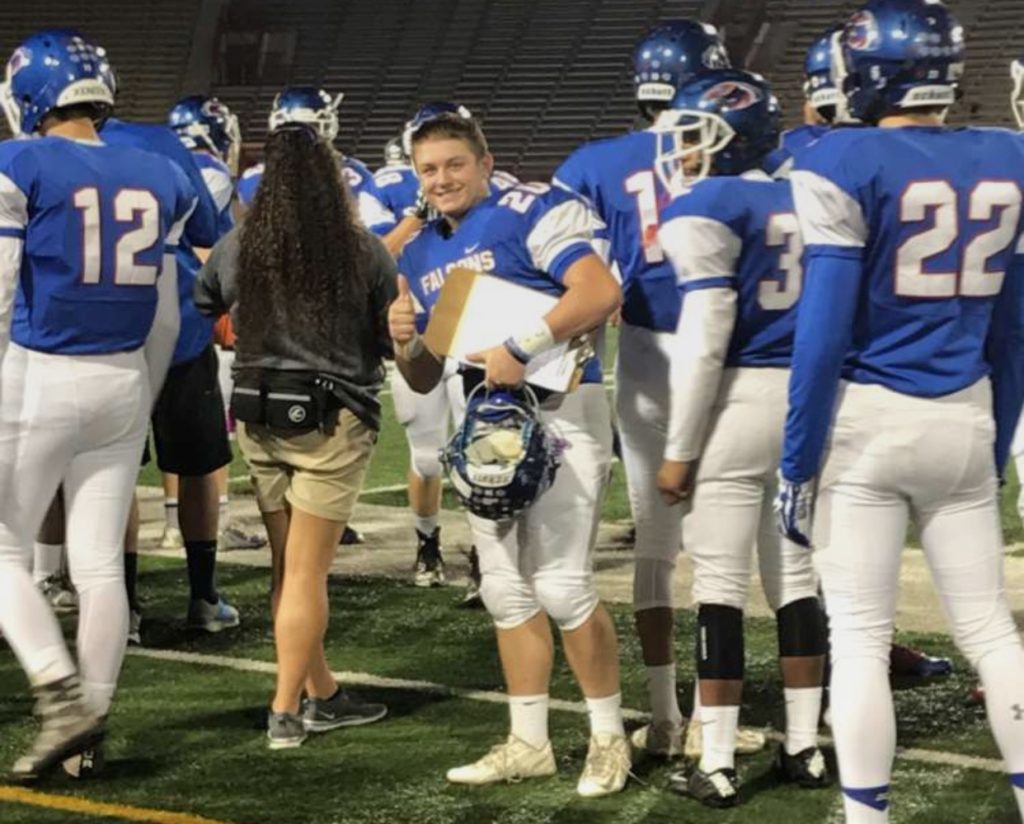 Some might know him as the extremely spirited junior, or just one of the many blonde kids from Woodland, but most don’t know his hidden role — The Clipboard King.

The job of a lifetime started when Sam Tanberg (’18) instantly created relationships with his football coaches. They knew he was capable of being a joker, but serious in appropriate times.

Sam feels that the coaches felt confident that he could stay focused and help them out with every offensive play. Since Sam maintains this double role mentality, he got something he never imagined — the privilege of being Christian Brothers varsity football teams own Clipboard King.

During games, Sam writes down every offensive play the team runs. He then points out the success to the coaches where they are able to see if they should continue to use it or try something else.

“I feel like a vital asset to the team because if nobody was keeping track of which plays were successful and which ones weren’t, we wouldn’t know how to finesse the defense — which we do quite often,” Sam said with a shrug.

This job not only has been enjoyable for Sam, but it has become a lifestyle.

“While on the field I have to make sure I’m staying aware of what the team is doing. I have to keep alert at all times and memorize the different signs so I can write them down for the right plays,” Sam said with enthusiasm. “It might seem easy, but it’s not.”

From the hand cramps to the marker stained hands, Sam has been through it all.

“The job might seem like a walk in the park, but it is far from it,” he says assuringly.

Sam looks forward to the Friday night lights where he can be in a friendly environment alongside his friends, playing one of the most beloved sports in the world.

He expresses that he has never been more proud of a team and the success that they have received this season. Sam voiced that he thinks the team can continue to keep their season going as long as they play like they have these past few weeks.

Sam also feels that football has brought the team together as brothers, and it is going to be especially sad for the team to see such talented seniors leave this upcoming year.

“It’s going to feel like watching a sibling leave for college,” Sam said with a quiver in his voice.

This football season has brought nothing but laughs, new records, sore voices, and of course Ws. This would not be possible without a killer coaching staff, including the one and only Clipboard King.
Next time you see number 20 standing out on the field gripping a clipboard, just remember how “crucial” his job is and always remember that Sam didn’t choose the clipboard life — the clipboard life chose him.