You are here: Home \ Arts \ Featured Posts \ They Don’t Play Around
Arts
0

They Don’t Play Around

The George Cunningham ’40 Performing Arts Center sits empty, and an unfinished set for a townhouse sits center stage. Behind the curtains, you’ll find blueprints and props. The building sits in anticipation, but for what? On Friday November 11th, Christian Brothers High School’s production of The Royal Family hit the stage, certain to bring the quality […] 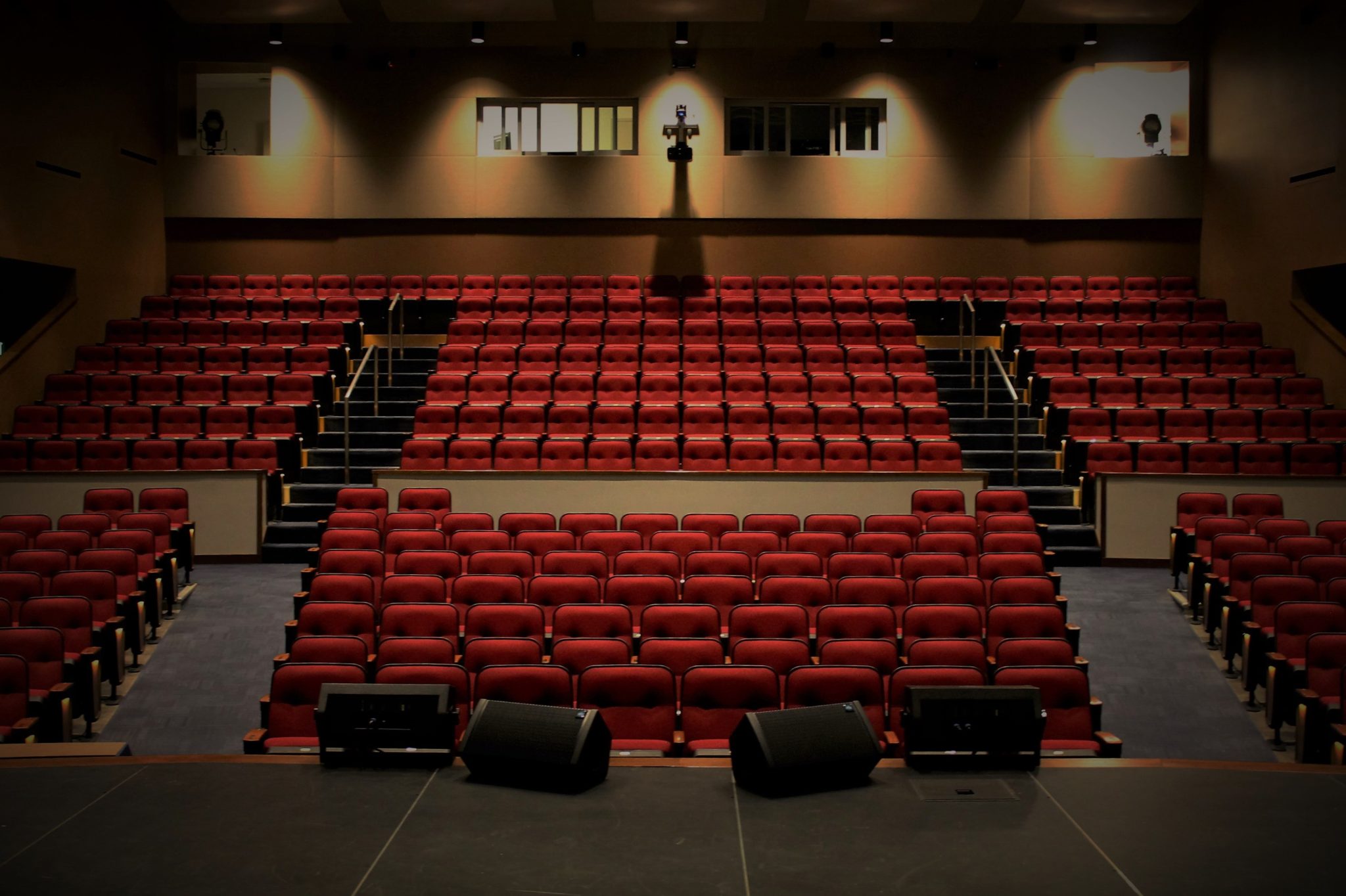 The George Cunningham ’40 Performing Arts Center sits empty, and an unfinished set for a townhouse sits center stage. Behind the curtains, you’ll find blueprints and props. The building sits in anticipation, but for what?

On Friday November 11th, Christian Brothers High School’s production of The Royal Family hit the stage, certain to bring the quality acting and lighthearted laughs that have become trademarks of the CB theater department.

This year boasts an incredibly talented cast of actors who are dedicated to putting on a great show.

“I have been in all of the plays and musicals since my freshman year,” he says. “Then I’ve also started performing at Flying Monkey Productions, a local Sacramento theatre group.”

This year, the theater department has selected the play The Royal Family by George S. Kaufman. Set in the 1920s, the play follows the elite Cavendish family, a dynasty of Hollywood actors based on the Barrymore family (yes, as in Drew Barrymore). Many of the characters face indecisiveness: should they continue their legacy in the theater, or leave and pursue other dreams?

“It’s a comedy, but it also has some touching themes,” says Theatre Manager Ms. Heather Christianson (’01).

Jacob ensures us that the play will definitely be entertaining.

“This family gets out of control a lot, so it’ll be fun to see your friends yelling at each other and causing chaos.”

In fact, the mild-mannered Jacob Cherry will himself play an angry drunk who gets into a lot of trouble.

Behind the scenes of all of the laughs and merriment on stage, the production of a play demands an incredible amount of preparation.

“We actually chose to do this production in about November of last year,” Ms. Christianson explains. “You really need to think about it that far in advance because you need to evaluate expenses, how much time practice will take…and if we can meet the lighting, sound, and building needs of the show.”

The construction of the set takes a lot of effort in itself. To build it, Ms. Christianson and a team of student and parent volunteers worked for a total of nine Saturdays so far — and there is still much to be done. This includes everything from planning, painting, carpentry, and even laboriously adjusting the lights on the ceiling.

“If you think about it, that means that the whole set goes up in a little over nine days,” she says. 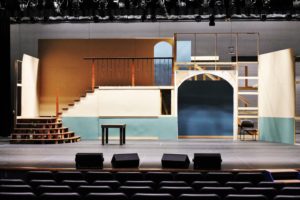 The set for The Royal Family, still under construction

As one could imagine, the actors have an incredible amount of work to do over a very short period of time. On day one, Director Mr. Michael Jackson gives all the members of the production a schedule of the tasks of each day and who’s needed at rehearsal.

“It’s very smart; Mr. Jackson is a firm believer in not wasting people’s time, but there is a lot of advanced preparation needed to pull that off,” states Ms. Christianson.

And time is a big obstacle for a high school production. A professional actor would get eight-hour days for four weeks, which adds up to about 160 hours. The actors for The Royal Family will get about 75-80 hours total.

Including the more routine tasks of learning lines and practicing cues, some of the actors are required to learn interesting new skills to ensure that the play is nothing less than perfect.

“There’s a sword fighting scene, so I have to practice that,” says Jacob, with a hint of exasperation. “But that’s also cool, because it’s not every day that you learn sword fighting.”

The cast’s endless work will pay off on The Royal Family‘s opening night, and it will surely be a production worth watching.

“The fact that you see the product as good as you do is a big testament to our actors,” says Ms. Christianson, proud of the quality shows that CB students perform year after year. “You will be amazed by what your peers can do, and the hard work that they have put into this really comes to life on stage.”

“It will make CB proud.”