‘Work it, work it, work it, fierce.’ *camera flash* ‘The camera loves you darling!’ Peter Levis (’17) doesn’t hear his adoring paparazzi – he’s in the fashion zone. The Talon interviewed GQ Club icons about what it takes to be the next Ralph Lauren. While some struggle to pick up a keen sense of style, […] 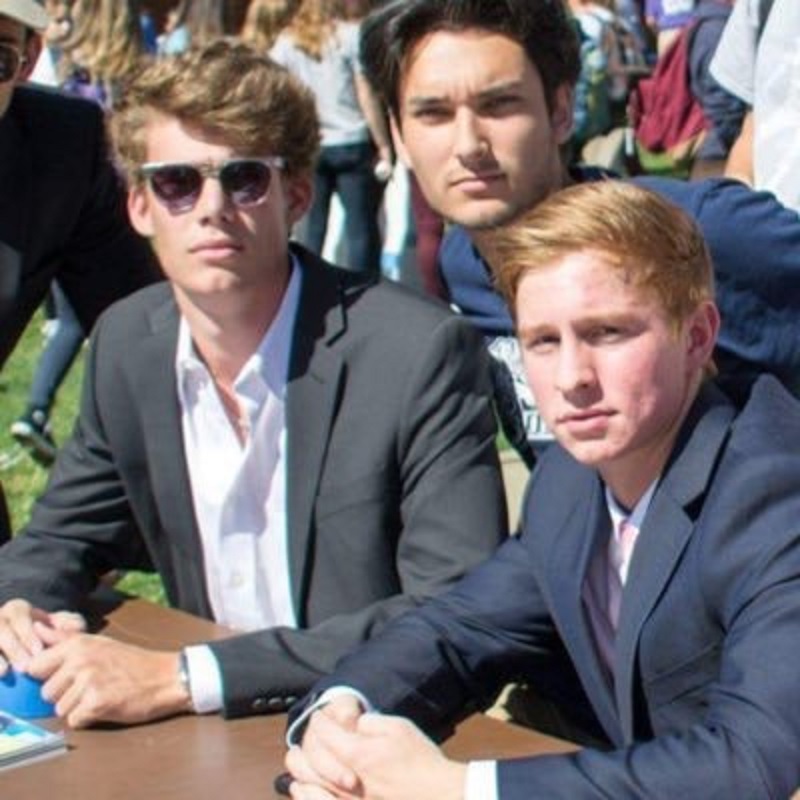 ‘The camera loves you darling!’

The Talon interviewed GQ Club icons about what it takes to be the next Ralph Lauren. While some struggle to pick up a keen sense of style, Peter has it in his “jeans”.

“I’ve always taken an interest in fashion,” Peter explains, “but also another reason that I chose to lead was that my brother was the leader of the club three years ago so I felt a duty to carry on the legacy.”

Anyone who knows the Levis boys has witness their clothing acumen. Joe Macaulay (’17) stands by Peter in that he was raised to be quite the dapper gentleman.

“I’ve always cared about fashion and how I dress since I was little,” he claims.

Joe grew up strutting his stuff as a childhood model. He strives to encourage others to embrace their own uniqueness.

“I think it would be really cool if other kids wanted to be different in the way they dressed and not be all ‘basic,'” he proclaimed.

We all know Max Verspieren (’17) as the water polo stud, but few know he moonlights as a fashionista.

“I wanted to help run this club because I think fashion and trends are interesting, and I like seeing what is cool and stylish,” Max said. “It’s a way to express yourself and anyone can do it.”

There may be new people in charge of such a popular club, but the crew is seeing huge improvements in participation and style.

“Overall we are very excited about our turnout,” Peter boasts.

Although they do not interact with students every day, the GQ club has been planning big things behind closed doors.

“Due to scheduling issues and the cost and time to run shows our plan is one show in the spring,” Peter explained. “We are still toying with the idea of having people showcase their prom outfits the week leading up to prom at all-school lunch.”

So, ladies and gentleman, the moral of the story is if you want to be a QT, you should join the GQ.