Remember in elementary school when you had a class pet? Usually it was something cheap and low maintenance, like a guinea pig that was a little bit too chubby and had a different name every year. During school breaks, classmates had to fight to bring it home and take care of it, where you overfeed […] 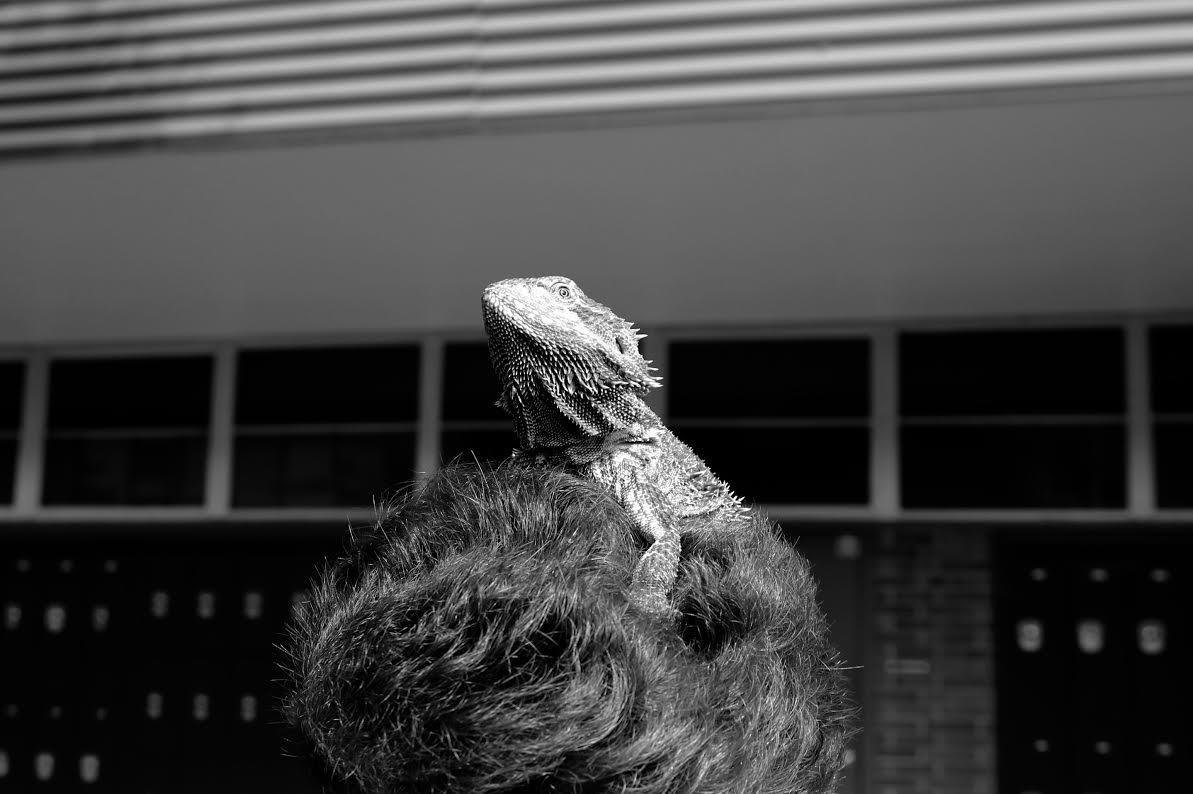 Remember in elementary school when you had a class pet? Usually it was something cheap and low maintenance, like a guinea pig that was a little bit too chubby and had a different name every year. During school breaks, classmates had to fight to bring it home and take care of it, where you overfeed it, probably lose it once or twice, and go through a period where you think the guinea pig is almost dead. But somehow, that chubby little guinea pig always makes it back alive to the classroom after every break to the delight of all the kids that call it theirs.

To our inner child’s disappointment, having an animal in a classroom is something of an oddity. But, if you need an animal fix, feel free to embark upon a safari of rare and exotic animals housed in CB’s science teachers’ very own classrooms. 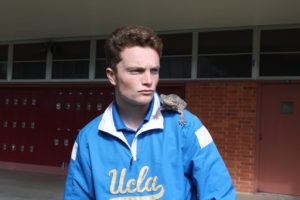 The Talon’s Patrick Barnes (’17) strikes a pose worthy of a GQ cover with Lizzy the Lizard.

First stop on the CB’s Safari is room 108, also known as the Wild Jungle of Mr. Danny Delgado ’79. Housed inside this classroom are three of the most terrifying animals ever seen. Lizzy the Lizard can often be found flopped upon her log, absorbing the sun rays. But don’t be deceived by her seemingly harmless appearance. This seven-year-old bearded dragon can change colors when she is upset and, when especially aggravated, puff up and hiss.

If Lizzy isn’t scary enough for you, look to her roommate, Flare, a beautifully colored snake just waiting to be pet. Flare is also around seven years of age and spends her spare time playing her favorite game: hide and go seek. But beware, when she is “hangry,” she can bite.

Our last stop before we move to our next classroom is a quick fly by Mr. Delgado’s extremely aggressive turtle, affectionately nicknamed Yurtle by his students. If you feel like losing a finger, feel free to snag Yurtle right out of his watery oasis and attempt to hold him. If his spirit doesn’t startle you, his determination to bite you sure will. Mr. Delgado has picked these fascinating animals to display because they are low maintenance. He also doesn’t mind that they “attract students, meaning they are great educational tools.” 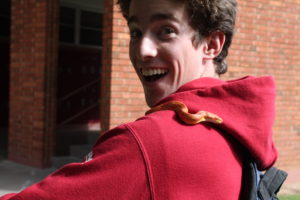 If the Wild Jungle of Mr. Delgado was simply too terrifying for you, take a quick stroll to Ms. Doreen Virk’s Calming Oasis. Take time to sit down and meditate while gazing upon her newest beta fish. Despite being only three months old, this beta fish has the wisdom of a Jedi and can help you understand more about what life has to offer. Your meditation may be disturbed by the highly abundant number of freshmen. Please take precaution and do not feed the freshmen. They can be incredibly loud if provoked, or even join you in meditation to fulfill Ms. Virk’s mission of “allowing students to develop empathy for animals.” 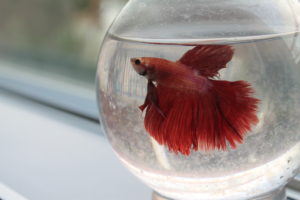 Our last stop today will be Ms. Nicole Brousseau’s room to observe the infamous E. Coli and Salmonella. These two turtles are about the size of your palm and around ten years of age. They may originally fill you with zen while you observe them paddle around their tank, but beware of letting them out. Both are extremely slippery and love to disappear under tables and hide for days. Their roommates are the fish Ms. Brousseau often has to renew every school year, allowing safari partakers to view a rotating array of species. 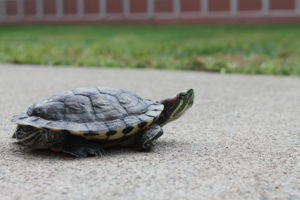 E. Coli attempts to escape from the Talon staff during a photo shoot.

Well, we are at the end of our Safari, but feel free to return soon. That is, if you are brave enough. Feel free to stop by and wave at Lizzy or E. Coli, but always make sure to ask permission first!