For most American students, the end of high school begins the next stage of the academic track at a college or university. However, during the last several years, there has been an increasing trend in the US that closely mirrors its European neighbors — more students are taking gap years. A gap year is a year-long period during […] 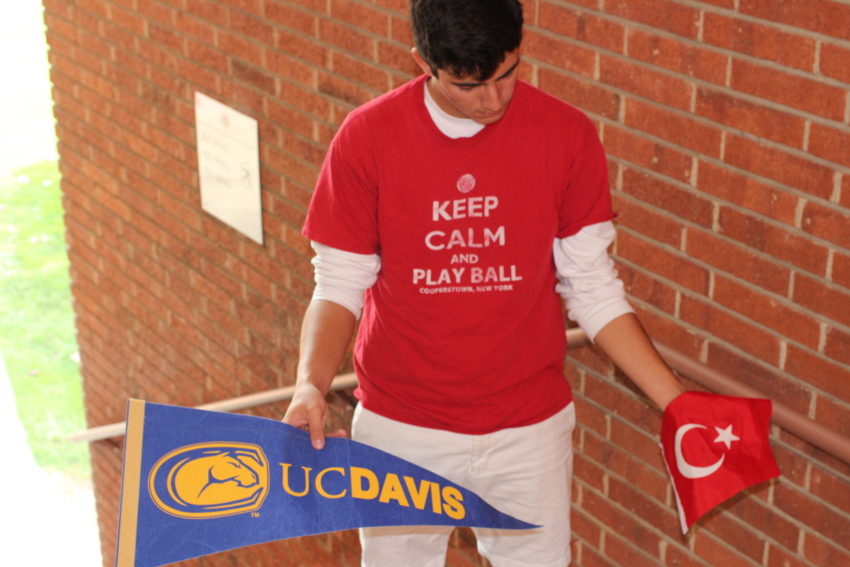 For most American students, the end of high school begins the next stage of the academic track at a college or university. However, during the last several years, there has been an increasing trend in the US that closely mirrors its European neighbors — more students are taking gap years.

A gap year is a year-long period during which a person, typically a recent high school graduate, will take a hiatus from the classroom in search of an enriching experience, often found through travel. Some view the year off as a refreshing, beneficial journey that gives young people more time to discover what is important to them and a chance to take in more of the world at home or abroad. Others make point of the drawbacks, mentioning how students fall behind academically or lose motivation for schooling all together.

The American Gap Association (AGA) has recorded statistics that show that gap year attendance by high school grads is up about 20% since 2013. The AGA also conducted surveys of the gap year attendees to determine what the main motivation was to take a year off. The top three answers were to gain life experience/grow personally, travel and experience new cultures, and take a break from the academic track.

The chance for a young adult to grow and experience a new culture or simply develop as a person seems like a positive idea. So why does the American stigma against the gap year exist?

The answer can be found by observing the roots of American tradition. One would be hard-pressed to find anything Americans value more than work ethic. U.S. society is remarkably structured and shaped by certain points of emphasis. The importance of working hard is no exception.

From a young age, kids are taught that it’s important to work hard in school, get good grades, and then go to college and work just as hard to make a career for yourself. Students are hesitant to take time off and worry about falling behind if they choose to do so.

Senior Matthew DeSimone (‘17) is skeptical of gap years for the same reason.

“Honestly, I haven’t considered it and I don’t think I would,” the senior says. “Everyone I know would be a step ahead of me in their education, and I feel like that’d just transfer to careers and life.”

For other students, it’s less about personal values and more about listening to parents. Parents are often pessimistic about the idea of their child taking a year off, worrying that he or she would lose the motivation and drive necessary to return to and succeed in school.

“I do think some kids [who take gap years] may be less motivated to go back to school after being free for a year,” fellow senior Joseph McCauley (’17) says.

Many of the students mentioned concerns about money. A majority noted that their folks would be paying for their college tuition, and questioned whether their parents would support the idea of also paying for a gap year.

Sam Clark (‘17) sees the situation from the parental point of view.

“[A gap year] is really expensive, and my parents are already paying for my college,” he says. “If I were them, I don’t think I’d want to pay for a gap year too.”

Some students reasoned that if their parents were going to support them financially through college, they would rather have them get it done with no breaks.

Devon Paulding (‘17) is less concerned with the potential cost of a gap year. He cares more about the impact that the year would have on his ability to finish school quickly.

“I’ve always been excited about college and the idea of learning things that I actually am interested in and not things that I’m told I have to learn,” explained the senior. “I’m also not a huge fan of school in general, so I think the faster I can get it done the better.”

Remi Kirrene ‘(17) agrees that finishing school first is the way to go.

“I am the kind of person who would just want to get done [with school]. I totally am planning on traveling around the world, but I want to be done with school before I do.”

Of the 21 CB seniors interviewed, all but three students said they would at least consider taking a gap year either before or after college. Although Libby Sparks (‘17) does not plan on taking a gap year, she believes the positives outweigh the perceived negatives.

“There’s a stigma that [a gap year] is a break and people just wanting to chill, but it’s a great opportunity for young people to participate in meaningful travel and volunteerism,” she says. “I think that it can help refocus students who are obsessed with grades to develop a broader view of the world.”

Like Libby, Mariel Dozier (‘17) doesn’t plan on taking a gap year, but her cousin’s experience could change her mind.

“If I took one, I would want to travel — which is so cliche, but my cousin is doing it right now, and it looks amazing.”

One CB senior who has actually applied for a gap year is Fernando Gil (‘17). Fernando’s decision is not yet set in stone, but he did explain why he made his choice.

“I’m in it for an out-of-country experience. If I took a gap year, I would become an exchange student in another country in order to place myself completely out of my comfort zone and enjoy the thrill of learning a completely foreign language.”

For all the benefits and good fun a gap year seemed to most of the seniors interviewed, Nick McHale (‘17) summed it up best.

“I would definitely consider [a gap year] because that would be an amazing experience to travel somewhere before going to college, just to get some experience with the outside world,” the senior says. “But I’m not planning on taking one because I want to get all my schooling done with as soon as possible so I can travel afterwards and not have to worry about getting back in a year.”

Although many would consider a gap year, and most students could even acknowledge positives whether they would consider taking one or not, the general consensus was that ultimately they wouldn’t make the leap. The fear of the unknown weighs heavy on the decision-making process, but it’s fair to reason that if the increasing number of American students electing for gap years continues, the negative stigma surrounding the gap year might soon disappear.