Why November 8th Won’t Be Great

Are you tired of this presidential election? I am. I’m not normally one to follow politics. That being said, I’m checking up on election coverage almost as much as I’m checking PowerSchool these days. It’s kind of like watching someone get rejected to Homecoming; you want to stop watching, but you can’t quite do it. […] 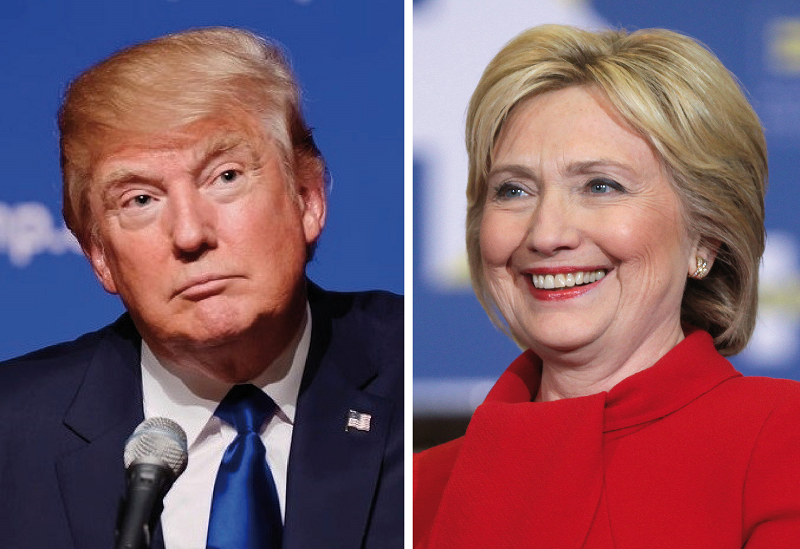 Are you tired of this presidential election? I am.

I’m not normally one to follow politics. That being said, I’m checking up on election coverage almost as much as I’m checking PowerSchool these days. It’s kind of like watching someone get rejected to Homecoming; you want to stop watching, but you can’t quite do it.

A large amount of conversation is dedicated to the election and its candidates. With controversial headlines and the polarizing effect of politics, it’s kind of hard to listen to some of these exchanges.

“It’s not that awkward when someone brings up politics,” says junior Saya Chhabra (’18). “It’s only awkward when they don’t take your side of the discussion.”

It’s hard to talk about politics because politics have always been divisive — that’s why we have elections. It seems that among this contentious split, some CB students have forgotten one of our core tenets: inclusive community.

One student, who wishes to remain anonymous, is a Trump supporter.

“It’s kind of hard to be a Trump supporter, especially here at California with so many people on the other side,” he comments. “I’m pretty sure people say things behind my back.”

That’s awful. But it gets worse.

When asked why he wanted to stay anonymous, our CB student only had this to offer: “Supporting him isn’t really popular,” he said with a shrug. “I don’t want to advertise something that could potentially make people treat me differently.”

That’s an issue. We need to respect the beliefs of others, even if we don’t necessarily agree. This “us vs. them” mentality, this separation between the supporters of the two (or three or four) candidates is wrong and goes against everything our school stands for as a Lasallian school.

Our election has created such a toxic environment that one of our students cannot stand by his beliefs because he is scared of backlash. And perhaps it’s all in his head. Maybe there would have been no repercussions if he allowed his name to appear in this article. But that’s irrelevant. The facts don’t change — our interviewee was scared of some sort of retaliation.

The election is scary enough. We cannot allow that fear to take hold of our school as well. Hate the candidate, not his or her supporters.

I support a candidate. But I still try my best not to let my political views affect how I treat others. Everyone is entitled to support their own candidate. Even if their candidate is hypothetically a dangerous, arrogant, bullying, racist sexual predator.

Hate the candidate, not the supporters, right?

Anyways, we need to work on making everyone feel included at our school. So, to all our of our CB family: please take the viewpoints of others into consideration when you speak. Your tone, body language, and attitude can all help alienate someone, even if you don’t mean to. So please, try to make everyone feel comfortable at school.

Together, we can make CB great again.

God, I can’t wait for this election to be over.