You are here: Home \ Community \ Featured Posts \ O Brother, Where Art Thou?
Community
0

O Brother, Where Art Thou?

We call ourselves Christian Brothers, but where are these actual brothers? Fret not, as the solution to this mystery comes from esteemed CB faculty members, Mr. Chris Symkowick-Rose, Dr. Bill Iliff ’76, and Mr. Danny Delgado ’79. They each revealed to The Talon the effects of the brothers and of course, why the brothers are […] 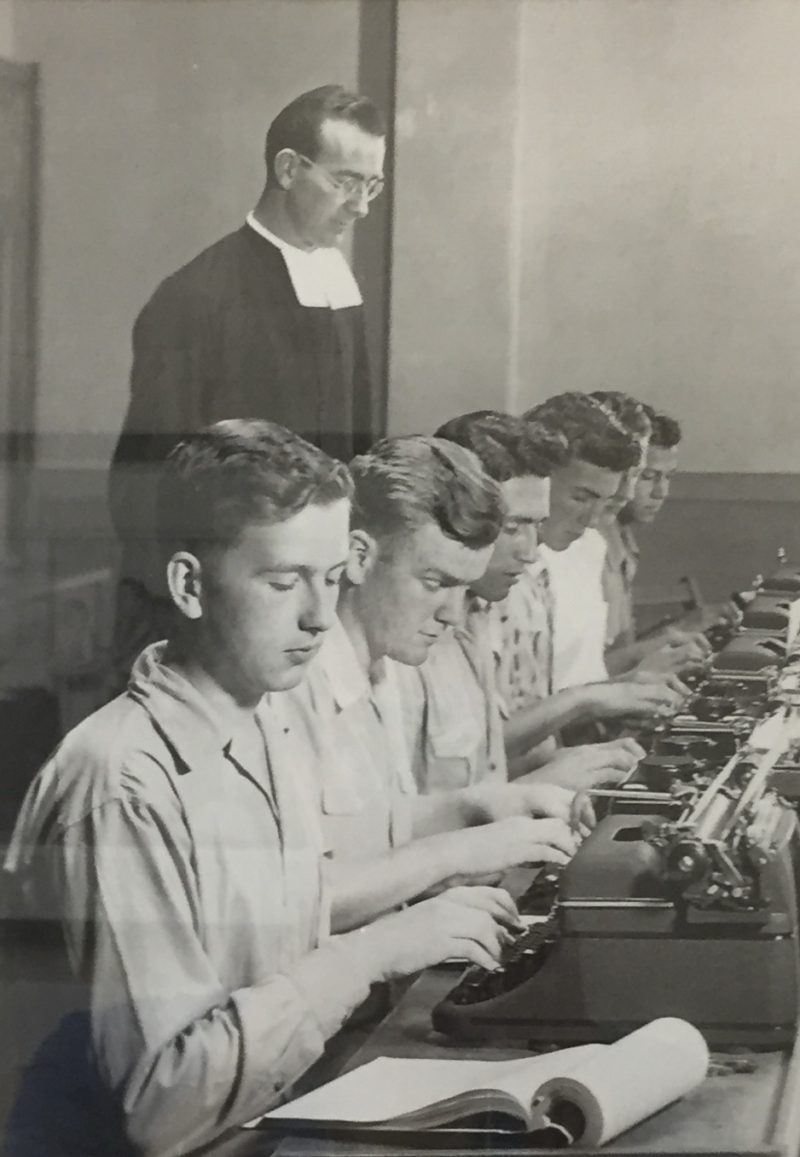 We call ourselves Christian Brothers, but where are these actual brothers? Fret not, as the solution to this mystery comes from esteemed CB faculty members, Mr. Chris Symkowick-Rose, Dr. Bill Iliff ’76, and Mr. Danny Delgado ’79. They each revealed to The Talon the effects of the brothers and of course, why the brothers are no longer at CB. Before the Talon spoke with Mr. Iliff and Mr. Sy-R about the final years of the brothers’ time on campus, research was conducted about the early years of the Brothers’ tenures. A detailed account of the history of CB is laid out in a book authored by Dr. Illiff along with dedicated CB alumni.

Beginning in 1853, the conceptualization of West coast Lasallian campuses was at the forefront of the mind of Archbishop Alemany, a brother who sailed from New York to San Francisco in hopes to grow local vocations and also better provide for the spiritual and practical needs of the faithful. Archbishop Alemany dreams of a Lasallian educational institution were personified after an 1867 visit to the Vatican and an approval from the pope himself for the construction of Lasallian-based schools in California

Flash forward to 1873: several secondary schools were succeeding like St. Rose’s Academy and Sacred Heart Cathedral, so it became time for Christian Brothers High School to become a reality.

The school grounds were secured and developed in Downtown Sacramento with the help of a “Christians Brothers Schools for Boys” picnic in May of 1873. The establishment of CB in 1873 paved way for CB to advance its current 140th year of quality education.

In 2011, the Lasallian brothers departed the Christian Brothers’ campus as residents. Dr. Iliff noted that there was some preconceived sense that the day of departure would someday come for the brothers.

“The brothers saw in about the seventies that their time at CB would be short,” he says. “It was not necessarily just CB brothers, it was the entire Lasallian district.”

Dr. Iliff added that “they recognized that they would have to partner with the lay teachers, teachers like me, and work to be partners of association.”

The official departure of the brothers from Christian Brothers was in 2011 after a district-wide decision to consolidate the few brothers remaining to Mont La Salle in Napa.

“You can’t have a community if there are only a few brothers and the whole idea of the brothers is that they would live and work together in their ministry,” reasoned Mr. Sy-R. “They needed to consolidate communities, and the way they talked about to us at CB is that in some ways, it was an honor that the brothers were leaving because they believed that we were strong enough with their charism that they did not need to have a presence here anymore.”

Mr. Delgado added that the charism of brothers has continued through the current teachers at CB.

“Students look up to their teachers now just as much as they did while the brothers were instructors here,” he says.

For Dr. Iliff, it is not the teachers alone who emulate the personas of the brothers.

“Their legacy, that of the administration, profoundly points towards the brothers’ charisma.”

Men like Brother Bertram Coleman left legacies at CB that have cultivated a service and peace-orientated community and even funny memories. Although mended through campus improvements two years ago, there was a time when the parking spaces around school were barely large enough to fit a clown. Mr. Sy-R remembers that it was Brother Chris who had the spaces made for clown cars.

Today, brothers continue to roam Lasallian campuses throughout the world, just not at CB. Mont La Salle is home to several brothers today like Brother George Van Grieken, who has helped lead CB Kairos retreats and is the current Coordinator of the Lasallian Resource Center for the Lasallian District of San Francisco-New Orleans.

The core principles that were practiced in the founding days continue to prove just as paramount to the integrity of the modern Lasallian mission. Without the brothers, the Christian Brothers charism would be nonexistent.

“The hallmark of CB in Sacramento is that its a welcoming community and that’s something the brothers established by collaborating with regular teachers,” Mr. Iliff says.