It first starts with a simple tickle in your throat. You think nothing of it. Then, two days later, you are burrowed under a pile of blankets, wishing that the torture would end. Welcome to the first round of the flu for the 2016-2017 school year. One of the many victims of the plague, Justin […] 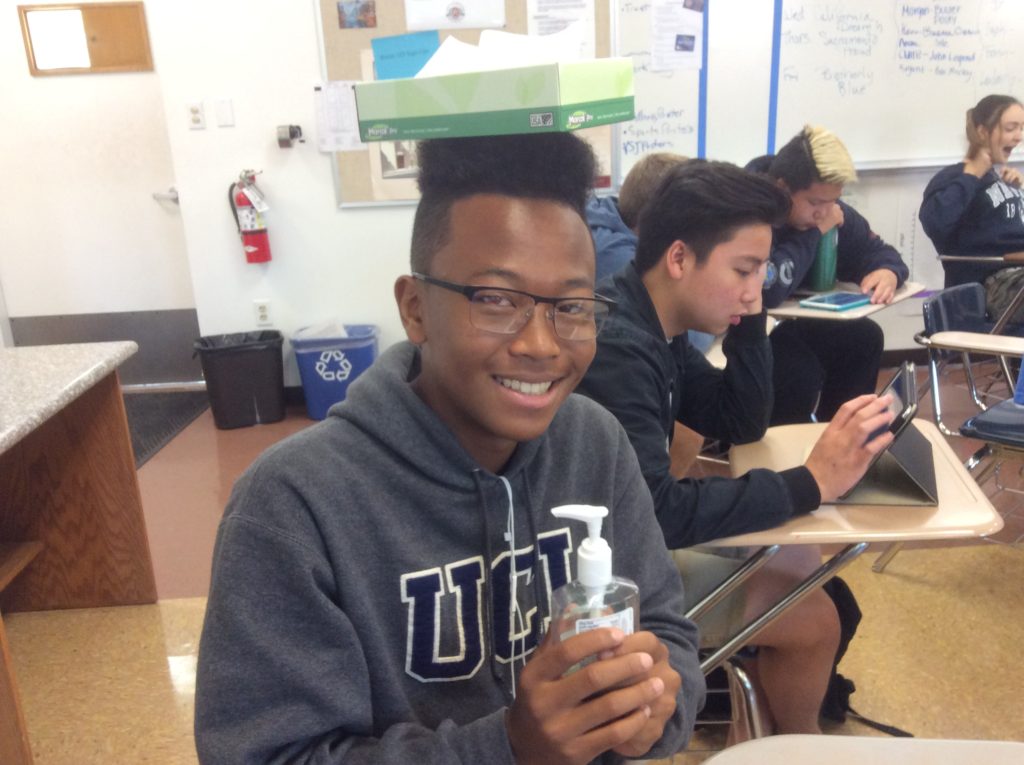 It first starts with a simple tickle in your throat. You think nothing of it. Then, two days later, you are burrowed under a pile of blankets, wishing that the torture would end. Welcome to the first round of the flu for the 2016-2017 school year.

One of the many victims of the plague, Justin Dacanay (’17), started feeling sick on a Saturday. For the next four days, nobody heard from him. He spent his time in a cocoon of blankets, worrying about all the school he was missing.

“I hugged people to get them sick so we could suffer together.” Justin admits.

He did get his flu shot, but he doesn’t think it helped much.

“I will get it next year though, mainly because of habit,” he says.

Justin recommends that people stay on top of their school work as much as possible, because the CB plague chooses it’s victims at random.

Even though it may seem impossible to avoid getting sick, the Center for Disease Control recommends three general steps.

Nobody likes flu shots, and even worse, this year they have no nasal spray, meaning that everyone must go under the needle. Though flu shots have not always been an accurate prediction of the year’s flu strains, the CDC reminds us that “a yearly flu vaccine as the first and most important step in protecting against flu viruses.” So get to your doctor before the worst of flu season hits!

Simply put, if you are sick, please spare the rest of us and DO NOT COME TO SCHOOL. It is recommended that a sick individual stay at home at least 24 hours after fever symptoms are gone. Simply put — feel free to be lazy. Don’t cough or sneeze on others and be sure to throw away your own tissues in the trash. Avoid smearing germs all over your face but touching the door handle and then your mouth. Pour hand sanitizer on everything — with your teacher’s permission of course.

3. Don’t be afraid to visit your doctor

Often, doctors can prescribe antiviral drugs to help combat the flu to make the illness milder and shorten the time you spend sick. It is best to go to your doctor within two days of experiencing flu symptoms. Don’t be the person that gets everyone sick.

When you begin to experience the symptoms of the CB plague — fever, cough, stuffy nose, sore throat, headache, chills, and fatigue — feel free to visit the CB sick room, located in the front office. Our school’s unofficial mom, Mrs. Donna Adam, will be there to greet you upon arrival.

“The sick room is used very often, especially this time of year,” she says. Often kids will wait in there until their parents pick them up.”

All one has to do is sign in. The room is kept very sanitary, with the pillow cover placed after every patient. At the end of the day, the janitors scrub is clean of any lingering germs.

If you do get sick, know the CB Community fondly wishes you well while you recover at home.