It’s not to difficult for the stars of CB football, volleyball, baseball, and basketball to get mentioned on KBFT, recognized in the hallways, or profiled in Talon features. However, many of the lesser known athletic teams of the CB community contribute just as much to the school’s culture of hard work and dedication, while at the same […] 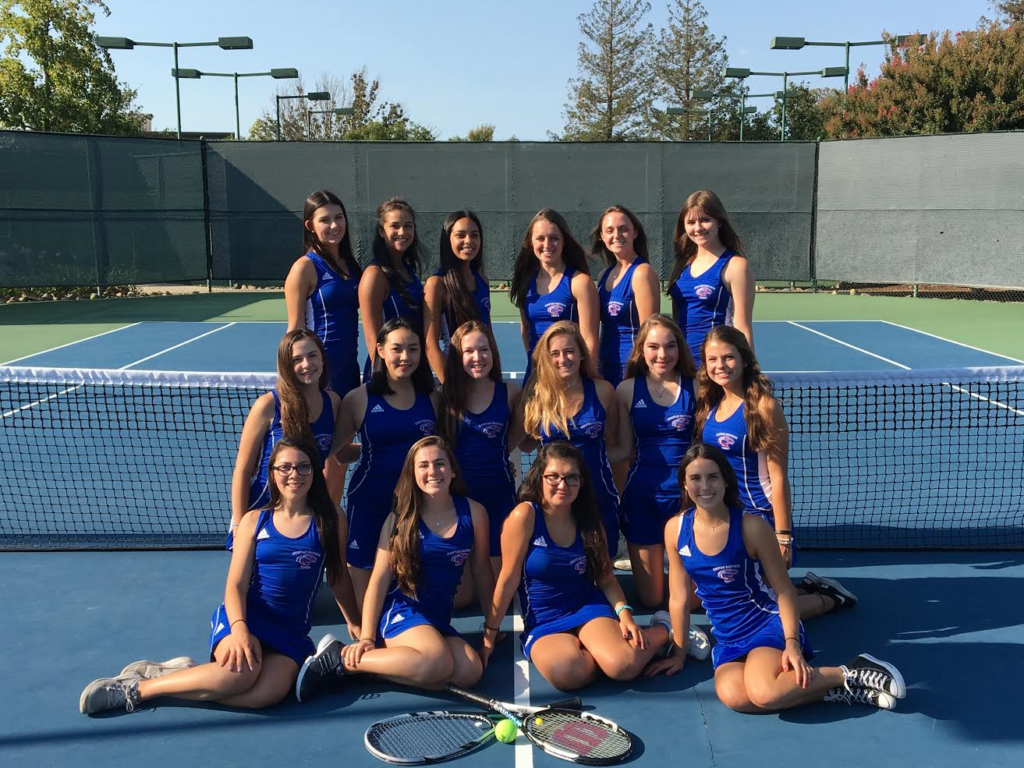 It’s not to difficult for the stars of CB football, volleyball, baseball, and basketball to get mentioned on KBFT, recognized in the hallways, or profiled in Talon features. However, many of the lesser known athletic teams of the CB community contribute just as much to the school’s culture of hard work and dedication, while at the same time receiving no credit for their commitment.

This information might come as a surprise to the average student as this hard working group of ladies has hardly ever come under the spotlight here at Christian Brothers. Yet despite the lack of publicity, the team has made playoff appearances in almost all of the last few years and the players on the team have had some incredible high school athletic experiences as a result of this close knit group of girls.

The responses were nothing but positive when the girls were asked about their experience on the team.

“It’s been very fun so far,” comments Lily Witry (’20). “I definitely want to play again next year. The other players are awesome and the coaches are very dedicated, which is always good.”

Some of the teams seniors also elaborated on the powerful and rich bond between the girls.

“We’ve focused a lot more on team bonding this year,” says Amanda McAdam (’17). “I think our team has gotten a lot closer which is awesome because we have a lot of seniors on the team who have been playing together all four years.”

All of this bonding outside of matches successfully translates onto the court. Team co-captain Remi Kirrene (’17) described how having your teammates on either side of you can be super helpful.

“It’s really inspiring to hear my teammates cheer me on from other courts,” she says. “They pick me up when I’m down and get me back into the right mindset.”

Part of this team’s close relationship with one another is a result of first-year coach Sean Mar.

“I chose to coach at Christian Brothers because of the what the school offered in terms of organization and infrastructure,” he mentioned. “That was my biggest selling point because the support from the Athletic Department makes my job easier that helps me coach.”

And having Sean as the team’s coach means more than just going out and hitting a balls four to five days a week. It means dedication to the program, working on the court game at practice, and then the mental game on their own.

“Coach Sean has really brought the team together this year,” commented Remi. “As team captain, it gets annoying always having to go around and make sure the other girls have done their journal work,” she laughs, referring to their out of school mental training, “but it really does help us.”

“I enjoy coaching because I am helping someone achieve a goal,” Coach Mar says.  “Tangible or intangible, the satisfaction it brings to another person’s face and relief when they figure out that they can achieve something that they did not think possible, is priceless.  To be apart of that experience is why I wake up.”

Another reason the girls seem to like the sport is because of its unique competitiveness.

“It’s a team sport, but it’s very individual,” Amanda states. “You get to feel in control of your own game.”

“You also know that if you make an error it’s your own fault,” Remi says. “And once you realize what that error is, you can capitalize on it and your game will improve at a much quicker pace.”

When asked about the amount of coverage the team has received in this year and years past, the responses were generally the same — not enough.

“No one cares how we do,” Remi says disheartingly. “It sucks that we are treated as a second class sport.”

“Tennis is a sport that is overlooked,” states Coach Sean. “It does not draw the large crowds because the sport is about temperament.”

He mentions how he also wishes that more young people get into the sport from an early age.

“It is a great way to teach the students how to communicate effectively as young adults. High schools need to recognize the sport because it promotes high achieving students that are college bound.”

Ultimately, whether on or off the court, the bond this team has created far outweighs the undeserved lack of publicity they receive. The sport of tennis has given many of them an outlet through which they can make new friends and express their competitive nature.

So whether or not their faces appear on KBFT or whether or not someone shouts “OMG IT’S TENNIS STAR JULIA RINALDO (’17)” in the hallways, the world better watch out, because these girls are taking to the court in a storm of passion, competitiveness, and determination.