Around her office in Admissions, faces from weeks and years ago plaster the white walls surrounding her neat desk. Black and white photos encased in frames show just how much time has flown by. Mrs. Morris graciously took a few moments out of her busy schedule as a part of CB’s Admissions Team to look […] 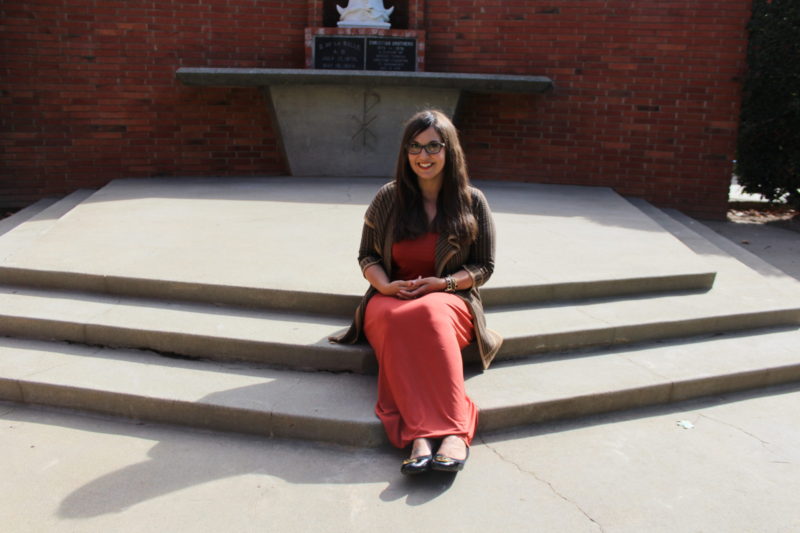 Around her office in Admissions, faces from weeks and years ago plaster the white walls surrounding her neat desk. Black and white photos encased in frames show just how much time has flown by. Mrs. Morris graciously took a few moments out of her busy schedule as a part of CB’s Admissions Team to look back on some old yearbook photos for the Talon.

Once a soccer star, cross country runner, and drill team performer, Mrs. Jana Morris ‘99 has many memories to reflect on, starting with her freshman year. Coming into Christian Brothers from public school, Mrs. Morris only knew a few people. But being her outgoing self, she met many faces quickly — even on the first day of freshman year. 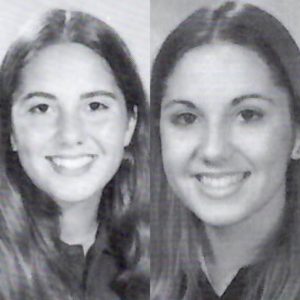 Looking back on freshman year, Mrs. Morris remembers the culture change. She recalls being open and “ready” for Christian Brothers, though she was used to the comfy public school system.

“I remember asking [my new friends] ‘how do you know each other?’ and then realizing they’ve all known each other since kindergarten.”

“I only knew two people, one being my childhood best friend… I convinced her parents to let her come to CB,” Mrs. Morris explained. At the time, she was promoting Christian Brothers as the place to be. Today, Mrs. Morris does this exact job for a living! She is the Assistant Director of Admissions, and continues to promote that CB truly is the place to be.

“I remember going to Sutter [Middle School] to talk about CB, and this boy came up to me, and asked me if I would go to homecoming with him [his 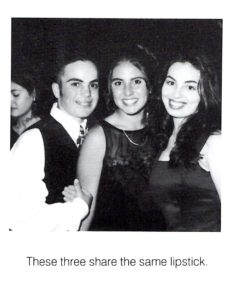 freshman year].” Mrs. Morris said yes at the time, and sure enough, a year later, she went to homecoming with a lucky freshman boy!

“I had a boyfriend at the time, so he went with a friend, and I went with [him],” she stated with a laugh, She is truly a woman of her word — then and now.

If sophomore year homecoming wasn’t exciting enough, Mrs. Morris began driving that same year. Better yet, when she could drive, she could instantly legally drive her friends. Her social life was in full swing, especially from meeting her core group of girlfriends freshman year. 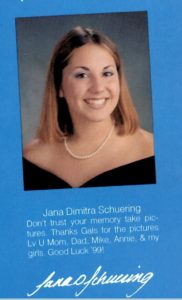 Mrs. Morris took a moment, and reflected on her most valuable lesson of high school. She advises current students to “have experiences together… not just digital relationships. And take a lot of pictures.”

“When I was in school, we didn’t have access to what our friends were doing at every minute of the day,” she told the Talon. “Don’t rely on social media and texting. 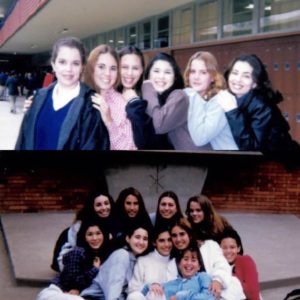 with friends, as opposed to just maintaining relationships digitally.”

What a treasure it is to have such wise words to guide young Falcons in friendship.

As time flew through high school, Mrs. Morris’ senior year came quickly, and it wasn’t long until she had to pick out a senior quote.

“My senior quote is all about taking pictures,” she confidently states. “To this day, I still believe it because it’s amazing how many memories come back when you have a pictures associated with them.”

Photos from her four years at Christian Brothers were dusted off and many smiles were shared with the lovely Mrs. Morris. Going through all of the photos, from the frames to pages, Mrs. Morris reflected and pointed out that only the only thing that has changed in the photos is the time — not the people.

“We still go to lunch, dinners… baby showers, weddings, bridal showers… we are a part of all the big things in each other’s lives.”

How special it is to know that the friends made in high school can last a lifetime, just like Mrs. Morris’ core group of girlfriends has.