It all began in the year 2000: Ms. Loretta Kenney came to Christian Brothers High School from Loretto High School and Ms. Chrys Cassetta returned after leaving in 1994. Our school brought these two wonderful, intelligent, and independent women together as it has done and continues to do with not just its students, but its faculty as well. Our school […] 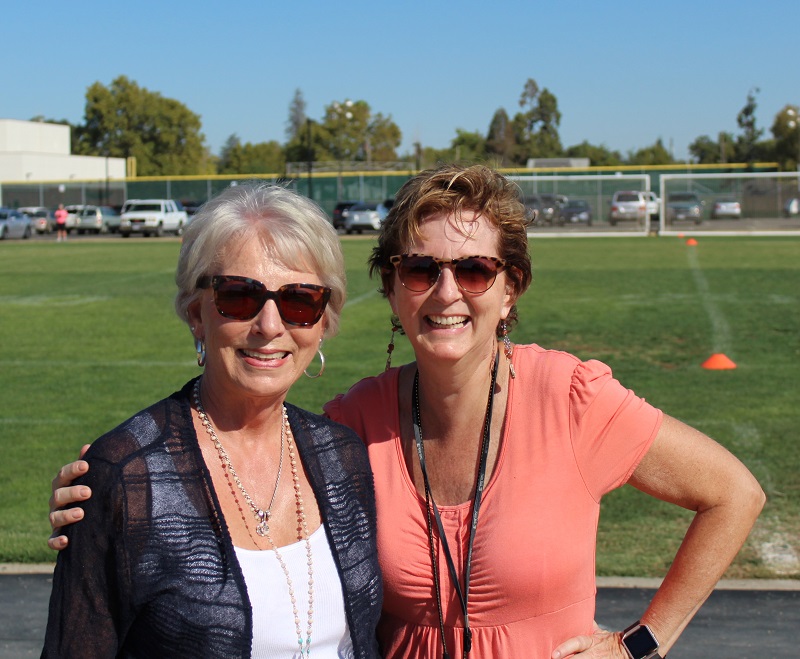 It all began in the year 2000: Ms. Loretta Kenney came to Christian Brothers High School from Loretto High School and Ms. Chrys Cassetta returned after leaving in 1994. Our school brought these two wonderful, intelligent, and independent women together as it has done and continues to do with not just its students, but its faculty as well. Our school creates inseparable bonds within the teaching community, such as with Ms. Kenney and Ms. Cassetta, as well as the friendship of Mr. Thomas Guro ’03, Ms. Stephanie Roybal, and Ms. Cheryl Flaherty.

Many Christian Brothers students see teachers as just that — teachers. But teachers are people too. They have best friends just like everyone else, except these friends are something even more special: they are “co-workers” as Mr. Guro puts it. 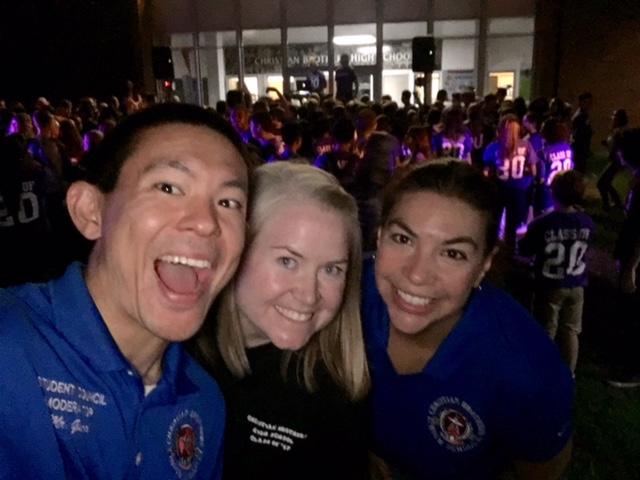 Ms. Roybal and Ms. Flaherty began their friendship when Ms. Flaherty arrived at Christian Brothers in 2010 and lived with Ms. Roybal. Two years later, a new religion teacher came on the scene — Guro. Mr. Guro claims that he “snuck his way in [the best friend group],” but Ms. Flaherty revealed that they truly became friends on a young Lasallian retreat.

This got the Talon wondering…What exactly do our teachers do in their free time?

The Terrific Trio (Mr. Guro, Ms. Flaherty, and Ms. Roybal) shared that they enjoy bonding over food, sports, and TV shows. Their favorite restaurants are Jack’s, Red Robin, and Pieology. They invest themselves in TV shows and movies such as Glee and a show about young women in the process of becoming nuns. Fun fact: the Terrific Trio have a group chat dedicated solely to discussion of the current shows they’re watching.

The Lit Ladies (Ms. Kenney and Ms. Cassetta) opened up about their extracurricular activities. They said that they enjoy talking about their students, families, and jobs. They meet at Ms. Cassetta’s house most of the time and hang out in the living room which “feels like relaxation” to Ms. Kenney.

Our teachers spend a plethora of time with each other, which may lead to annoying traits about one another.

Ms. Royal and Ms. Flaherty claimed that they see no annoying traits about each other, but bashed Mr. Guro’s fashion style, especially his shoes and white socks combination. Ms. Flaherty especially holds a special hatred in her heart for Mr. Guro’s shoes.

“He literally got rid of [his old shoes] to get the same exact ones, but new!” she claims, as Mr. Guro stood in the corner with a proud stature and chuckling as his two “co-workers” talked about his poor fashion choices.

Once Ms. Kenney was asked the same question, she brought her arms to her hips and pondered for a second before vociferously exclaiming that Ms. Cassetta “mumbles way too much!”

She continued in a Chicago accent, mimicking how she would yell at Ms. Cassetta.

Ms. Cassetta fired back by saying that “[Ms. Kenney] talks too much, she perseverates.”

They both agreed in laughter with each other’s complaints and made more jokes about each other.

These friends have been through a lot — they must have some crazy stories, right?

Ms. Kenney and Ms. Cassetta opened up about how the English Department Chair position was passed from Ms. Cassetta to Ms. Kenney. Smiling and cheerful, the two shared their story.

“We were at lunch one day at the Rio City Cafe,” Ms. Cassetta said. “It was May. I had just finished my tenth year [as department chair], and I was really frustrated and said, ‘Someone needs to take over this job.’ And [Ms. Kenney] said, ‘Oh for heaven’s sake, I’ll do it.'”

To this day, Ms. Kennedy is the English Department Chair, and when she’s stressed out, she has a running joke with Ms. Cassetta that “this is all [Ms. Cassetta’s] fault.”

Christian Brothers High School is not only home to some of the best teachers, but also the best teacher friendships. Ms. Kenney, Ms. Cassetta, Mr. Guro, Ms. Roybal, and Ms. Flaherty exude positive and friendly energy for their young students to model after in hopes of one day having friendships as beautiful as their teachers’.