You are here: Home \ Falcon Sports \ Featured Posts \ Golf Club: A Hole In One (Of A Kind)
Falcon Sports
0

Chrtsian Brothers High School has always boasted dozens of great clubs. Disney club, GQ club, and the Frozen Banana Society to name a few, but of all the clubs availble to CB students something has always been missing: Golf Club. That is… until now. No worries my fellow Falcons, goofy pants and bad hats aren’t […] 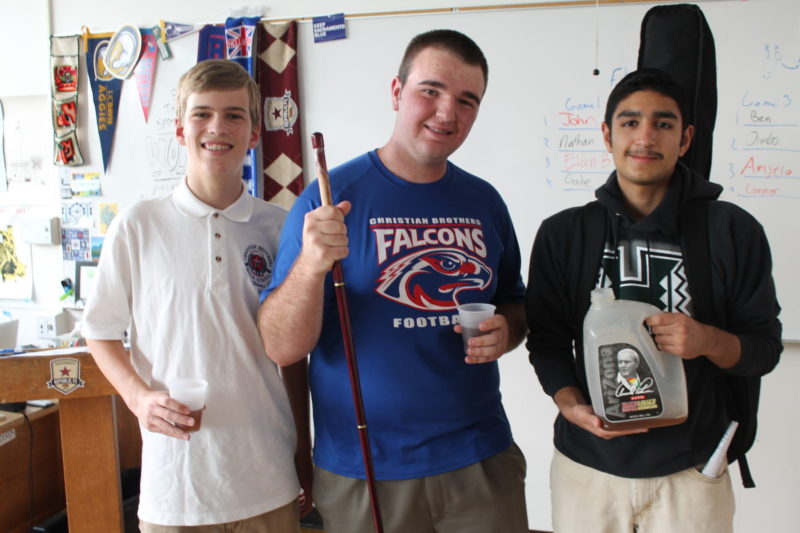 Chrtsian Brothers High School has always boasted dozens of great clubs. Disney club, GQ club, and the Frozen Banana Society to name a few, but of all the clubs availble to CB students something has always been missing: Golf Club. That is… until now.

No worries my fellow Falcons, goofy pants and bad hats aren’t required to join up. Rumor has it you don’t even need to have seen Caddyshack before signing up.

The driving force behind CB’s newest gem is none other than ceramics extraordinaire and long time golfer, Mr. Rob Boriskin.

Mr. Boriskin served as an assistant coach on the golf team last year where he had, “more fun than they should allow” and the idea of an on campus club for CB golfers or interested students to mingle and enjoy golf seemed like the perfect idea.

“The Golf Club is a chance for all the people on campus to get together and enjoy golf,” explained Mr. Boriskin.

The game of golf might be intimidating to some who might not know how to swing a club, or for those who can’t tell the difference between a sand wedge and a driver. But as Mr. Boriskin noted, the club is for everyone.

“It’s not restricted to golfers. Anybody sort of curious or interested can join,” promises the pottery and putting master.

In its infancy, the club has already added 56 members to its ranks. The feat is even more impressive considering these numbers came before CB’s annual Club Day. The Golf Club is already par for the course with some of the highest attended clubs on campus. Of course, this will come at no surprise to anyone who attends the meetings reguarly during Falcon Flex in rooms 306 or 303.

If you’re lucky enough to be around on a Thursday after school, don’t hesitate to swing by Mr. Boriskin or Mr. Anderson’s abode witness some plotting and even more impressive putting. Fear not, snacks and beverages will be provided — what would a Golf Club be without Arnold Palmers? About the equivalent to a golfer without clubs I would imagine.

A typical meeting consists of the the members practicing putting, planning future golf events, and playing CB favorite and well known iPad game: “flappy golf”. Beyond fun and games, the club does have big plans for the school year.

“The three main goals are that: we want to collect golf clubs and balls donate them to the First Tee, play rounds of golf, and go to the driving range as a club,” says Mr. Boriskin.

The first year club has ambitious plans, but has teed off the year well, and will hope to keep the momentum going on the back nine.