You are here: Home \ Community \ Featured Posts \ They’re On An (Ad)mission To Make CB The Place To Be
Community
0

The Lasallian Student Ambassador program at CB is paramount to showing the Sacramento area the beauty of CB as well as the recruitment of new students. In 2009, the team began with a sliver of the amount of students it has now, but has since grown to over 100 students in the sophomore, junior, and […] 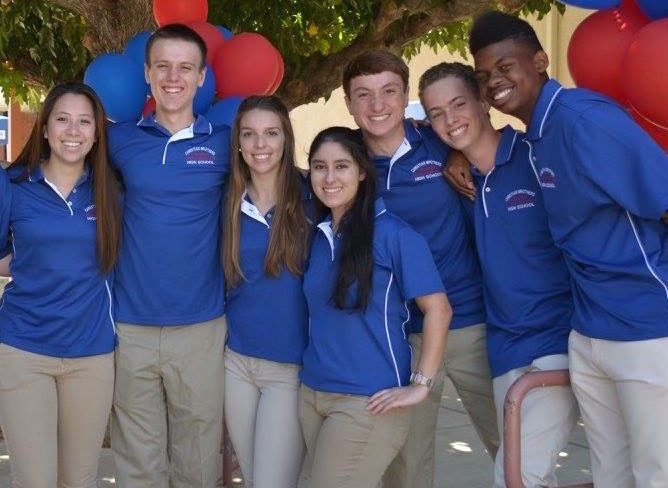 The Lasallian Student Ambassador program at CB is paramount to showing the Sacramento area the beauty of CB as well as the recruitment of new students. In 2009, the team began with a sliver of the amount of students it has now, but has since grown to over 100 students in the sophomore, junior, and senior classes. Overseen by CB Director of Admissions Mrs. Kristen McCarthy, the program dedicates itself to representing CB with a professional mannerism while nurturing traits like public speaking and confidence through school visits and Open House.

Kendall Ralph’s (’18) connection to CB goes back to when her older brother Eddie Ralph ’10 was on the first Lasallian Student Ambassadors team under the helm of Mr. Kenny Kirrene ’78, former teacher and the previous Director of Admissions at CB.

“[LSA] has really affected me because I have gotten to see and do things that I would not necessarily do,” the junior said.

Kendall added that her engagement in the program has boosted her ability to interact with others on a conversational level and this is something that Director Mrs. McCarthy hopes students take away.

“I hope that [the students] learn to become poised and positive advocates of the school and share their enthusiasm with other students,” she says.

“When one is speaking publicly, stay calm and like the movie American Sniper, ‘slow is smooth and smooth is fast’.”

Emily Shepard (’18) also had some words for the wise about LSA. She originally was planning on attending St. Francis because her fraternal twin was going to Jesuit. However, her plans changed after a school visit from CB’s tenacious ambassadors. A year into CB, Emily found herself to be apart of LSA.

“The ambassador program has shown me how everyone has their own spot and can fit in as well as not to be afraid to stand up and talk to other people at [CB].” Emily continued by saying that she’s blossomed as an individual in the CB community because of her role as an ambassador.

“Everyone in ambassadors is very outgoing and friendly, so it has helped me to come out of my shell and be a friendly person.” 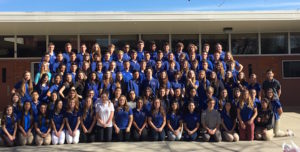 As a member of LSA, I can truthfully say that the I have learned public speaking skills necessary for professional interaction as well as the appropriate behavior needed for vocational careers. What makes me love being ambassador is not just the cool polos nor the amazing staff in the Admissions office. Rather, it is the collaborative and respectful environment that is created when we students come together to share our experiences and knowledge of why CB is the place to be.

I remember my freshman year being transfixed by the ambassadors as I watched them lead and mingle with the little eight graders who were on shadow visits around campus. Fortunately, my teachers recommended me to the Admissions Department.

I applied to the program, and after an interview process, I was selected. Since then, I have never looked back, but forward at what I can become better at doing. Whether it is improving my public speaking skills or knowledge of my beloved CB, I know that the Admissions team has my back.

The sweet polos and camaraderie created by the ambassadors among the team hones in on the common message of each interviewee: everyone truly loves CB. All students of CB are ambassadors after the first step on campus.  When out and about after school and on the weekends, Christian Brothers is continuously represented by friendly Falcons near and far the nest.