Group invitations to parties. Sharing clothes. Debates about who’s oldest. Built-in best friends. Multiples. Being a twin or triplet gives you a free study-buddy, safety during uncomfortable social situations, and someone you can always rely on. On the other hand, as a triplet, I’ve spent my life sharing everything and resorting to rock-paper-scissors to make […] 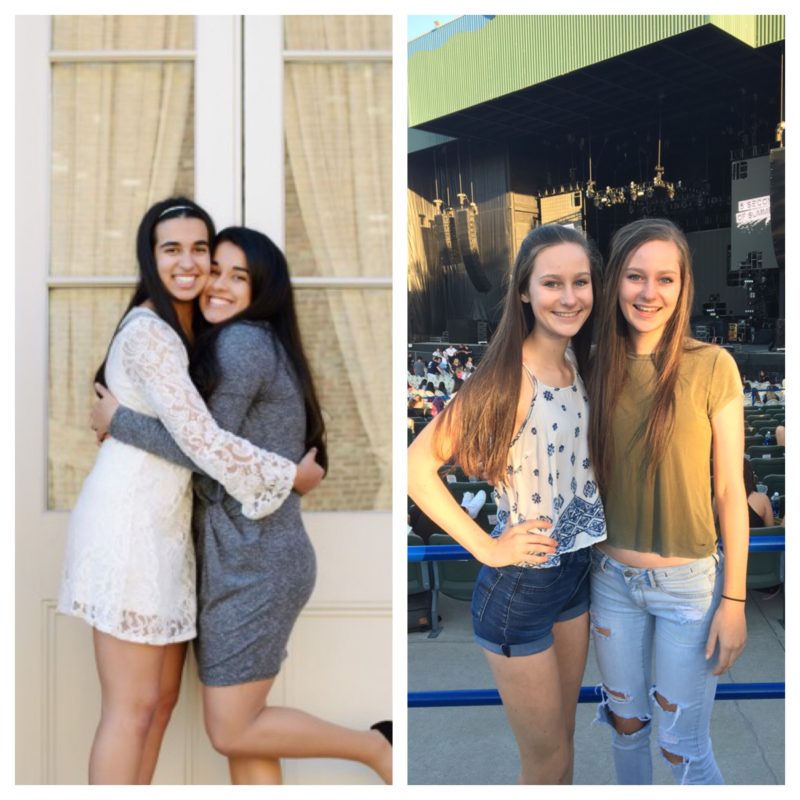 Being a twin or triplet gives you a free study-buddy, safety during uncomfortable social situations, and someone you can always rely on.

On the other hand, as a triplet, I’ve spent my life sharing everything and resorting to rock-paper-scissors to make “fair” decisions.

In addition to my triplet brothers, Christian Brothers High School is home to many pairs of twins. The Talon set out to get a better understanding of the individual people within some of the sets at CB.

After being labeled “The Triplets” or “The Twins” for your entire existence, it may become hard to differentiate yourself from the people who were your womb-mates for nine months.

Callahan Shelley (’17), one of my triplet brothers, summed up the struggle for most multiples. When asked about what makes him unique, he replied sadly that “people sometimes seem to forget that we’re individuals; they see us as a group.”

Navneet Khaira (’18) is half of one of the many sets of twins in the junior class. She immediately expressed her disdain towards being labeled “The Twins.”

“I wanted to be viewed, not as a part, but as a whole person,” she stated firmly.

On the other hand, both Cal’s and Navneet’s siblings are quite used to their labels and sometimes even enjoy them.

Jared Shelley (’17), the other male triplet, reveals that he enjoys being labeled “The Shelley Triplets.”

“It makes me feel like I’m part of a group,” he admits.

For Meera Khaira (’18), Navneet’s twin, adjusting to being labeled as a twin took a while.

“I have gotten used to being grouped as ‘the Twins,'” she says. “But originally, I used to hate it.”

To Katherine and Sarah Donovan (’18), being identical twins leads to confusion for the majority of their peers.

“At least once a day, if not more, someone will look at me and hesitate to say my name as they are worried they will get it wrong,” says Sarah.

It’s so hard to tell Kate and Sarah apart that the two managed to switch classes last year on April Fool’s Day without being caught by their teachers.

With identical twins, one egg splits to form two separate embryos. That means they are the same. They look the same, and as I learned from Sarah and Kate, even their teeth grow the same.

Fun fact: identical twins can’t be different genders. With fraternal twins, the embryos develop from multiple eggs rather than one. Fraternal twins are as different as siblings born on different days. Every set of multiples I interviewed had a list of tiresome questions or comments.

And astonishingly, “Do you have the same birthday?”  — Emily Shepard (’18)

My personal favorite comment is, “I knew you were triplets. I just didn’t realize there were three of you.”

My favorite part of being a triplet at Christian Brothers High School is Mr. Thomas Guro ’03 telling me that I am his favorite triplet. Oh wait, he says the same thing to Cal and Jared…