New To The Nest 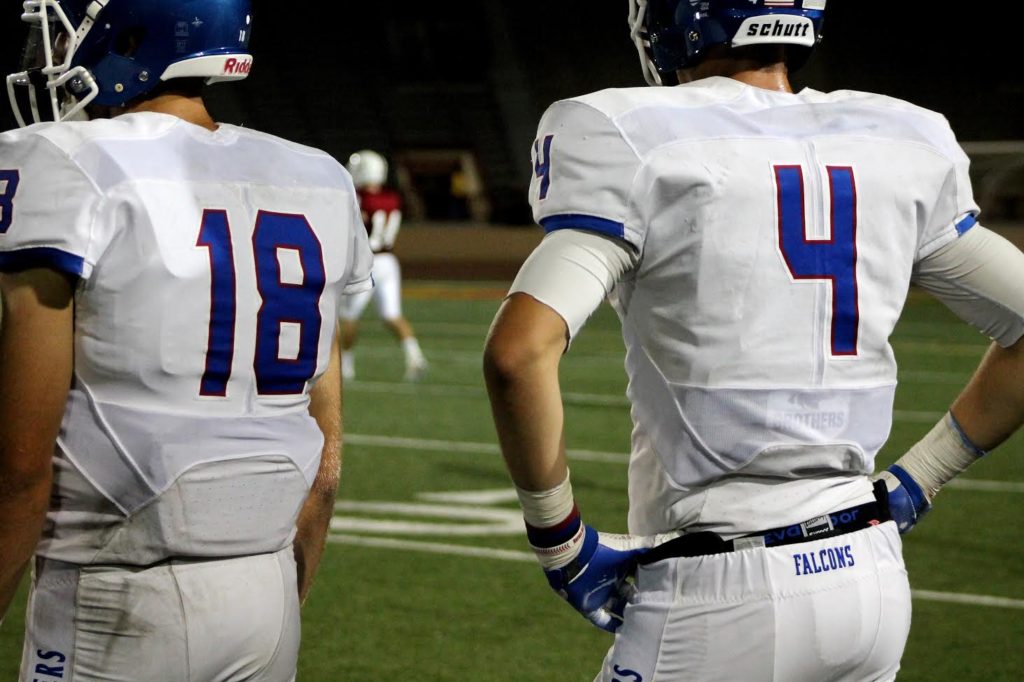 With football starting up again, all eyes are on varsity after last year’s stellar performance. The Talon took some time to investigate the newest members of CB’s team, more specifically, this year’s transfer students. 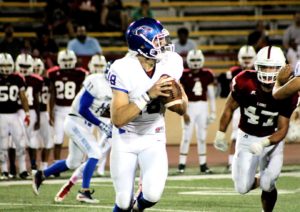 Tyler Vander Waal is difficult not to notice; he stands at 6’4 and has tiny handwriting. His favorite subject is math due to its challenging curriculum and he’s pretty good at the Madden video game. Transferring from Elk Grove High School, Tyler came to CB with the desire for the better environment.

But transferring came with an obstacle — Tyler was banned from playing football for one season.

The board who oversees high school athletics reviewed his case and ruled his transfer as athletically motivated, forcing Tyler to only watch from the sidelines the entire 2015-16 season despite attending every single practice. Even though he was kept from his beloved sport, Tyler says that “CB was the best move for me.” In July, he verbally committed to play D-I college football at Ball State University in Indiana, deciding it was the best education he could get in his desired field, communications.

Tyler made his CB debut at Holy Bowl 2016, and despite losing, the team comparatively performed better than previous years and was able to successfully hold of a majority of Jesuit advances. He passed for a total of 171 yards and was grateful for the opportunity to play in front of so many people. He devotes a majority of his life to football, watching film of his opponents and training often during the off-season.

When he’s not hurling the football across the field, he enjoys playing golf, claiming it’s not exactly his strong suit, but still enjoyable. 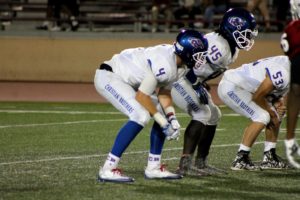 Adding to CB’s star varsity lineup is 6’4 Spencer Webb. Spencer made a solid impression upon the fans of CB during his first Holy Bowl, making a total of 3 catches for 68 yards. Spencer’s favorite memory of his first Holy Bowl was the jump ball catch he snagged out of the air.

His advice for someone playing Holy Bowl for the first time? “Just embrace it”.

He acknowledges that the whole concept of Holy Bowl is a little crazy. After all, it’s very rare that even half that amount of people that attend Holy Bowl (15,000) attend a high school football game.

Spencer found himself at CB because of his desire to play college ball. It didn’t hurt that he also had friends playing football at CB already. Football is “everything” to Spencer, with his dream to play D-I ball at San Diego State stemming from a visit to the school.

Spencer is the baby of his family, mainly crediting his older brother’s mentorship to his success. He tells Talon that his brother has taught him everything he knows about life and football.

Transferring to CB wasn’t difficult in Spencer’s opinion. He did have to take Mastering the Essay over summer, but otherwise his classes smoothly slid over. When he’s not playing football, he enjoys fishing on the lake. He aspires to become an athletic trainer, but at the moment watch him become a star on CB’s football team. 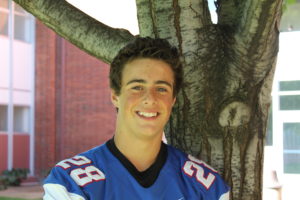 Jeremiah came from a school with only 40 kids in a little town in Washington state, and CB was definitely a change for him. When he moved down to California, he decided upon CB in the desire to reach his full potential in both athletics and academics. He was happy to find that the “students at CB are low key” along with friendly, helping him out a lot as he became an accidental freshmen his junior year.

Sitting out of Holy Bowl wasn’t exactly his cup of tea. But looking back, he believes it might actually help him for next year’s Holy Bowl.

“15,000 people will be there to watch us finally Sink That Ship!” Jeremiah tells the Talon.

His idea of a pre-game ritual is listening to music to get himself pumped up and ready to get the W for CB. Though football is Jeremiah’s first love, he also enjoys playing baseball and basketball. He may or may not be a secret cat lover, betraying his beloved dog Wilma back in Washington. Eventually, Jeremiah hopes to become a writer, more specifically for movies and advertisements. So look out for our newest junior made freshmen at our first game of the season against Mira Loma.