Christian Brothers High School is home to a wide variety of people, including people of varying religious beliefs. CB prides itself on five Lasallian core beliefs: inclusive community, quality education, concern for the poor and social justice, respect for all persons, and faith in the  presence of God. But how many students are actually religious, and […] 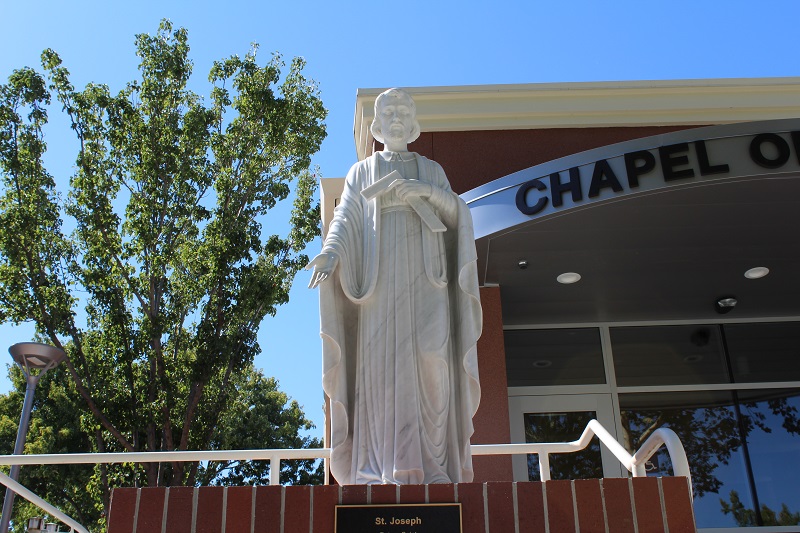 Christian Brothers High School is home to a wide variety of people, including people of varying religious beliefs. CB prides itself on five Lasallian core beliefs: inclusive community, quality education, concern for the poor and social justice, respect for all persons, and faith in the  presence of God. But how many students are actually religious, and how does their religion contribute to their educational experience?

A random CB classroom was polled for the students’ religious affiliations, and it was found that out of 19 kids, 13 were Catholic, 4 were atheist/agnostic, 1 was Christian, and 1 was other. This statistic theoretically represents the small amount of religious diversity in each classroom. Diversity is undeniably good, but how often do we remain open-minded when our school is centered around Catholic teachings?

Carley Jo Huntington (’17), an agnostic, attended a Catholic middle school prior to CB and states that she was religious until she started experiencing “that teenage angst, nihilism, like you know that existentialism, introspectiolism, all the -isms just hit you, then it’s like wow, man — who cares!”

She feels that the mandatory religious component of CB can be difficult at times and thinks that students can sometimes feel that there are right and wrong answers. Consequently she believes they attempt to say what they think the teacher would favor rather than openly discuss their own theological opinion. This ambiguity comes hand in hand with religion where there is no correct answer and students struggle to form their own thoughts without repeating definitions from a textbook.

“Religion class is hard because it feels like you’re word vomiting all the time,” she shared.

Regardless of her own personal beliefs, she stated that “all religious institutions, no matter what they are, were founded on a generally good basis” and respects Christian Brothers’ attendance to the faith of its students.

“You can’t oppose [the] core values on which religion is founded because most of their values are universal,” Carly says.

She enjoys the Christian Brothers community shaped by its core religious beliefs and believes that it is the community that creates a positive and inclusive environment, where all people are allowed to explore their own teenage nihilism.

Another student, who wishes to remain anonymous, was raised primarily Buddhist. Her mother was an actively practicing Buddhist before she moved to the United States, and her father was a Roman Catholic, now an atheist. She used to practice Buddhism but stopped junior year.

Having gone to private school her entire life, she felt that the transition to CB was without adversity and that “the concept of being around two different religions has never really bothered [her].”

Similarly, she “has never let a religion of choice interfere with a school of choice.”

She finds that her experience at Catholic school has been overall enjoyable and that the mandatory religion classes and masses “are actually sort of fascinating, given I have classes with actually open-minded teachers.”

“Learning about other religions can be fun, even if it does not connect with me,” the senior says. 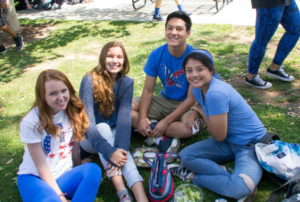 Andrea sits with her friends at lunch

Andrea Gonzalez (’17) is a “relaxed” Catholic who comes from an extremely religious background. She has attended Catholic school her whole life and finds that the study of religion has been easy and has even answered some of her questions on faith. Andrea has even found that some of the teachers at CB have really moved her towards her faith. She claims that religion classes “besides teaching that God is God, also teaches community and love.”

She sees the Five Core Principles, which are based off of religious teachings, as universal and extremely applicable to everyday life.

Religion is a very beautiful thing to know and be surrounded with” she says, but recognizes that the discussion of other religions is still “taboo”. However, she states that those who are not religious and come to a Catholic school “are going to have to be open” to the subject that’s taught in religion classes.

She ends with stating that openness, about all religions, is key to having an inclusive and respectful community.

CB provides its students with an inclusive community, valuing the religious beliefs of all of its students. This respect helps to make this school a wonderfully diverse and safe environment, where openness and individually is encouraged.

Whether or not a student is religious rarely effects the experience they get out of CB, rather it is their ability to respect others opinions and beliefs that allows them to thrive. The core values help to stimulate this respect and draws attention to the universal values that shape a good person. Religion is undeniably a key component in what makes CB’s community so unique.