You are here: Home \ Arts \ Featured Posts \ Songbirds Flock With Our Falcons
Arts
0

Songbirds Flock With Our Falcons

Many Christian Brothers students jam out to a pair of headphones during the day, but did you know that some of our Falcons are songbirds too? Let the Talon introduce to you the music makers of CB. Jeremy Rhodes (’18) and Doug McCauley (’18) – Indy Trap Jeremy and Doug are juniors, and together they are […] 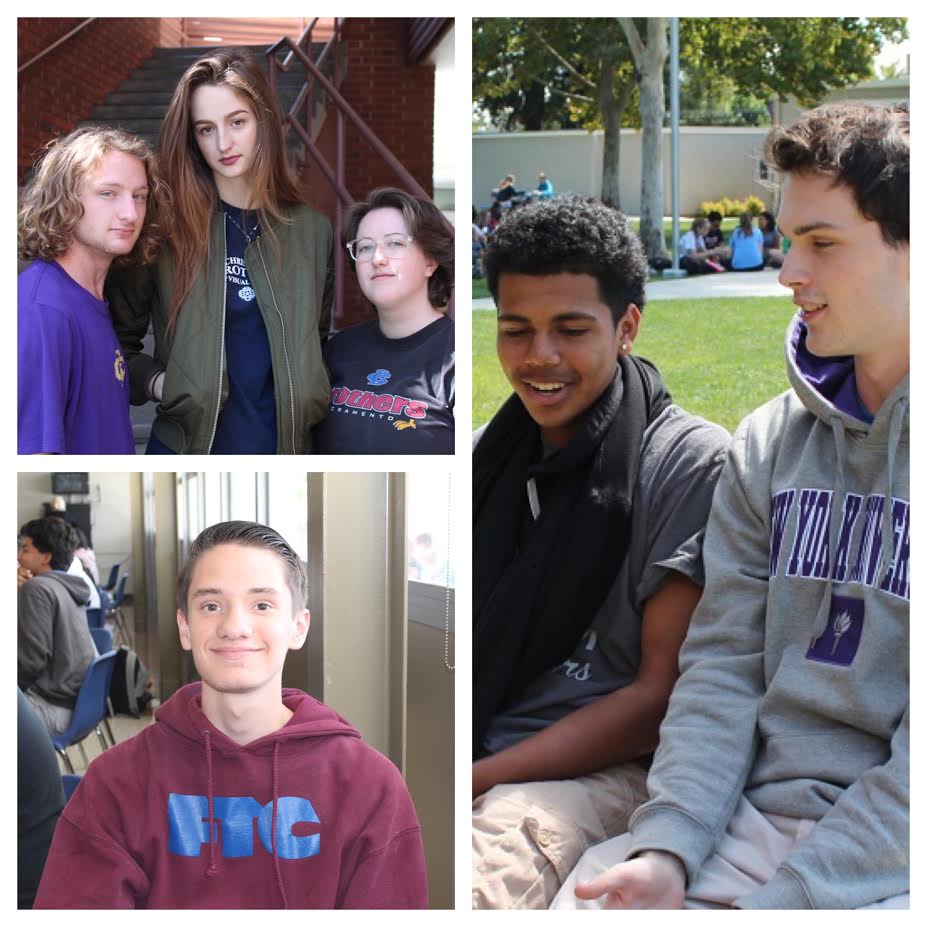 Many Christian Brothers students jam out to a pair of headphones during the day, but did you know that some of our Falcons are songbirds too? Let the Talon introduce to you the music makers of CB. 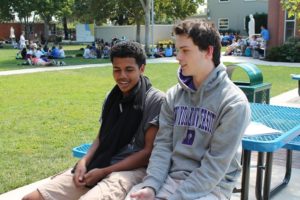 Jeremy and Doug free-stylin’ on the spot.

Jeremy and Doug are juniors, and together they are the rapping duo Indy Trap. Their sound is a cross between trap and indie music, hence the name. While Doug creates the sick beats, Jeremy performs the lyrical masterpieces. With computer software and a mic, their music comes to life.

Doug and Jeremy’s music-making process is a team effort, as they work together to fulfill their visions.

“I usually make the beat and then Jeremy comes in later after I’ve made the beat and he says, ‘yeah let’s do this one,’ or I’ll show him another one and then it just goes on that way until we find one that we both agree on and we both have the same vision,” Doug explains.

Jeremy jokingly adds, “I’ll tell him if his beat sounds dumb or if it sounds really cool.”

“Sometimes me and him will fight about that sort of stuff,” Doug concludes, flashing Jeremy a smile.

Jeremy recalls, “Mr. Delgado had us do a project on an element, and he said you could do it as a rap.”

“So Mr. Delgado kinda started this entire thing. He doesn’t know about it yet, I don’t think he knows we make music still.” Doug laughs.

From the school ground to Soundcloud, Indy Trap have two singles out now. A mixtape is on the way featuring sounds inspired by Logic, Drake, and J. Dilla, so keep tabs on Indy Trap. 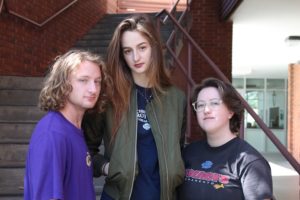 Seniors Sean, Mary Claire, and Grace are known as Iscariot in the music world. With Sean on the drums, Mary Claire writing and performing the vocals, and Grace strumming the guitar, Iscariot has an Indie rock vibe.

Iscariot is inspired by an eclectic bunch of artists from Courtney Barnett and Arcade Fire to classic rock. As the song writer, Mary Claire takes into consideration these artists’ sounds, the sound of her band, and what would appeal to a live audience. Once the song is written, the band collaborates to create the finished product.

“I’ll write it and then Grace will help me with the musical progression and then Sean will just be Sean — I don’t speak drum, so he’ll just know what to do,” Mary Claire explains. “I have to think of a chord progression to make the song coherent but with all of us together, we figure out what it’s gonna sound like.”

Iscariot formed in late August and are working diligently to put out their first EP this year — it can be found on Bandcamp once it’s released. They are also in the process of booking live shows, so make sure to stay informed about upcoming gigs. 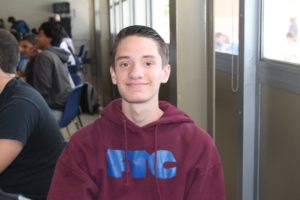 Alex cheesin’ for the camera.

Alex is a senior here at CB who has tons of experience making music — five years to be exact. He produces rap and hip-hop based beats and draws inspiration from everywhere.

“My sound I’d say overall is a lot of future trap beats or a lot of Bay Area E-40 kinda beats,” Alex says. “But I try to branch out and do everything.”

He is heavily influenced by Tupac, Biggie, and local Sacramento/Northern California artists he grew up listening to, which adds to his raw sound.

Not only does he produce for himself, but he also works with other artists, creating new sounds and furthering his musical expertise. He produces for mostly local artists from the Northern California region, such as Doey Rock, Sailo, Don Tre, and Billy Gram.

Alex is passionate about making music and plans to make this hobby a career one day.

“I always thought it would be really cool to be behind the scenes of the music,” he says with a smile. “I’m definitely gonna go to college for audio production.”

Let’s support our fellow Falcon on his rise to stardom. Listen to his music and keep an ear out for Alex’s name!

These CB artists are passionate about their music, and as Falcons, it’s our duty to support our flock. Listen to their songs, and discover your new favorite artists.