Has Cross Country Crossed Your Mind?

Many cross country runners feel like CB students don’t care about their sport. To dig deeper, the Talon asked CB students some questions about cross country. Here are some of the responses. Kalao Mark (‘19): “It’s like track and field, but long distance.” Daniel Ledesma (‘18): “I hear nothing about it ever.”  Saya Chhabra (‘18): “Running sucks.” Cross country, […] 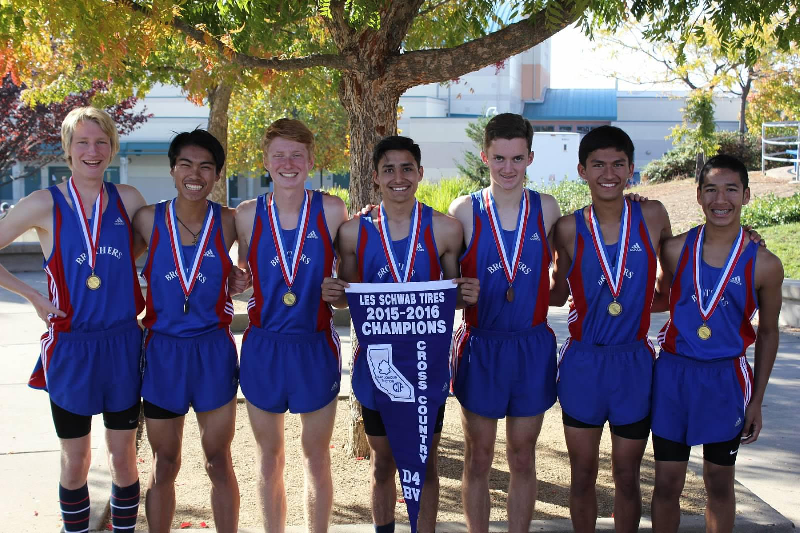 Many cross country runners feel like CB students don’t care about their sport. To dig deeper, the Talon asked CB students some questions about cross country. Here are some of the responses.

Cross country, it seems, has a certain stigma to it

“They never hear anything about us,” adds Isabel Afong ‘18, another varsity runner who also plays basketball. “Of course they think we suck.”

“We have to accomplish something really big [to get noticed],” says yet another varsity runner, John Isaiah Jimenez ‘19.

When he was just a little freshman, Isaiah was rated one of the nation’s best two milers, an accomplishment that some would consider quite big. You probably wouldn’t know that because it was rarely mentioned in any sports newsletters or on KBFT.

So why do our runners feel like CB students don’t care about their sport? Is it true? The Talon asked their head coach, Mr. Danny Delgado ‘79, for some more insight on the sport.

“I think you have to be really motivated during the year and you have to be patient,” says Mr. Delgado, who also works as a CB science teacher. “[Cross county] is about running good races consistently and peaking at just the right time.”

“There’s a level of commitment that comes with it,” he added with a shrug.

For over a decade now, Mr. Delgado has been pushing his runners hard. He admits that he can be demanding when it comes to practices, but his runners agree that their coach’s support and high expectations only serve to better their performances. Since Mr. Delgado took over the cross country team in 2002, Christian Brothers has sent someone to the State Meet almost every year. Only in 2002 and in 2012 did CB fail to represent at this prestigious meet.

When asked about why his runners felt underappreciated, Delgado offered this theory: “I think that people don’t understand the level of commitment or the level of work that goes into running.”

He thought for a second, before adding, “I don’t think it’s mean-spirited. It’s not meant.”

Okay, so perhaps your average CB student doesn’t like running, which translates into a lack of interest in the sport. That’s fine. But, cross country doesn’t suck. With impressive stats like this, our cross country team has been kicking butt.

Why haven’t random CB students heard about cross country’s accomplishments? Why isn’t there a cheering section at the meets?

“Well it’s hard to find the time to go to a cross country meet,” a CB junior says.

He pauses. “Where are meets anyway?”

He makes a point. Most people aren’t going to a meet just to watch a 20 minute race. With courses being so long, you might only see a runner once or twice during those 20 minutes anyway. Moreover, cross country is a pretty long commute. Runners report that some meets can be up to four hours away. It makes sense that people aren’t willing to make that journey.

But if people can’t go to the meets, shouldn’t they still be able to find out results if they wanted too? Why can’t they find out where the races are? In the words of varsity runner Julia Padilla (‘18), “It’s like why can’t our award-winning, nationally ranked, news broadcasting station just report our races?”

“It’s an issue and I’m working on it,” the junior says.

Mark is a former cross country runner himself and says that he also cared about the attention when he used to run. However, Mark doesn’t believe attention from outsiders should be a runner’s main motivation.

Mark brings up a new idea. Is the attention really necessary? Our runners must run for some other reason right?

“I mean, it feels nice when they recognize us,” says Isabel. “But no, of course it’s not why I run.”

“Because it’s so rare, that’s why it’s cool to get recognized,” adds Julia.”That’s why we make such a big deal about it.”

“I run because I like hanging out with you guys,” Joe says to his teammates,“And I like–”

Someone off to the side interrupts, “You like someone in particular, Joe?”. Joe tries to continue but his teammates’ catcalls have already filled the room. Eventually, even a blushing Joe joins in with the laughter.

As the friendly jeers fill the room, you can see that the cross country team has created some deep bonds. You can see that cross country doesn’t NEED the attention. That’s not why they run. They love their sport. They’re like a family. However, even if they don’t need our attention, it’s our job to notice when our fellow Falcons achieve great things. Kinda like the cross country team has. And maybe you’re their number one fan. That’s great, but the runners can’t feel that. Our runners should be able to feel and see our support. So cheer them on, if only from school. I’m sure they’d appreciate that.