You are here: Home \ Community \ Featured Posts \ Raise The Roof — And The Funds
Community
0

Raise The Roof — And The Funds

If I had a dollar for every time someone complained to me about parking lots, the upkeep of the football field, lack of tennis courts, or absence of a pool, I’d be able to pay for everything included in the 15-year campus plan at Christian Brothers High School. It’s true, CB is falling behind in […] 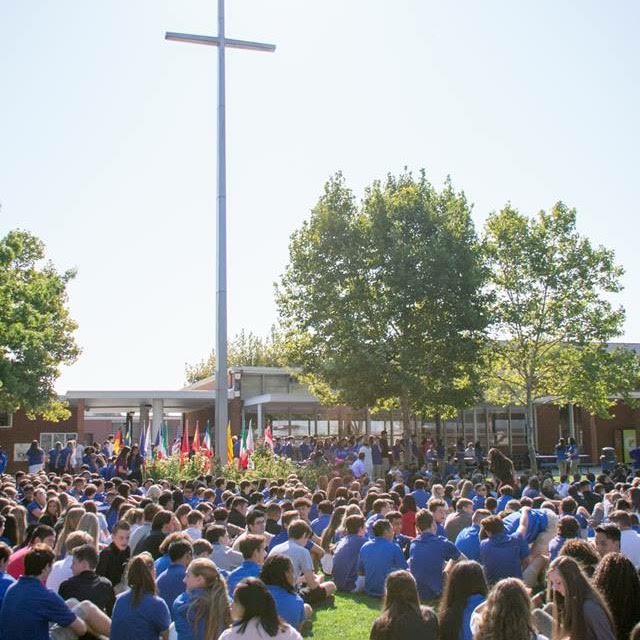 If I had a dollar for every time someone complained to me about parking lots, the upkeep of the football field, lack of tennis courts, or absence of a pool, I’d be able to pay for everything included in the 15-year campus plan at Christian Brothers High School.

It’s true, CB is falling behind in certain aspects of campus additions. Our campus has over 500 parking spots, but still, seniors are parking deep in the heart of Oak Park. Our tennis teams have to drive to Elk Grove and back for practice every day, when it seems as though a few tennis courts would be easy additions to a school with a dedicated tennis program. Our swimmers, divers, and water polo studs shack up at Sac City for their practices and matches. And I get it, I’ll try not to get you started on our lack of all-weather fields and track.

Believe me, I’ve heard it all.

So the Talon sat down with Mr. Lorcan Barnes, the president of our fine institution, to discuss what additions will be made to CB’s campus in the next few years and how we plan to raise funds for these lofty goals.

“In 2013-14, I assembled a group of administrators, alumni, friends, developers, and property people to create a vision for the next 15 years at Christian Brothers High School, and that project was completed in the Spring of 2014.”

The hard work of Mr. Barnes and his dream team of workers gave him the confidence to answer without a hint of doubt. Still, after this thorough answer, the Talon asked about the topic that’s been on all of our minds — the secrets included in the master plan.

“The 15-year vision of the campus includes converting the outdoor athletic fields to all-weather surfaces, adding lights and reworking the parking lot, acquiring additional properties, adding parking across the street, tearing Brother Bertram Hall and building a new student services building, and converting the cafeteria to a multi-purpose space.”

How much will it cost?

“Based on the 2015 economy, the entire project would cost about $34 million,” Mr. Barnes says.

Seems ambitious, I know. But the funding of CB’s alumni and boosters can make this seemingly impossible dream come true.

“Since the summer of 2015, [Director of Advancement] Mrs. Nancy Smith-Fagan and I have been talking with donors to see if they would get excited about considering giving a gift to our campaign.”

Great! Donors have major interest in this campaign, and all our long-term famous needs will be fixed!

Just because these donors and benefactors are intrigued doesn’t mean that the rest of the CB community can sit back and watch work being done. It is our job as students who love this school and care for its future to help in any way possible. Talk to your parents about donating. Stop by the office and drop off that quarter you found behind the vending machine. Raise awareness.

Don’t get me wrong; we are lucky, lucky kids. The opportunities at this amazing school are already limitless.

But why stop here?

Now, the timeline for this humongous project probably won’t start until after the class of 2020 has walked across the stage at Memorial Auditorium. However, if the present students can make life just a little better for the future Falcons, then I say why not raise awareness — and funds?