Not In Kansas Anymore

Last year, Christian Brothers High School had to a say tearful farewell  to Mrs. Mary Hesser, former principal of CB, and give a welcoming hello to Mr. John O’Connor. What most CB students didn’t realize was that while we offered a warm welcome to our newest principal, we were also opening our arms to another O’Connor. […] 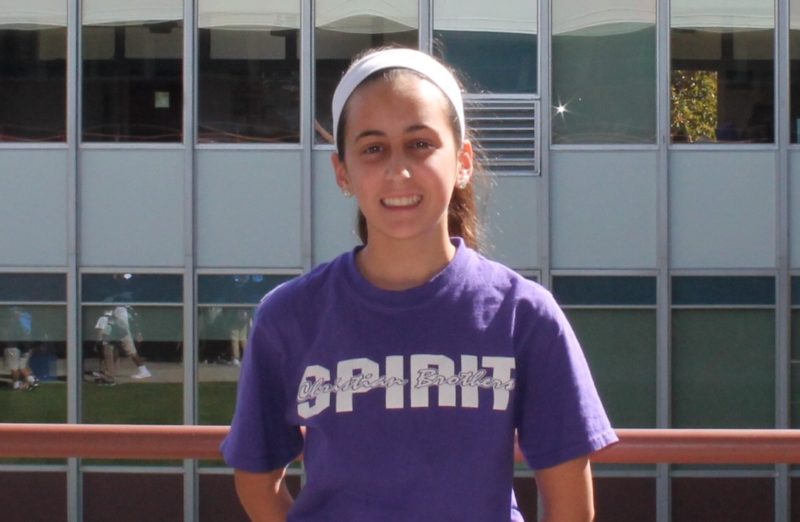 Last year, Christian Brothers High School had to a say tearful farewell  to Mrs. Mary Hesser, former principal of CB, and give a welcoming hello to Mr. John O’Connor. What most CB students didn’t realize was that while we offered a warm welcome to our newest principal, we were also opening our arms to another O’Connor. Get ready to meet our newest Falcon: Emma O’Connor (’20).

Currently a freshman, Emma is adjusting well to the CB community. She’s taking the typical freshman courses and making lots of new friends in the process. Despite only being at CB for a month, she already proudly shows love for this school.

“I love CB, and I love meeting new people every day, and I love the school community,” she cheerfully tells the Talon.

For Emma, the transition from middle school to high school was considerably normal despite the fact that she moved all the way from Kansas to California. Leaving Kansas meant she had to leave her friends and family behind, but she was still excited as moving to California was more of an adventure than a nightmare.

California opened up an array of new opportunities for Emma. She has already traveled to some of California’s most adored cities, such as San Francisco and Lake Tahoe. As the year goes on, she plans on visiting more of the Golden State’s beautiful cities. Although she’s excited for her future plans of travel, she’s most looking forward to “becoming part of the [CB] community, making new friends, meeting new people, and doing well in my classes and working hard.”

School has always been an important part of Emma’s life. She loves to get involved and work hard for her well-deserved grades. At CB, she is currently part of the God Squad and is eagerly anticipating Club Day and the start of swim season.

Although it may seem like having your dad as the principal of the school might add considerable pressure to do better than other students, it isn’t that way for Emma.

“He just cares that I do well in school, make friends, and get involved,” she claims.

She has always had a parent working at her school while growing up, so having her dad as principal of CB is completely normal to her. In her opinion, the Mr. O’Connor we see at school is very similar to the Mr. O’Connor she knows and loves at home.

Although her dad may be the principal of the school, she is still just a new student transitioning to high school along with her enormous freshman class. Leaving Kansas was challenging for her, but the excitement of coming to California washed away all the tears. Emma O’Connor’s upbeat and friendly personality will prove her to be a wonderful addition to our CB family.