The ongoing argument of whether a private school or public school offers a better education is difficult to understand unless you have experienced both. Statistics can only prove so much when it comes to the differences between the two. Some CB students revealed their opinions on what it was like coming to CB after attending […] 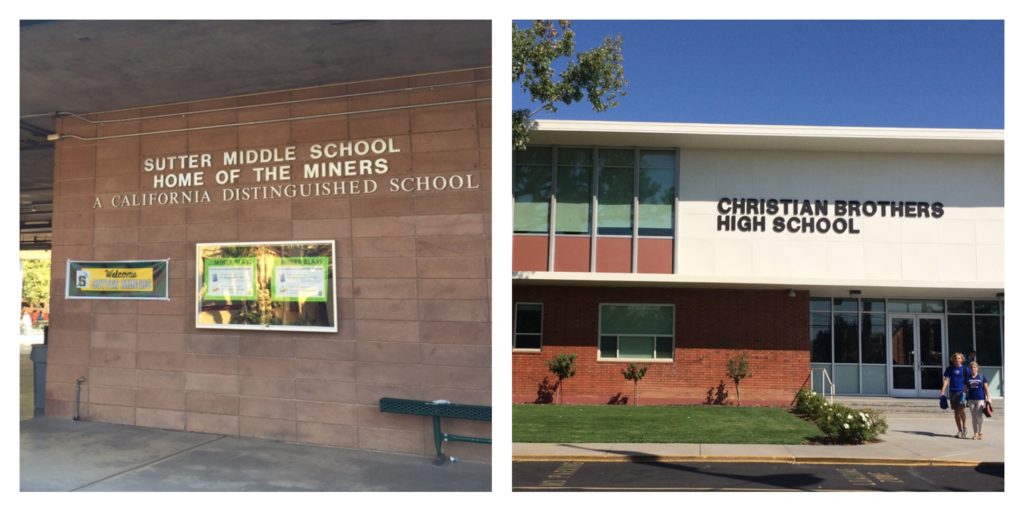 The ongoing argument of whether a private school or public school offers a better education is difficult to understand unless you have experienced both. Statistics can only prove so much when it comes to the differences between the two. Some CB students revealed their opinions on what it was like coming to CB after attending public schools.

Everyone has a difficult time adjusting in high school but for some students, it can be a more drastic change than for others. Coming from a public middle school, a private high school can seem like a bit of a culture shock. 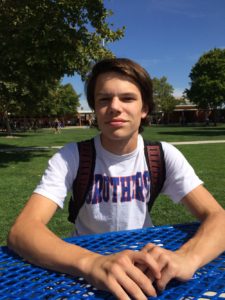 “I chose to come to CB because it is a better environment socially and academically,” he said. “The public school environment just didn’t work out for me very well.”

He noted how the teachers at CB are different from those he had in middle school.

“The teachers just care more about how their students do. They take more time to stay after school and answer their students’ questions and help them out,” the freshman said. “The students are so friendly and I feel so welcome here. It wasn’t too scary of a transition. I made new friends the first day.”

Adon had a different mindset in middle school that soon changed as he transitioned into high school.

Dominic Moreno (’19), who previously attended Stonegate Middle School, shared how the work load at CB took some getting used to. 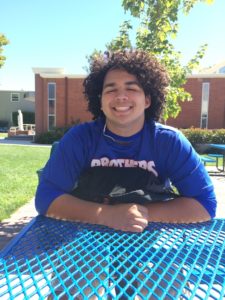 “The expectations on homework and assignments are a little harsher,” he shared. “The teachers have different teaching styles including more notes, in-class activities, and more lectures.”

Dominic also pointed out the difference in social settings between his old school and CB.

“It’s a way different environment — kids want to learn,” he says. “They don’t just want to fool around during class and just do nothing. It’s like a family here. It’s not just a bunch of kids at a school.”

Navneet Khaira (’18) described her unique experience coming from a high demanding middle school. Navneet attended Winston Churchill Middle School and took part in the IB program. She felt that relieved coming to CB after the stress of the IB program. 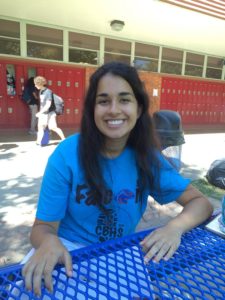 “I felt that the IB program was really strenuous on my course load and coming here, I felt a big sense of relief because the teachers really tried to help me out, where as the teachers at public school really didn’t care whether I turned in homework and stuff,” Navneet revealed. “The teachers here really try to help you do your best.”

Navneet further emphasized the difference in the school schedules and how unique CB’s particular schedule is.

“The teachers didn’t really accommodate the students as much as they do here. There is more of a fitted schedule,” she explained. “So say if you’re not good in science or you’re more proficient in language, CB really changes that for you.”

“For instance I take a higher Spanish level and math too. They really try to fit it the way you want it and so it challenges you appropriately.”

Navneet explained how the social life at CB is much friendlier and it is a more welcoming atmosphere than that of her public school.

“You can sit with anyone at CB and there wouldn’t be a problem,” she conveyed. “Everyone is so open and so friendly. I mean people at public school are nice too, but I felt there was more of a clique system there. At CB you can kind of just migrate and flow through each group.”

“I was on student council back at Churchill and they honestly didn’t really try to make things the best,” she confessed. “It was honestly just like ‘Oh we’ll just use this even though we used it last year,’ whereas here, everyone is on top of everything and the teachers really try and makes things like rallies and dances fun.”

Navneet has come to realize that although public and private schools offer a similar education system, the environment is what really separates one experience from the other.

“I think public and private school provide the same education but with different benefits,” Navneet explained. “Private and public schools both teach you the curriculum but I think it’s the community that makes all the difference. The people here, the teachers, everyone wants to be here. It was a good change. I felt like I fit right in and it was easy to transition here.”

Will Saalsaa (’18) previously attended Natomas Charter Middle School and expressed how his biggest adjustment was getting used to the religious aspect and the differences in the extra-curricular activities. 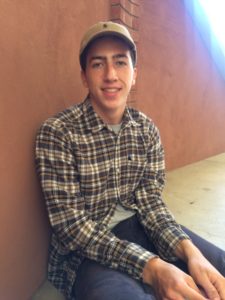 Natomas Charter is a performing and fine arts middle school, so he did not experience what it was like to have sports teams or attend school games.

Will also revealed how the student body here at CB offers a larger diversity compared to public schools.

“There is a lot more variety of students, different characteristics, and different interests,” he said.

Will personally believes that a private school is a better choice educationally and socially.

“Pretty much any private school that you attend is going to offer a solid education, but it kind of depends on the public school,” Will shared. “Natomas Charter actually had a really good program, and it wasn’t a total waste of time.”

“But I think overall, I would always expect a better education from a private school.”

Lastly, Hannah Quiroz (’17) articulated how she felt that transitioning from Sutter Middle School to a private school for the first time was the right choice for her, especially academically. 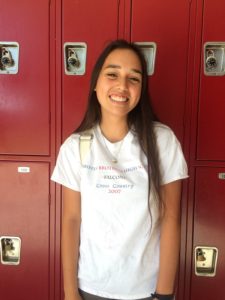 “In 8th grade, my teacher told me it would probably be best for me to go to a private school because I needed the extra help that public schools couldn’t give me,” she said.

Hannah also explained how the religious aspect of private school was a bit of a culture shock at first.

“The only hard thing for me was the religion,” she admitted. “I am not religious whatsoever, so freshman year was the first time really hearing about religion.”

Despite this adjustment, Hannah concluded that a private school was the best choice for her because it has helped her achieve so much more academically.

“Public schools don’t have the same education as private schools,” she stated. “At CB, you get that extra help during, before, and after school. But at public schools, you don’t have that opportunity because they don’t really care about your grades as much as they do here.”

Although some public schools offer a credible academic system, it is evident that these students appreciate how much more the teachers care and how welcoming the environment here at CB really is.