Wiggling out the worm, popping and locking, and the well-known whip and nae nae can all be seen at social open dances. But how many times can you bust out these moves (that we all know we’ve been practicing in our rooms) during our four years at Christian Brothers High School? As a freshman at Lock-In, we all […] 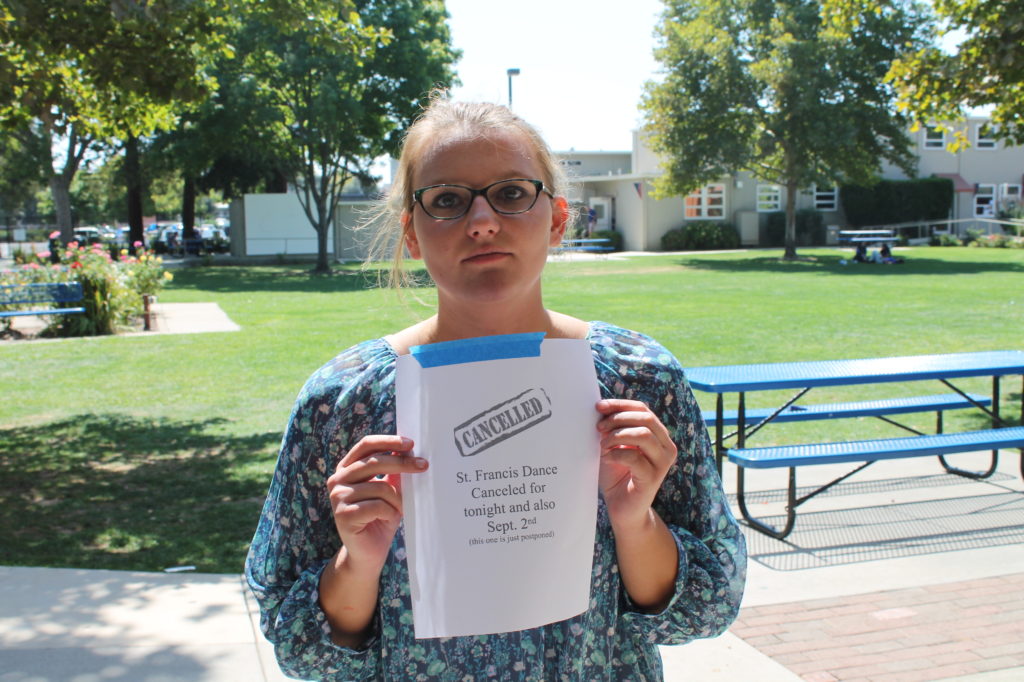 Wiggling out the worm, popping and locking, and the well-known whip and nae nae can all be seen at social open dances. But how many times can you bust out these moves (that we all know we’ve been practicing in our rooms) during our four years at Christian Brothers High School?
As a freshman at Lock-In, we all walked onto the the CB campus just wondering what the night might hold for us. After the awkward toilet paper game and the thrilling game of Hunter, Bear, and Ninja, DJ Hightop broke it down for us, giving us a taste of what open dances might be like. But are they really like the dances we see in the movies?
Lower division dances have always been something we look forward to as incoming high school students to help us revisit our friends from middle school and help us make new ones while sharing our favorite dances moves. As junior year rolls around, the phase of getting to know people has passed, and the numbers for admission start dropping (without popping and locking it).
The Talon went out and asked senior Megan Walaitis (’17) what would help with the popularity of upper division dances.
“There should be more upper division open dances on Fridays, and play music that is popular but not overplayed,” she says.
Megan then went on to talk about how more dances need to be held at Christian Brothers, so the Talon went behind the scenes to talk to the (wo)men behind the mask, Mrs. Rose Ann Holmes and Mrs. Annie Vanenburg.
“We never did offer upper division dances because we do not have enough parking,” Mrs. Holmes told us. “The dances got too big as [CB, St. Francis, and Jesuit] kept growing.”
CB’s parking lot! That’s the answer to the mysterious question on why we don’t have upper division dances here at Christian Brothers. The juniors and seniors are forced to depend and rely on St. Francis and Jesuit and their ridiculously hot gyms for our dancing fix.
On the other hand, some students, like Claire Carlton (’17), feel that they are “too mature” for a open dances because that’s something that’s seen an initiation to high school.
“The stigma of attending open dances as an upperclassman is negative,” Claire says with conviction. She explained that upper division open dances need to play age-appropriate music so that attendance increases and dances don’t get cancelled.
Whether busting out moves or using these dances as a social gathering, upper division open dances can help us maintain our moves for Prom and Homecoming. Next time the announcements talk about an upper division open dance, be sure to jump on it because you don’t know the next chance you’ll get to do the robot.
Tagged: Claire Carlton ('17), DJ Hightop, Megan Walatis ('17), Mrs. Annie Vandenburg, Mrs. Rose Ann Holmes
Share: