The average student has many questions about their future school. The college a student chooses is one of the most important decisions of a young adult’s life. Choosing the right college is a thought out process in which many factors go into making the final decision. Figuring out if you want to go to a […] 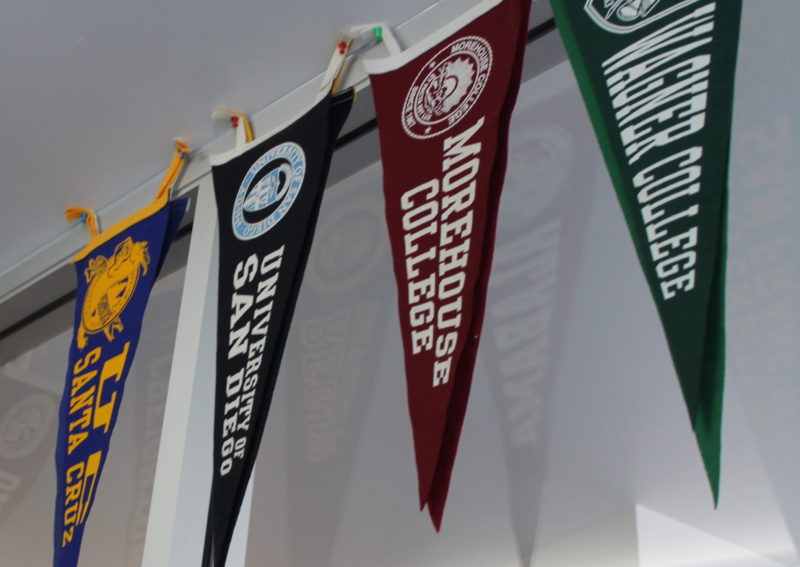 The average student has many questions about their future school. The college a student chooses is one of the most important decisions of a young adult’s life. Choosing the right college is a thought out process in which many factors go into making the final decision. Figuring out if you want to go to a community college or a four year institution can help narrow down the search, especially when teachers like Mr. Bernie Eckel, Mrs. Nicole Brousseau and counselor Ms. Melissa McClellan at Christian Brothers High School provide well-rounded and meaningful advice.

“The college choice is dependent on the student,” she explains.

The differences between each institution and how a student must choose one has to fit their situation. The GPA, financial status, and maturity of a student can define where they go. Community college allows for students pursing competitive majors and those who cannot get into the four year school of their choice an extraordinary new beginning.

Going to community college is also a cheaper option. The ability to work during the school day and reside at home makes the cost of living decline. Although community college seems less expensive, there are many scholarships and financial aid opportunities for four year institutionz that can help lessen the cost.

“Nobody knows what the financial aid is going to be like until they actually apply for it,” says Ms. McClellan

Community college is a “melting pot” of different areas of life, ethnic background and social economics. This may make some students anxious, but other students can educate themselves in the life experiences of their diverse peers. Community college has a different “vibe” than a four year school, and ironically, can lack school spirit and a sense of community. Campus life at a four year college can create stronger connections with your school and your peers.

“Community college is going to be a better fit for some people and is very dependent on each individual student,” Ms. McClellan says.

As a student on the border of deciding which college to go to, it is completely normal to feel anxious. Ms. McClellan’s advice is to “go ahead and apply to those four year schools, see what the results are and then apply to community college is a great option if they don’t get in or decide later financially it’s not going to work out.”

“Community colleges are very economical, but if you know what you want to do, you should go straight to a four year school,” he says. “Going to a community college to save money and time can end up costing you.”

For example, Mr. Eckel’s brother in-law went to Cosumnes River College for three years and then later transferred to Cal Poly. He lacked direction and had to continue there for three more years.  Mr.Eckel believes if he had just attended Cal Poly, he could have finished in four years which would have helped him financially.

“Money dictates a lot when you go to college, so you have to go with what you can afford or so you don’t go into debt,” Mr. Eckel says.

Many community college students believe that their credits are perfectly in line, but have issues when trying to transfer to a university or state college.

Mr. Eckel’s advice to seniors who are attending community college is to take classes that will move you on and plan five years ahead to make sure the credits that you do take can transfer.

The experience and the time you have to spend at the college are Mr.Eckel’s greatest concerns for the students going to community college. It is easier to get distracted at community college because not everything is right there on campus unlike a four year institute where many of the kids are bound together by campus life. Focus is key to obtaining a quality education in whichever college you may choose.

Mrs. Brousseau had first-hand experience with community college at Sac City. She paid for her own education out of money that she earned from working at a car dealership while she attended City College. The main reason Mrs. Brousseau attended community college was so she could pay her own way. Since she was working the majority of the time, she spent the other part of her time fixated on the education that she was receiving.

“My focus was education,” she explains.

It took Mrs. Brousseau three years to graduate from community college, which was perfect for her because she had the ability to work while attending school leaving her with little to no dept.

Community college and four year schools both provide a valued education. The other factors including the feeling the college has, the diversity of the students, one’s financial situation all combines into a bundle of decisions. Breaking down which school you want to go to is dependent on who you are as a person. May the advice from teachers and counselors help you make the ultimate decision.