The Lesser-Known Leaders of CB

Leadership is one of CB’s smallest classes, but its students have some of the biggest hearts on campus. Ms. RoseAnn Holmes has been teaching Leadership since she became Student Activities Director between 2005 and 2008. Her favorite part of Leadership is “knowing that students have the opportunity to consciously learn leadership skills.” “A leader is […] 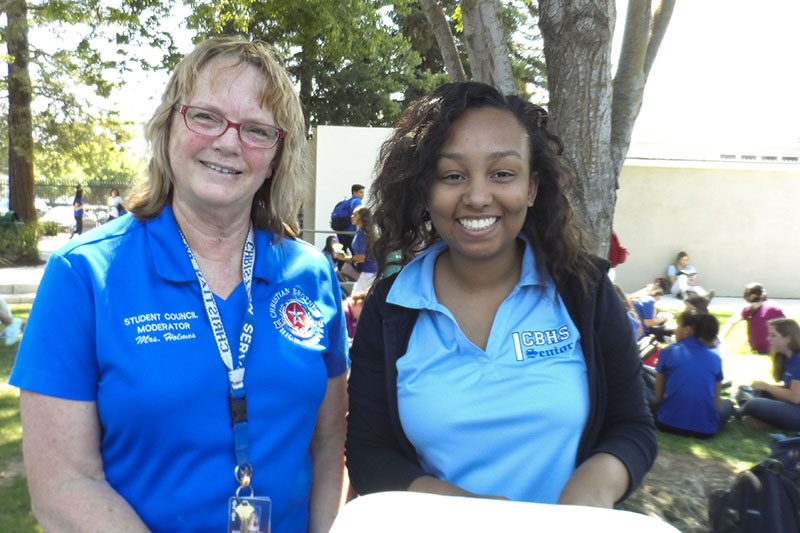 Leadership is one of CB’s smallest classes, but its students have some of the biggest hearts on campus.
Ms. RoseAnn Holmes has been teaching Leadership since she became Student Activities Director between 2005 and 2008. Her favorite part of Leadership is “knowing that students have the opportunity to consciously learn leadership skills.”

“A leader is someone who will be positive, be moral, be inclusive, and lead people towards a goal,” Ms. Holmes says.

There are many leaders in our Christian Brothers community. Being a leader isn’t just about being the captain of a sports team or joining Student Council — all of us have the ability to be a leader, and one class on campus helps cultivate that potential.

Ms. Holmes’ B set Leadership class isn’t widely known, but it is loved by the students who take it. The class is only a semester long, so it’s perfect for juniors that have an open spot with Mastering the Essay.

My first day of Leadership junior year, I was honestly a little bit terrified. I was the only junior surrounded by 20 seniors, and I only knew three of them. My fear was quickly replaced by happiness because everyone was so welcoming to me. My entire life I have been exceptionally shy and afraid to talk to new people, but after two weeks of Leadership, I was running around campus talking to faculty and staff that I had never met before.

Each student is in charge of a committee that they control throughout the semester.  Ranging from Alumni Relations to Poster Decorating, there is a committee for everyone’s personality and interests.  During my semester of Leadership, I was in charge of Alumni Relations. I deliberately chose this committee so I could break out of my comfort zone, meet new people, and make a difference in my school community.

“I chose this committee because I want the school to have eye-catching posters for people to look at,” she says.

Leadership class is much more than just passing out ID cards and helping put up hearts for Valentine’s Day.  In addition to chairing a committee, students help lead announcements, pass out items to B set classes, and do closing prayer on Fridays before the last bell.

“You realize that this school completely depends on Student Council, but they depend on Leadership and people don’t even realize we have it,” Ms. Holmes says.

“I think a lot of people believe that Leadership is actually Student Council because the two work indirectly to make many school events happen,” says Leadership student Jaela Harding (’17).

According to Ms. Holmes, this year’s Leadership class is one of the smallest sets she has ever taught. When signing up for classes next year, I strongly encourage more juniors and seniors to take advantage of this amazing class. Ms. Holmes and her Leadership students work every day to make our school community a better place.

Each and every one of the people reading this has the potential to be a leader both on and off Christian Brothers’ campus. No matter if you’re shy, outgoing, or some place in the middle, there is a place for you in Leadership.