Generations of Sacramento’s finest baseball players are brought back together to rekindle old friendships and spark old memories through the annual La Salle Club Hall of Fame dinner Since its creation in 1839 in Cooperstown, New York, the sport of baseball has spread all over the world. Whether it’s playing at the neighborhood park, in […] 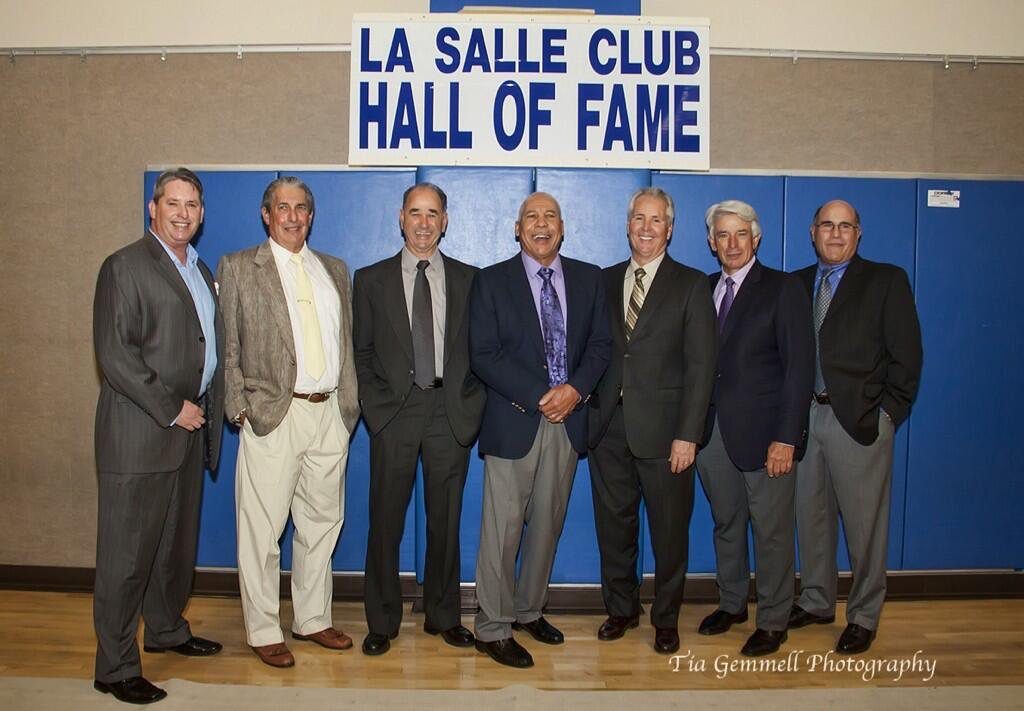 Since its creation in 1839 in Cooperstown, New York, the sport of baseball has spread all over the world. Whether it’s playing at the neighborhood park, in little league, high school, college, the minors, and the major leagues, baseball has always played a large part in people’s lives, especially in the city of Sacramento. Since the late 1800’s, minor league baseball has been played in Sacramento. Many athletes from high schools around the city are given the opportunity to show off their talents and compete at the minor league level and many have made it to the majors.

These former players have created bonds and memories sprouting from their days in Sacramento. The La Salle Club Baseball Hall of Fame was established in 1953. Since its establishment, the club has inducted over 500 players from the Sacramento area. Every year the club holds a Hall of Fame dinner hosted at Christian Brothers High School where a new class of players, coaches, scouts, umpires, and managers are inducted into the Hall of Fame. The La Salle Club helps run the dinner since it is an event supporting CB athletics.

However, the annual dinner unofficially started on April 2, 1938. Two brothers, Joe and Jack O’Neil, who were star baseball players in the 1920’s, started the idea of holding an annual baseball dinner. The original reason for the dinner was to celebrate the many successful “Bush” teams that played in the Sacramento area, especially the infamous Rooney and O’Neil Team that imprinted their names among Sacramento’s best in the 1920 and early 1930’s. The first gathering was held at the Southside Clubhouse and turned out to be a great success. The O’Neil brothers knew they could start a great annual event and began looking for a larger venue to hold the dinner.

After World War II, the dinner continued to happen in various locations until 1953, when the first dinner was held at Christian Brothers High School. That year, the Sacramento Baseball Hall of Fame became official, making Vince Stanich its founding father. Stanich decided that since Christian Brothers offered its gym for the event, it was only fitting that the proceeds should go to the La Salle Club, which funds the Christian Brothers athletic programs.

Stanich managed to sustain the dinner for over four decades. He was known for his super-human organizational skills and was able to keep the tradition going to the satisfaction of many. After Mr. Stanich passed away in 1993, CB alum Jim McNamara ’47 took over as chairman of the event. McNamara was drafted by the New York Giants after being apart of the Christian Brothers undefeated 1946 City championship team. After serving as the chairman, McNamara would pass on the duties to Jimmy Westlake ’51 in 2010. Westlake was very qualified for the position considering he has successfully served in the La Salle Club since 1958. After Mr. Westlake served as chairman for three years, he passed the torch to current director, Joe McNamara ’83, Jim’s nephew.

Joe takes great pride in being the current chairman of the Hall of Fame.

“I am extremely honored to be associated with these three great chairmen.” McNamara stated.

It is without a doubt that the CB alum is perfect for the chairman responsibilities. McNamara has a great passion for baseball and the history of the game. He takes pride in his work and enjoys being able to share what he knows.

“I love to exhume stories, dust them off, and showcase them to a new generation, or to the older generation that may have forgotten about them,” he explained.

Apart from enjoying the sharing and story telling of the older days of Sacramento baseball, the chairman loves to meet and discuss the game of baseball,

“After the Selection Committee decides on the induction class, I meet with each gentleman and we just talk ball. I have them bring their old scrapbooks and photos from their playing days,” He continued, “It usually turns into a three hour lunch.”

As the director of such a historically rich topic, it takes much research, interviewing, and reading to learn and acquire all this information. McNamara admits that most of the information he learns comes from a massive collection of scrapbooks passed on to him from the original chairman Vince Stanich. Stanich kept records, statistics, and team information in his scrapbook and always planned on passing it on to whoever followed him.

McNamara has learned a lot about baseball in the olden days and how that time period could affect that game being played. He has a special fondness for African-American ball players who had to play in the Deep South during the 1960s. Many players had to not only deal with the difficult sport of baseball, but also with being target by racial slurs and sometimes even death threats. McNamara recounts a conversation he had with former major league player Greg Sims about his time playing Triple- A baseball in Savannah, Georgia in 1969.

Sims responded saying, “Yeah, I wanted to get the heck out of there, and the only way out was to be brought up to the big league club.”

Each year a class of players are inducted into the Hall of Fame at the dinner. Starting in 2013, the selection committee came to an agreement that nine members will be inducted per year. The number nine is significant because in baseball there are nine players on the field at once. In previous years, class induction sizes would range from one to as many as 13.

The Sacramento area has produced many great baseball players over the years, many of whom have gone on to have very successful careers in the Major Leagues. Popular players and coaches include Jerry Manuel, who was inducted into the 2015 class of the Sacramento Baseball Hall of Fame. Manuel played at Cordova High School and then was drafted in the first round of the 1972 MLB Draft. Manuel’s  played for the Detroit Tigers, the Montreal Expos, and the San Diego Padres. Manuel’s playing career was over in 1982, but he would return to the big leagues as a manager in 1998 for the Chicago White Sox. After spending five years in Chicago, he went on to coach with the Mets before becoming the manager in 2008. Over his career the Sacramento Hall of Famer won a World Series championship as a coach for the Marlins in 1997 and won AL Manager of the Year in 2000 with the White Sox. 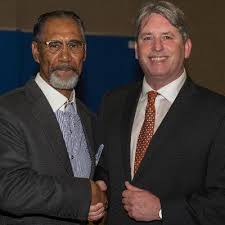 Another member of the Hall of Fame who is a similar face around Christian Brothers is alum Joe Gill ’63. Gill was apart of the 1962 team who went 22-2 on the season and was named the State Team of the Year by Cal-Hi Sports. After Gill graduated from CB, he attended the University of San Francisco, where he received an athletic scholarship to play baseball. After his senior season at USF, he was drafted by the New York Yankees in the 25th round of the 1967 MLB Draft. After his professional career as a player ended, Gill went on to coach many American Legion teams. In 1993, he became the head varsity coach at Christian Brothers returning to his alma mater. Gill also taught at CB while he was a coach.

It is without a doubt that being elected into the Sac Hall of Fame is a great honor. There are thousands of baseball players coming out of Sacramento, and to individually be picked out as a star player of your time truly speaks to the talented and experienced ball players that are elected each year.

Current CB students in the baseball program at the freshman, junior varsity, and varsity levels get to work at the Hall of Fame dinner every year. The players are responsible for greeting, serving dinner, cleaning tables, and clean up after the event. Many players enjoy and look forward to being able to attend the event.

“Seeing all the former major league coaches and players come back for this dinner makes you appreciate the sport of baseball,” varsity baseball player Jack Scurfield (’16) stated. “Also being able to interact and talk to former big league players who I used to watch on tv is pretty cool.”

“The dinner is cool to work at because you get to see how baseball plays such a big part of people’s lives and it makes me appreciate the game more,” says fellow teammate Jackson Balantac (’16)

There are many famous and well known players, coaches, managers, and scouts who enjoy taking part in the Sacramento Hall of Fame festivities. Whether it’s going to the induction dinner, group lunches, or coming back to give speeches, many members take pride in being involved in the club. Members enjoy bringing back memories from their baseball past and rekindling friendships with their fellow teammates.