A dog is man’s best friend, but for some here on the CB campus, a truck is their best friend. The Talon went to find out what being a truck owner is like. One might say a dog is the most loyal companion. But in the student parking lot at CB, man’s best friend is […]

A dog is man’s best friend, but for some here on the CB campus, a truck is their best friend. The Talon went to find out what being a truck owner is like. 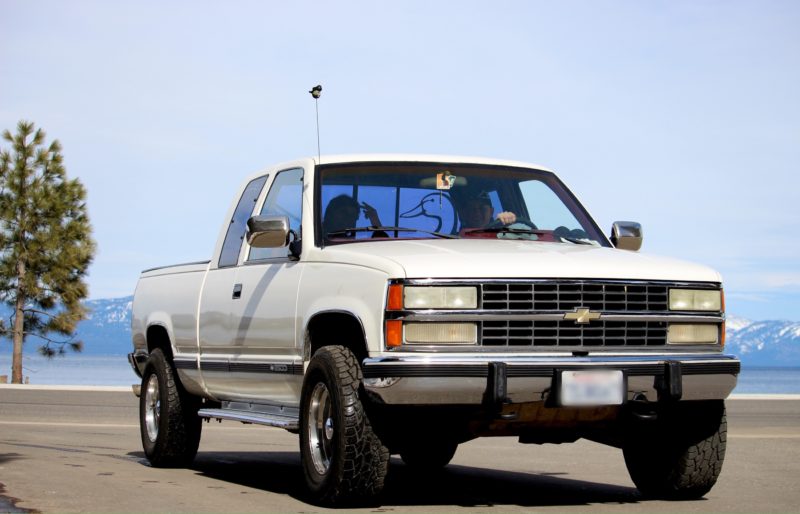 One might say a dog is the most loyal companion. But in the student parking lot at CB, man’s best friend is a student’s truck. Like dogs, there are different breeds. Some species of trucks are Ford, Chevy, Toyota, and Dodge. The truckers of Christian Brothers give their insights of what it means to drive a truck.

Zach Steving (’16) talks about his love for trucks and his own 2010 Ford Ranger XLT.

“I was looking around for a Ford Ranger on Craigslist for a couple of months until I found this gem,” he says.

What makes his truck so special is Zach worked hard during his summers and spent hours to work for enough money to pay for part of his truck. 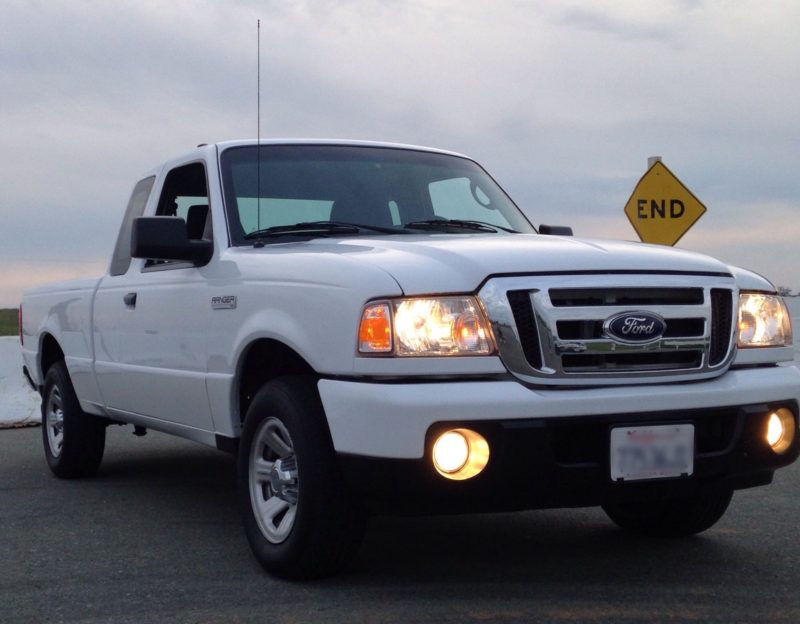 Jacob French (’16), a proud owner of a 2001 Toyota Tacoma, expresses his feelings about owning a truck.

“My dad bought it in 2003 in Woodland and used to drive it when it was raining because he couldn’t ride his motorcycle,” he said.

Jacob sees owning a truck more as responsibility than it being special.

“[A truck can be a] very helpful tool as well.” 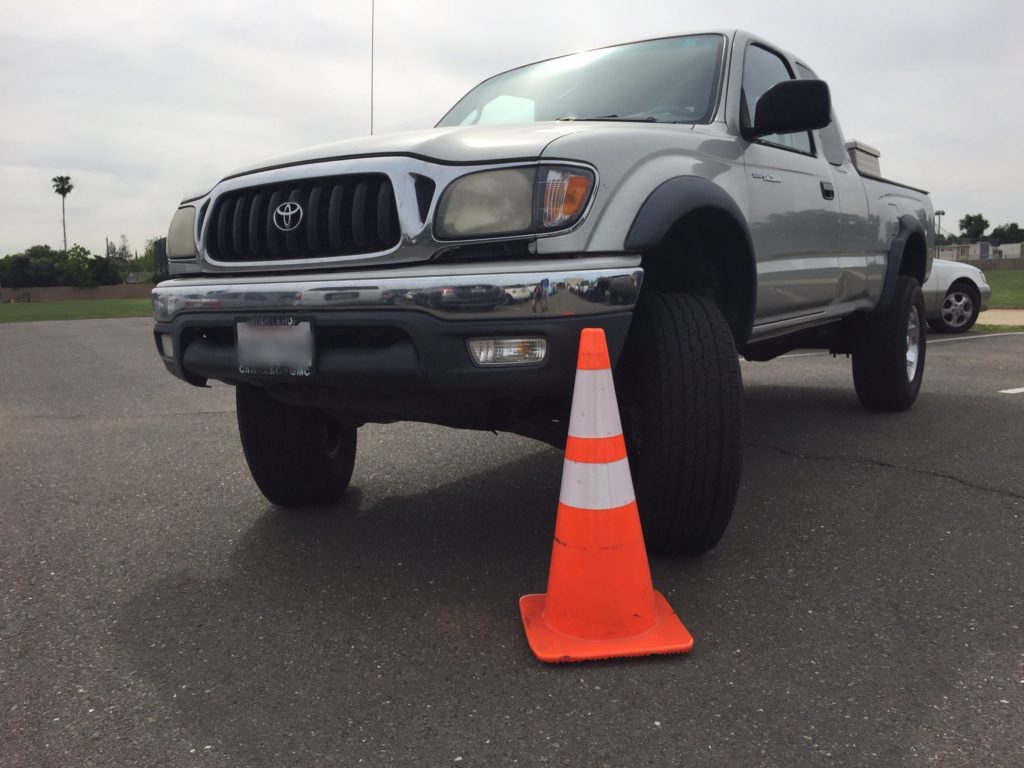 Another person’s who takes pride in her truck, is Morgan Dettling (’16) who drives a Platinum Ford F-150.

“[My] dad gave it to me as a used truck off the family ranch,” Morgan told me. Morgan says her truck is special to her because it can be used for towing prized possessions.

“[She] can haul my horses with my truck and so it’s pretty necessary for me,” she says. 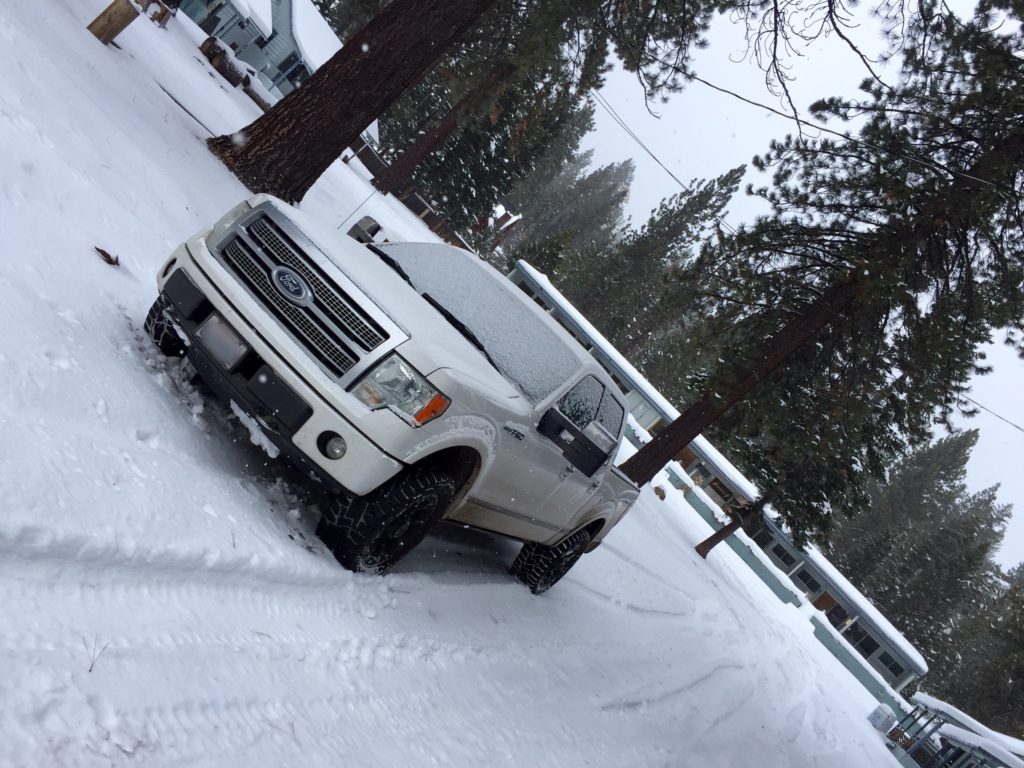 Jarrod Burkholder (’16) told me about his love for his truck, “White Lightning.”

“We had a Ford, and it was having some problems. It was an old truck. One of my dad’s friend’s co-worker knew a guy up in Granite Bay and he wanted to sell [the truck] so we picked it up. It was beautiful. It was like 10 years ago when we got it and took a lot of trips with it.”

Jarrod has gone on many adventures with his truck, and it means a lot to him.

“With a truck you can do just about anything. For me, I use my truck. I put the quad in the back, I tow trailers with it. It’s sentimental, we [have taken] a lot of road trips with it.” 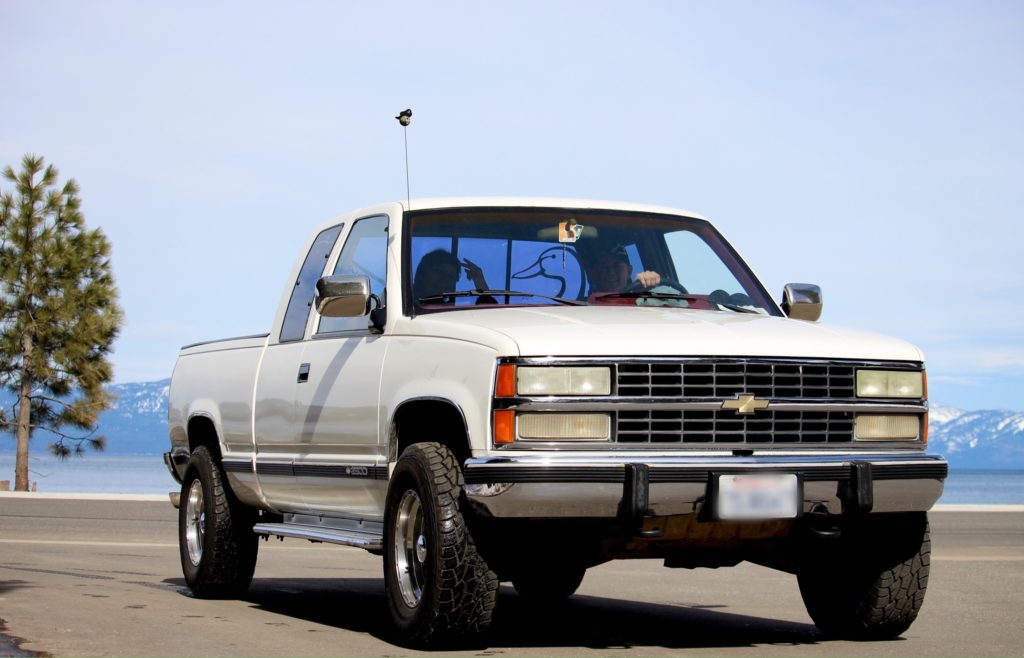 “My dad bought the truck brand new in 1998, and he had driven it ever since, then he passed it on to me,” he says.

Anthony believes trucks are special because they can be used for getting the job done. 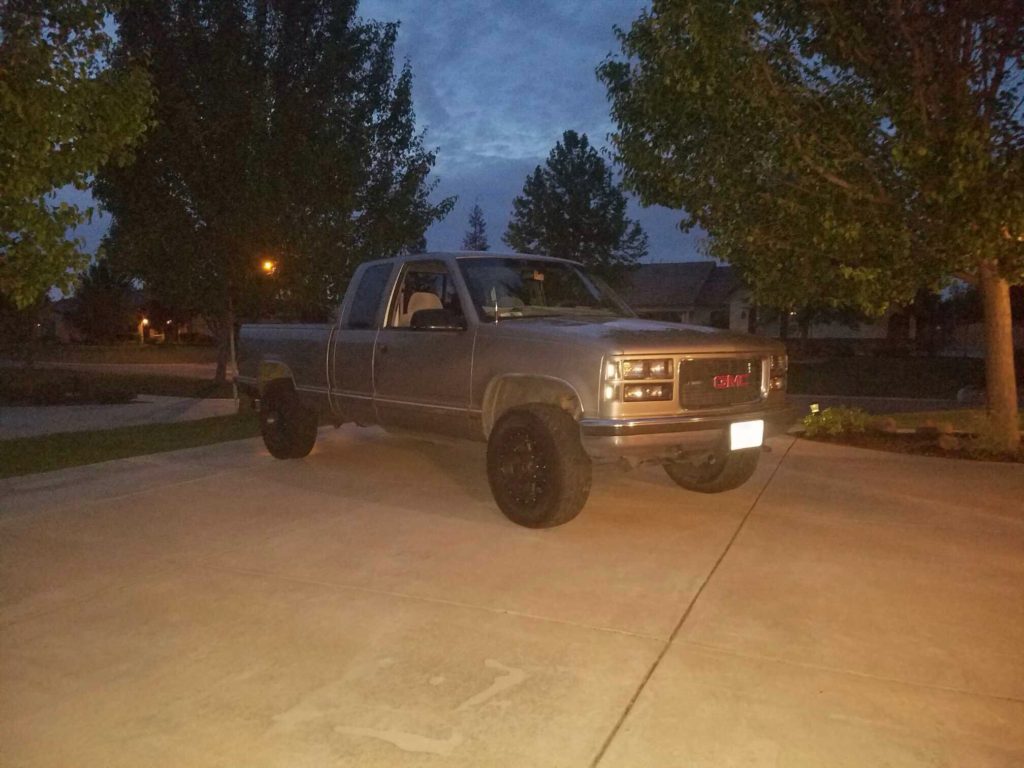 Like a dog, the owner must take care of it by grooming it, feeding it, and picking up after it. When taking care of a truck, you need to make sure the oil is full, tires have enough tread and most important of all, you need to always have a full tank of gas.

“I take care of my truck by washing it every Sunday and waxing it every 6 months to keep the paint fresh, I also dress up the wheels and keep my interior mint by not eating food inside,” said Zach.

Morgan takes care of her truck by “[taking] it into the shop when it breaks down.”

“I wash my truck almost every other week. [I] clean the interior about every other week, I kinda alternate a little bit you know. I change the oil whenever I can. I do all the maintenance myself,” Jarrod says. “I don’t like anyone touching her.”

“[I] wash it very often, the wheels [and] the windows you have to keep really nice,” Anthony says. “No trash inside the truck, that’s the number one rule.”

But its hard for Jacob to take care of his truck.

“Time is a major factor,” he says.

Like a dog, you can buy it toys to play with and dress them with sweaters and little shoes for their paws. For a truck you can buy them toys also: new tires, a lift kit, and a brand new stereo and speakers.

But he’s not the only one who gave his truck a new look. Morgan decorated her truck with with a University of Colorado-Boulder sticker and Kuiu sticker on her back windshield. She also has black rims and rough terrain tires for when she goes to the snow and for extreme mud.

Zach does his own accessorizing for his own truck.

“I’ve been building a sub box for the backseat of my Ford Ranger and am slowly adding more to my truck,” Zach says.

“[I put] rims, tires, lifted the front end two inches, throttle body, spacers, a ten inch sub in it, and a new speaker and a [stereo] deck,” Jarrod says.

Our trusty canines can help us with tasks by being given jobs. Some jobs a dog could have are guard dogs to protect us, sheep dogs to protect our livestock, and seeing-eye dogs to help impaired people to get around. Trucks are very helpful for people with big tasks.

Morgan’s truck is not only her way of transportation, but also helps her tow big loads.

“I use my truck as my commute car to school and as a vehicle to haul my horses,” she says.

“I did bring a bed to my house from storage,” he said.

Jarrod uses his truck by hauling and towing many things like his quad.

“I put my quad in the back all of the time, tow trailers with it, I do gypsy [stuff] with it, [and] put wood in the back,” Jarrod says.

Jacob says he uses his truck to sit in the bed while at the drive-ins, moving, transportation, and going off-roading.

When owning a dog you have to responsible for it. You need to make sure it has food and water, uses the restroom outside, and is cared and loved for. For the truckers of CB, people who treat their pet dog with care is the type of person who drives a truck.

Jacob believes that the type of person who drives a truck is someone who will treat it like an owner who loves their dog.

“A person who drives a truck is one who can take care of it, respect it, properly drive it and park,” Jacob says.

Zach thinks the type of person who drives a truck takes pride in their country.

“A real American drives a truck,” he says.

Morgan who also drives a Ford says that “typically a country person[, not a city person,] drives a truck.”

Anthony has many ideals for what a truck driver should be like. To him, they need to strong, have good vision and have a good heart.

Jarrod gave his insight on what kind of person drives a truck. To him, a truck driver is someone who drives a Chevy.