You are here: Home \ Arts \ Featured Posts \ A Word From Yo’ Teacher
Arts
0

A Word From Yo’ Teacher

The rap genre is widely popular among the younger generation. But is it possible that our very own CB teachers listen to rap? 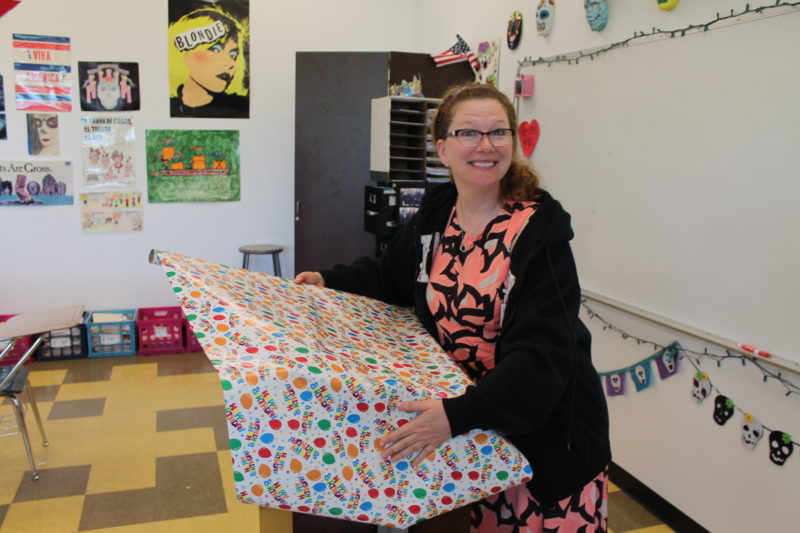 What do our teachers listen to on a regular basis? Rock? Jazz? Alternative? 2Cellos? The last thing students would expect is that some of our very own teachers listen to rap. Crazy right? But it is true — and they actually enjoy it.

Rap plays a very large role in youth culture and also played a role in our teacher’s youth. While many teachers have forgotten about rap, some still listen to the wonderful genre.

“I like a lot of the energy rap music puts out,” Ms. Jennifer Lystrup says.

“I like that rap has got that driving beat,” Ms. Tracy Chadbourne adds. “It gets me pumped for anything I need to be pumped for.”

The musically sound Mr. Julian Elorduy ’03 loves the idea of rap music and its beats rather than the lyrical side of rap.

“I enjoy rap music because of the way a beat, melody, structure, or a sample will make me feel,” the religion teacher says. “Also the aesthetic associated with the music, and the way you want to dance to it, or cruise down the freeway in the car.”

But what rap artists do our teachers listen to?

“Well I listen to artists like Salt-n-Pepa and Sir Mix A Lot,” Ms. Chadbourne says. “Mainly the one hit wonders.”

Ms. Lystrup says that some of her favorite artists are Kanye West and Jay Z,

“I enjoy the way Future articulates his vocals. I also like to listen to Drake and Nas’ Illmatic has stuck with me for a very time long as well,” says Mr. Elorduy. “I like some old school hip hop from back in the day like Curtis Blow. He’s probably my first trip into original old school hip hop.”

Rap music often supplies negative influences upon our current youth, which is seen as a constant issue. Ms. Lystrup talked about the influence of Kendrick Lamar and whether the direction of rap is headed in a negative or a positive direction.

“I’m worried about boundaries, objectification, the way sometimes people will internalize rap music,” she says. “But if Kendrick Lamar is the go-to person, there probably will be more experimental rap.”

Despite what students may think, teachers do listen to rap. The thought of one of your teachers listening to Future or Kanye my sound crazy but, in all reality it isn’t. Just know that these teachers have a good appreciation for not only music, but all types of music.