Fun, intensity and friends…CB men’s volleyball has it all! Men’s volleyball is often referred to as a forgotten sport — but it is one of the most competitive and challenging sports guys at CB can play. The Talon talked to four varsity players to find out more about why they play and what their goals are […]

Fun, intensity and friends…CB men’s volleyball has it all! 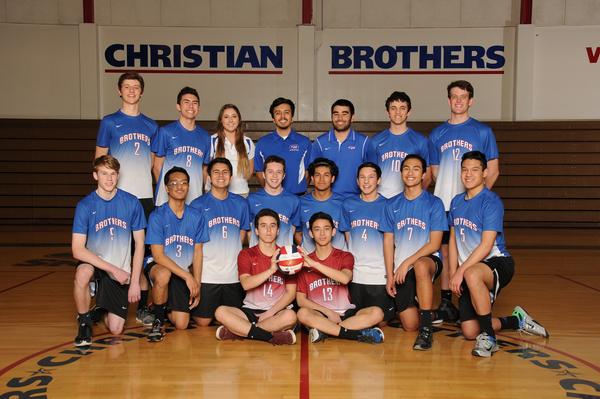 Men’s volleyball is often referred to as a forgotten sport — but it is one of the most competitive and challenging sports guys at CB can play. The Talon talked to four varsity players to find out more about why they play and what their goals are for this season.

“I got into volleyball in 8th grade, I fell in love and wanted to keep playing,” said senior starter Kyle Lutz (’16).

He speaks passionately of the sport and made it clear that volleyball is argue part of his life.

“I continue to play because I want to keep getting better and being able to play at higher levels,” the outside hitter says.

For Marcus Cepeda (’17), there is nothing better than playing a sport he loves and spending time with friends.

“I’ve also been playing volleyball since 8th grade and I was introduced to it by my current teammates Nick Hilton (’17) and Joseph Nazareno (’17),” says the sensational setter. “I really started playing to just be with friends but I stuck with it because I love being challenged and I love playing hard and volleyball has continued to let me do both up to this point.”

“I’ve been playing volleyball since 5th grade because I wanted to try it out,” said passing professional Carlos Serrano (’16). “I continued to play because it’s fun and not too serious.”

“I’ve been playing since 5th grade and in the off season I play club and we travel across the United States to compete,” Nick says.

The senior leaders were asked what their plans were for the current season.

“I want our team to be #1 in Sections” Carlos says.

“Hopefully we will place 2nd in Sections and get to NorCals”  Kyle says with a hopeful gleam in his eye.

We asked the players what the crowd is typically like at home games and the answers were disappointing.

“The crowd is mostly nonexistent. Senior night normally gets a decent amount of people and it’s a lot more fun,” Carlos says. “It seems like the away teams have more of a crowd than we do at home games.”

“We usually lack a nice fan base during most home games. When we do have fans we tend to play a lot better,” Nick says. “When I see my friends in the stands it gives me that extra push to have a great game or make some great plays. We always appreciate their support.”

“I love the games when there are fans that come out and support because I feed off of their cheers and it really gets me hype and those games end up being my best,” Marcus says.

“Best memory for me would probably be the Jesuit game we played last year where we started going into extra points in the final set and we took the lead and my teammate Chase Mehlhop (’17) put down the ball to win the game for us,” Nick recalled.

“My favorite memories always include really intense, close games. I love playing under pressure and volleyball it is especially fun because the game is never over until the last point,” Marcus said with a smile.

The seniors have very different plans for volleyball in their futures.

“I will probably go to UCSD, but will not play volleyball in college, although I may play on a rec team.” Carlos said with a smile