For these groupies life is just not the same without their beloved bands and performers.   All of us on the Christian Brothers campus have our favorite bands or artists that we rock out to whenever we get the chance. Some Falcons have a love so deep for their favorite performers that they would fit […]

For these groupies life is just not the same without their beloved bands and performers. 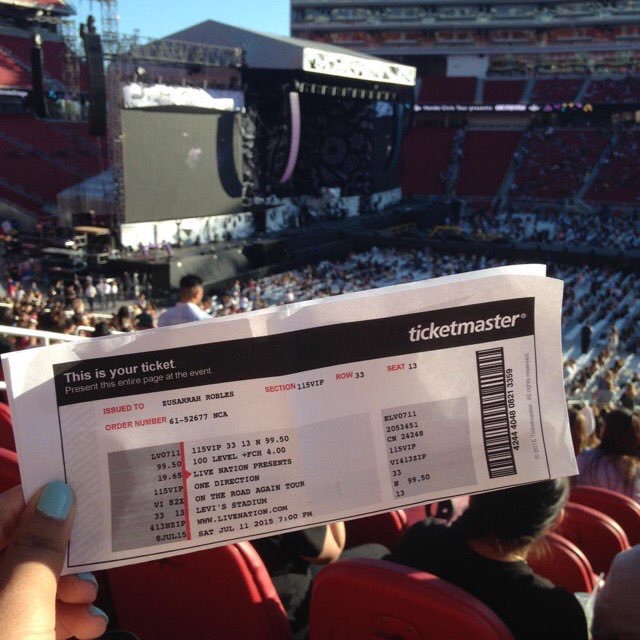 All of us on the Christian Brothers campus have our favorite bands or artists that we rock out to whenever we get the chance. Some Falcons have a love so deep for their favorite performers that they would fit the description of a typical band groupie. Nothing can stand between them and the performers that give them a reason to live.

Niall, Harry, Louis and Liam — these are the names of the four heartthrobs of One Direction that make girls across the country go insane. Even girls at Christian Brothers can’t help themselves from listening to their sweet, melodious tunes.

Erika Robles (’16) shared her love for the group and explained what it’s really like to be a “Directioner”.

“I first discovered the band in December of eighth grade after a friend suggested that I check them out.” she says. Erika was not an instant fan at first and did not consider herself a groupie until she saw them perform live on their Take Me Home tour in the summer of 2013.

“After seeing them perform live, my love for the band really blossomed.” says Erika.

She shows her love for the band by hanging posters in her room and owning a few t- shirts with the boys faces on them. Erika says that her favorite member of the band is Harry Styles and addresses that terrible day in every Directioner’s life when the band got a little bit smaller as Zayn Malik left the group.

“When I heard the news that Zayn left, I was in religion class reading an article and all of the sudden a headline popped up proclaiming that he had left the band.”

Erika didn’t believe the headline at first but later that day when the news was confirmed she was heartbroken.

“I remember just sitting alone during lunch listening to their music, I didn’t want to talk to anyone.”

After getting over the shock of Zayn’s departure, her love for the band was still strong. Erika has seen the band perform three times and cherishes all the friends she has made attending concerts.

The thing she loves most about One Direction is seeing how the boys unite others and bring happiness to so many people.

A teen pop duo that has some girls at CB swooning are Kalin and Myles. These two boys took the internet by storm and their popularity has continued to grow worldwide.

Tehya Moisa (’17) has been a follower of the two since 2013 when they were posting their videos on YouTube with hopes to one day make it big.

“I discovered them about three years ago, I was on YouTube and a video of theirs popped up, ever since then I’ve been a fan,” she says.

Tehya has seen the boys perform three times, but she’ll never forget a special moment that changed her life forever.

“I was seeing them perform in San Diego sitting front row — Kalin reached out and touched my hand,” she says. “That’s for sure my best concert memory.”

Tehya shows her love for the boys by covering her room with posters and collecting t-shirts of the hot duo. The thing she loves most about the boys is their different personalities and the unique style that they bring to their music. It’s hard to argue that Teyha will be anything but a Kalin and Myles fan for life.

Ryann Thomison (’17) openly shares her love for music star Sean Kingston, who took 2010 by storm with his feature on the chart topper “Eenie Meenie” with Justin Beiber. Ryann has always and forever will be a fan of Sean’s.

“I first discovered Sean back in middle school when he was at the peak of his popularity and the love has stuck with me ever since,” she says.

Ryann’s interest was caught by her and Sean’s shared love for Jamaica and his smooth reggae jams.

“I enjoy his unique beat and catchy tempo he brings to his music.”

Ryann has been a fan for years and feels that Sean has grown up with her, sticking by her side in the good and bad times of middle school. Ryann was an instant fan from the start, sharing that she would even give up her only birthday wish to meet with Sean Kingston and see him perform.

These groupies are just a few of the many more that roam the halls of Christian Brothers. Music has a strong influence over some Falcons, giving them another opportunity for self expression.