For these two seniors, life is better on two wheels. Glancing around the CB parking lot, everything seems pretty average. There’s cars, more cars, and a… motorcycle? Or is it a scooter? Whatever it is, it’s not average. According to Andres Avila (’16), the sleek, dark blue, two-wheeled vehicle parked in the corner of the […]

For these two seniors, life is better on two wheels. 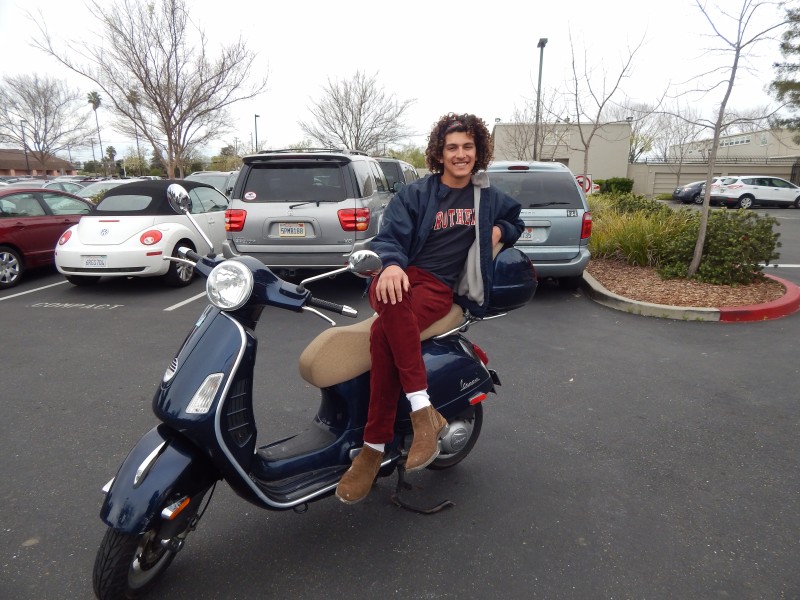 Glancing around the CB parking lot, everything seems pretty average. There’s cars, more cars, and a… motorcycle? Or is it a scooter? Whatever it is, it’s not average.

According to Andres Avila (’16), the sleek, dark blue, two-wheeled vehicle parked in the corner of the lot is a Vespa.

“It’s a cooler version of a motorcycle on two wheels,” he says. “It’s the Italian motorcycle, basically”

Although Andres’ Vespa has more of a scooter aesthetic, it’s not the look of a bike that makes it a motorcycle. The California DMV considers any two or three wheeled vehicle with an engine size of at least 150cc’s a motorcycle. Andres’ two Vespas have a 200cc and 250cc sized engines, allowing him to reach speeds of almost 80 miles per hour.

While the DMV doesn’t recognize any differences between a Vespa and a regular motorcycle, Andres does.

“They’re just cooler,” he claims. “They also get all the women.”

In addition to the cool factor, Vespas are easier to ride.

“It’s a twist and go. Motorcycles are harder because you have to shift.”

Compared to a motorcycle, Vespas are the clear winner. But what about compared to cars?

Andres illustrates his preference to Vespas when he remarks that “driving a Vespa is just amazing, you know? Going down the street with the warm air in your face and everything — it’s way nicer than cars.”

Italian motorcycles obviously have their advantages. Along with the ability to weave through traffic and easily park anywhere for free, the greatest thing about Vespas is definitely their gas efficiency.

Unlike the rest of us car owners who pay hundreds of dollars for gas each month, Andres and Seamus pay a small fraction of our costs in the same time frame.

“If I drive it just for school, and I drive it here and back every day, I fill it up once a week and for less than five dollars usually,” Seamus explained with a smile. While Vespas can cost between $3,000 and $11,000 (You could buy a small car with that money), their gas efficiency makes it a fantastic investment.

Even Andres, a Vespa owner himself, claims that off-brands still get the job done at a cheaper price.

In fact, Seamus has a knock-off Vespa. His is a “Stella” from a company called Genuine Scooters. The Stella has a 147.5cc sized engine and can go up to 50 miles per hour. Not too shabby. 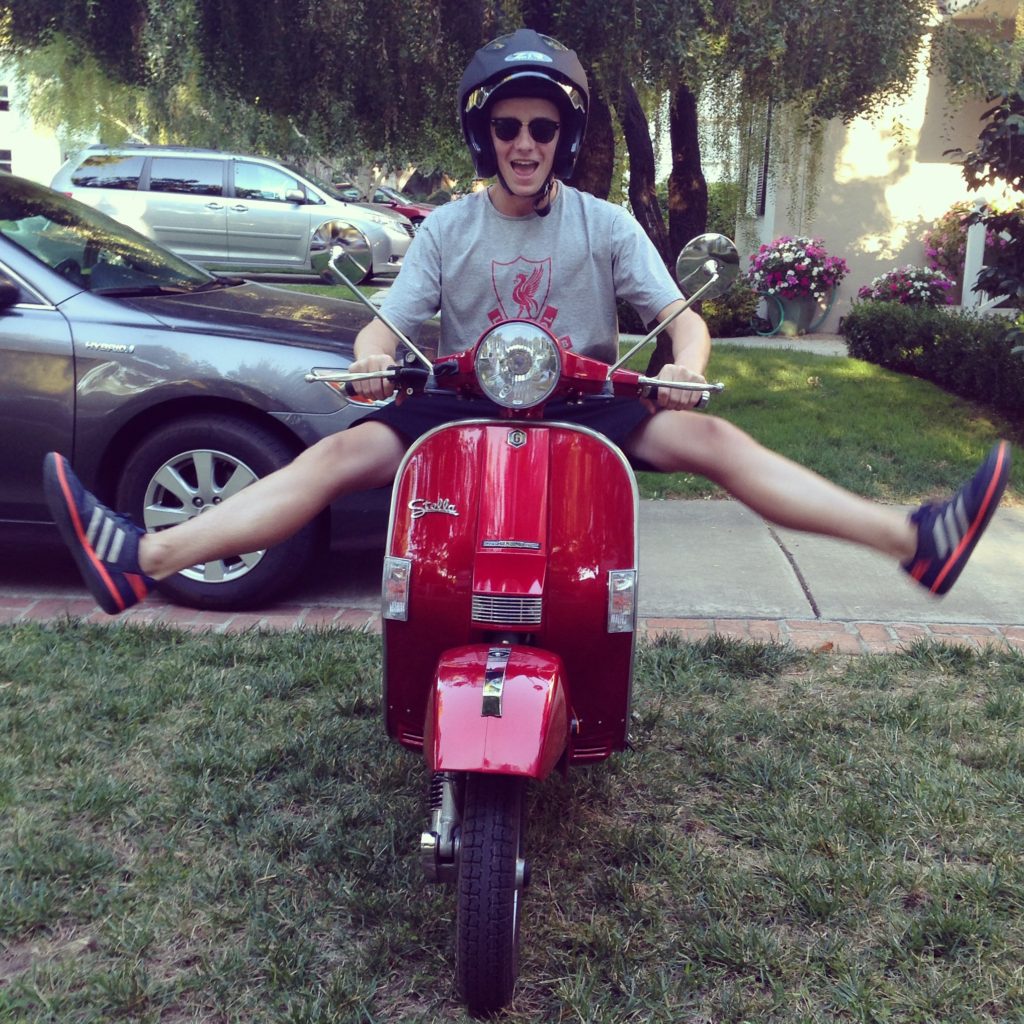 The “Stanley” with his Stella

Although there are many pros to owning a Vespa, there are also cons. But just a few! One of the biggest disadvantages to riding these Italian motorcycles is safety.

“There’s no protection from the elements so if it’s raining, you can get pretty cold, and you don’t feel very safe on it,” Seamus revealed. “You’re exposed. There’s no seat belts, no airbags, no anything.”

On the other hand, Andres is mostly concerned with convenience and storage.

“My least favorite thing about it is when I have to take a lot of stuff and I can’t fit it on there,” he says with a frown.

Despite the cons, Vespas are pretty amazing. They look cool, the fuel economy is great, and they’re fun to ride. If you’re eligible to have a driver’s license, then you’re eligible to legally drive a Vespa. All you have to do is hit the DMV up and get a motorcycle license. Not too complicated, right?

One warning to remember, though: Once you go Vespa, you can’t go back.