There are two people in this world: the people who attend their high school reunions and the ones that don’t. Two CB teachers share their stories of this unforgettable experience. Have you ever wondered what your teachers were like in high school? Sometimes it’s hard to believe that they went through the same process: getting cut […]

There are two people in this world: the people who attend their high school reunions and the ones that don’t. Two CB teachers share their stories of this unforgettable experience. 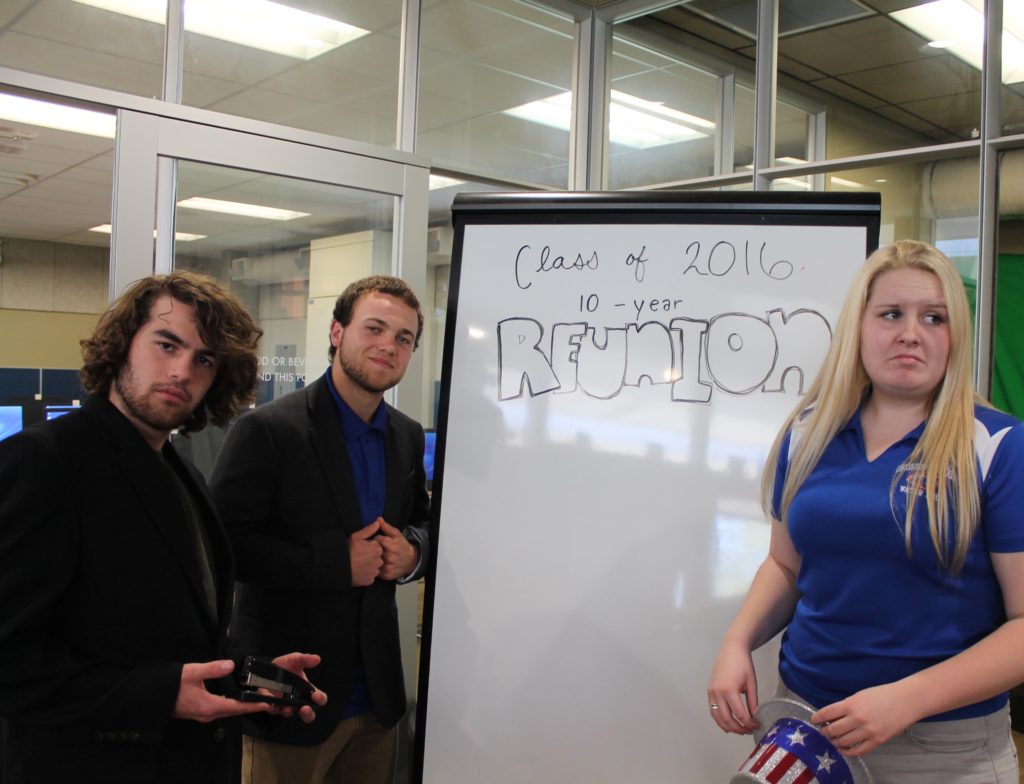 Have you ever wondered what your teachers were like in high school? Sometimes it’s hard to believe that they went through the same process: getting cut from sports, girl/guy drama, endless homework, and searching to find the answer to “how can I fit in?”.

This article is not a vocation story, but two of our favorite teachers get real and share their experiences of a memorable milestone called The High School Reunion. Throughout life, you will find that not everyone comes from a high school blessed with the Disneyland atmosphere that CB is used to… and some teachers know that fact well.

Ms. Tracy Chadbourne, one of  Memphis, Tennessee’s finest, attended a high-school-which-must-not-be-named. She says she was compelled to attend her 10 year reunion to see if she was right about the people she encountered in high school.

“I wanted to see if I really did hate all of those people,” she laughs.

No surprise, her former classmates met her expectations.

“It was actually really fascinating because people hadn’t changed, they were the same!” the Spanish teacher says. “Mrs. Popular was Mrs. Popular and Mr. Sporty was Mr. Sporty!”

She hopped on a plane, traveled back home, dressed up, all to reconfirm that some people never grow up.

She cannot say she was shocked but she enjoyed being one of the only employed reunion-ers.

“They became losers,”Ms. Chad giggled with a shrug.

However, the reunion wasn’t all bad. Being the outgoing woman that she is, Tracy endured small talk with her long lost high school classmates.

“I talked with a few people,” she says. “I didn’t have a clique in high school, and the people I did talk to in high school didn’t want to talk to me.”

Sounds like high school! Being in a huge group of semi-familiar faces in semi-formal attire can be extremely intimidating, but Ms. Chadbourne did not back down. She took the situation head-on and reunioned with no regrets. She remembers the first time she walked into the room.

Like all good things, high school get-togethers must thankfully come to an end, but that did not did not stop Ms. Chad from keeping in touch with her peers.

When asked if she would recommend this reunion to a friend, she adamantly says “definitely, because it will blow your mind!”

And why exactly will it blow your mind?

“Like, people what are you doing? I mean why do you have a three on your back? It’s like he went out and bought a shirt with a race car three on it and thought ‘I think I’ll wear this to my semi-formal class reunion’.” I’ll never forget it.”

Another teacher with an unforgettable experience is Ms. Maureen Wanket, a three time returning champ of class reunions. She says that she initially wanted to attend her 10-year-reunion because she was determined to make peace with her high school classmates.

“At first I wanted to go because I wanted to forgive everybody and for everyone to forgive me,” she says. “It didn’t work out! I still hated all of those people really badly!”

But, she had good reason.

“At my tenth year [reunion] I was hit with a brick. At my fifteenth [reunion] a girl, I mean a woman, insulted my family and it was really awful. My twenty-fifth was ok, well, it was really boring. It was chill probably because no one recognized me!”

Most of us would’ve given up on reunions after having a brick hurled at us, but Ms. Wanket persevered through two more evenings in hopes that one day they might get better. Luckily, three reunions down and she is alive and well to share her unique encounters. She described her reunions with a simile.

“It’s like stepping into a David Lynch movie — strangest experience of my life!”

Sometimes it’s hard to ignore the judgmental vibes and Ms. Wanket was very in-tune to the chaos surrounding her presence.

We all want to believe after high school some things, like choosing to rock a different hair color, will be accepted by others. However, adults sometimes face the same prejudices that high school students do.

“They all want to pretend like they are twelve still! I had the worst class with the worst girls, you would’ve hated them!” Ms. Wanket said with a matter-of-fact tone.

Don’t be scared by this article — Ms. Wanket and Ms. Chadbourne agree that attending reunions make for an unforgettable milestone.

“You should totally go because it’s like prom.. It’s an essential American experience, and you should go, like why not?!” Ms. Wanket encourages. “Because I am not sorry– those are good stories. Every time I go something fascinating happens!”

The social media queen herself says that she makes sure to check in on her high school buddies once and awhile. Her network is enriched by keeping tabs on her classmates, some of whom are famous and have helped her in her own career.

Ms. Wanket and her husband were high school sweethearts so in the end, high school and the reunions that come with it are not all bad.

“I have some friends who are very successful and I keep in touch with them. I married my high school boyfriend, so there’s that,” she says proudly.

Ms. Wanket shared her universal expertise on preparing for any high school get togethers. She stresses the importance of respect and treating your classmates how you would like to be treated.

“All I can say is: BE NICE, because people remember, so be as kind as possible at all times.. Although, there was nothing I could’ve done for Gretchen*– she was still mad! I didn’t even know her!” she laughs.

High school reunions are not everything, but they are an event that everyone should attend at least once in their lifetime. As future CB alumni, we can strive to keep in touch with the community we come from and look forward to our own class reunions because after all, you never know what could happen!

Ms. Wanket smiles and leaves us with this: “Haters gonna hate. That’s my wisdom.”

*Gretchen is the one who committed brick assault