You are here: Home \ Community \ Featured Posts \ No Consolation For Constellations
Community
0

No Consolation For Constellations

If you want something amazin’, go star gazing. 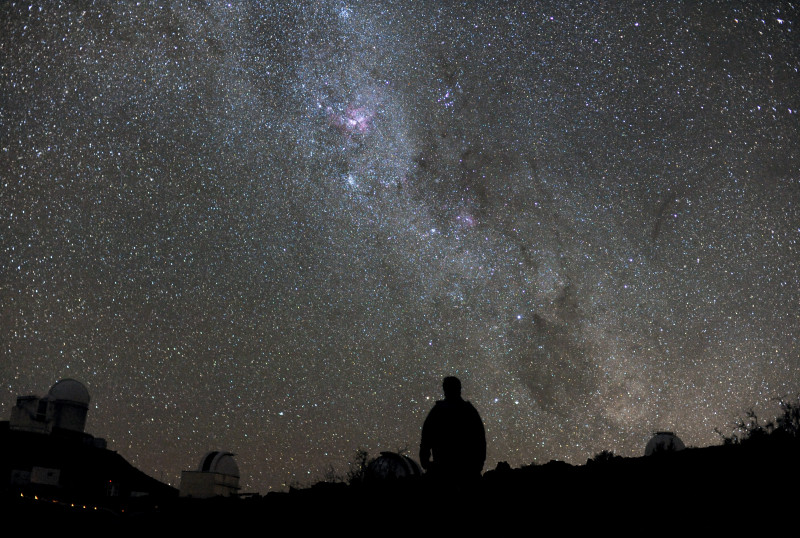 When was the last time you looked at the sky?

I don’t mean looking up to check if there will be rain or if an airplane is going by — really think about it. When was the last time you stood still or sat down to look up into the sky?

Oddly enough, this question came to me when I was driving home late at night from San Mateo. Other than paying attention to the road — which all drivers should be doing at all times — I couldn’t help but look at the sky. It was the first time in a long time that I saw stars.

Seeing all the different colors and arrangements I could make with the constellations made me feel happier driving three hours on a freeway.

As I arrived back in Sacramento, I looked back up into the sky only to see a blank slate filled with one or two stars. It opened my eyes to think that something so beautiful is hidden and can only seen it if I were to go out of my way for it.

But to my amazement, I found someone who goes above and beyond to become one with the stars.

Mr. Tomas “Cap” Capogreco (’86) goes to a ghost town in Nevada called Belmont which has nothing but the animals that live there.

“One of my absolute favorite things do to when I’m there is to look at the stars at night,” the stargazer says, “It is just giving me goosebumps telling you about it.”

Belmont is a town that opened in 1865 but shut town twenty years later. Because of how long it has been abandoned, there is little to no activity in the area. Visitors can come during the day to learn about the rich history of gun fights and the enormous mining business about Belmont.

But for Cap and a couple of his now retired teacher friends, the real experience is watching the night sky.

“It is like- just this like… amazing…Universe of stars,” Cap says.”It is almost like a religious experience. A lot of times people say they find God in nature and I definitely see God in the complete universe of stars.”

He began to go into detail how his friend Terry can make out all kinds of constellations in the sky and see the trails shooting stars make as they hurl through space. He also can see satellites orbit around our  earth and the hundreds upon thousands of stars that cover the dark night.

Star gazing may sound like a farfetched thing, an activity that no one has time for. But just like any retreat, the result of the experience comes from how much you invest into it.

Even though it sounds too much and out of your comfort zone, star gazing at night is one of the best and most calming ways to enjoy nature. So grab that lawn chair, get in your car and find the nearest ghost town to see the once in a lifetime view that so many forget to enjoy.