The Elephant In The Room

He’s bold. He’s brilliant. He’s a Republican. Take a look into into the life of one of CB’s finest young conservatives: Tommy Payne. It’s no secret that the political pendulum swings farther to the left among the younger generations of Californians. Classroom discussions are usually dominated by the general consensus that Republicans are the “bad […]

He’s bold. He’s brilliant. He’s a Republican. Take a look into into the life of one of CB’s finest young conservatives: Tommy Payne. 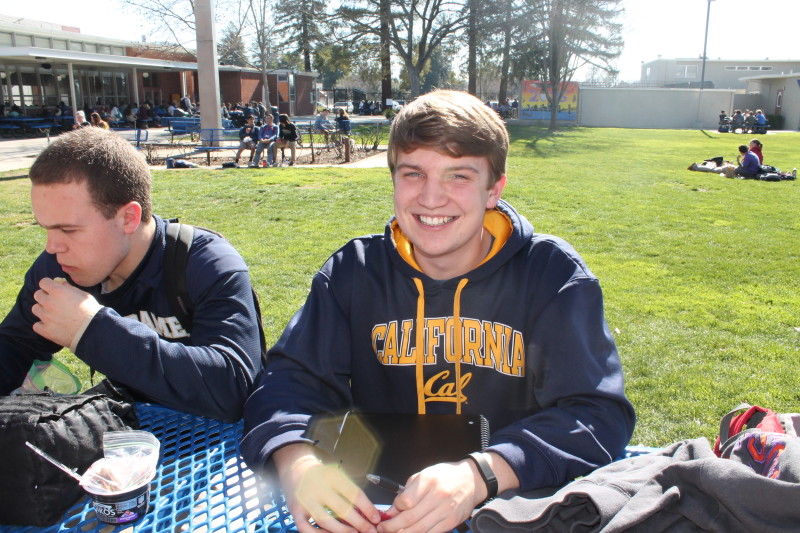 It’s no secret that the political pendulum swings farther to the left among the younger generations of Californians. Classroom discussions are usually dominated by the general consensus that Republicans are the “bad guys”. However, our fearless co-Rally Chair, Tommy Payne (’16), has developed strong political passions for the conservative side of things.

Tommy admitted that, like most people, his beliefs stemmed from those of his parents.

“Well, I can’t lie and say [my beliefs] didn’t start with my parents because they definitely were an influence,” he gladly shared. “But mainly my views come from common sense.”

Our co-Rally Chair made it very clear that he comes to conclusions on his own with regards to politics.

“I always do my own research,” he says. “Very little of what’s on the internet is true for either side.”

This right here is what makes Tommy an important part of the the younger voter community. He is willing to go the extra mile make sure the information he is seeing is credible. He prides himself on not being able to be swayed by a 140 character tweet as many others his age have been.

“Young voters are often times very optimistic and idealistic. Instant gratification is awesome. So is getting things for free,” Tommy claims. “The Democratic Party does a great job of promising these things.”

Tommy is one of the many younger, conservative minded people who feel almost out of place among the masses of American youth who affiliate with the the left.

“I feel like I’m in the minority everyday. It’s not necessarily unfair because this is just the situation I’m placed in,” Tommy shared. “I feel like I’m bullied a lot of times for my beliefs, which is kind of demoralizing because I thought we were supposed to be a society where yes we have opposing opinions but we don’t ridicule each other.”

Classmate Steven Schneider (’16) was glad to offer his insight as to why Tommy may often feel marginalized by his classmates.

“Tommy’s views are those of that one aunt you have that has a little too much to drink and says crazy stuff at family gatherings,” Steven says about his classmate. He argues that Tommy’s views are “ridiculous” and “stupid”.

Tommy’s political conversations go beyond the classroom, however. He often has discussions with AP U.S. History teacher Mr. Michael Hood about the pressing topics of the world, despite having drastically differing views.

“[The conversations] are friendly. I think they’re mostly open minded, respectful,” Mr. Hood said. “We have different point of view, and that’s important.”

Tommy represents a growing number of young conservatives who see the benefit in some progressive view points and look for ways to try and move past the resentment that has prevented the two main parties from reaching any sort of agreement.

He went on to note that the fights over the legalization of marijuana and gay marriage as useless conflicts that do nothing but fuel the animosity that fills the gap between the Left and the Right.

“I do see myself as a liberal Republican,” the senior says. “I do see the point of some progressive things, because how else are you supposed to see change if you expect everything to stay the same?”

Tommy hopes for a fearless leader for 2017 and beyond.

“I’m hoping the right person gets the nomination. Someone strong and confident who is not willing to get pushed around like our last president. A true decision maker that will put American back on track after 8 years of putting the US in more debt then the rest of the presidents combined. I want to see someone who can heal foreign relations, minimize terrorism at home, and help decrease the debt even if it is just barely.”

Students like Tommy are an important part of classroom discussions, as they represent different views of the political spectrum.