You are here: Home \ Community \ Featured Posts \ Freshmen: How Ya Doin’?
Community
0

Freshmen: How Ya Doin’?

Coming into second semester, CB freshmen feel more prepared than ever. The Class of 2019 completed a smooth transition from middle school to high school, but it wasn’t without hard work. “They work hard, they’re learning, and they’re not afraid to be challenged which has been pretty cool,” Mr. Danny Delgado ’79 says of the […] 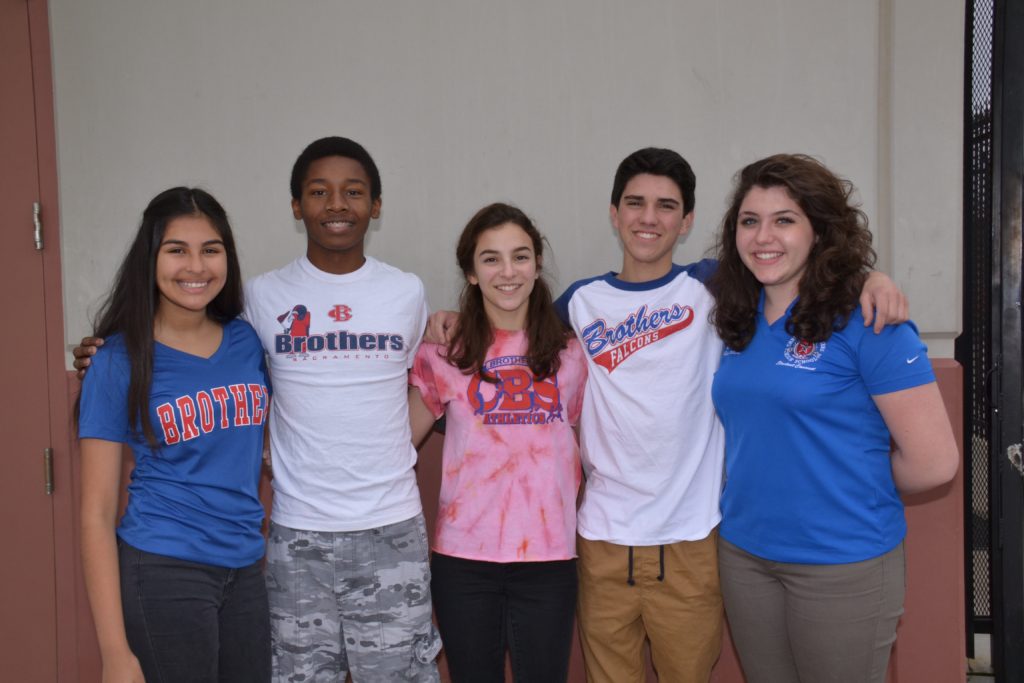 The Class of 2019 completed a smooth transition from middle school to high school, but it wasn’t without hard work.

“They work hard, they’re learning, and they’re not afraid to be challenged which has been pretty cool,” Mr. Danny Delgado ’79 says of the freshmen class.

“High school is a little bit harder than middle school obviously with all the classes and more rigorous courses,” Annabella Rolleri (’19) commented. “I really like high school because of all the people and the community.”

“A lot of them picked up where they left off even though they had time off. They’re changing,” Mr. Delgado shared.

The transition is always tough for any little eighth grader coming into high school. With seven classes to juggle, time management is definitely a skill that these new freshmen need to learn how to master.

“I think seven periods a day, even though probably only five of them have homework, it’s still a lot. And you throw on top of that a lot of them are doing extracurricular stuff — it’s hard,” Mr. Delgado explains. “But when you do that coming right in, it forces you to time manage and I believe that’s what happened with a lot of them.”

Transitioning into high school is always tough for everyone, in one way or another. Whether it be because of the campus size, class size, or heavy workload, there’s always one aspect of high school that surprises the new freshmen.

“My old school, Sutter, the classes were a lot bigger so when I came it was a lot smaller, there weren’t as many people in my classes which was kind of weird,” Elise Ledesma (’19) stated.

“I didn’t go to a Catholic school, it was public, so getting used to that — it’s not what I expected it to be,” Elise says.

The classes and schedules weren’t the only things that freshmen had to adjust to. Whether it be actual homework, projects, or preparing for tests, CB students, especially freshmen, have a nice workload each night to complete before school the next day.

“I think [the workload] is more than middle school, just because it’s middle school, it’s not taken as seriously,” Elise says. “Now you’re getting older and you need to start focusing on your academics to give you a brighter future. I think it’s more but I think it’s doable.”

Now, after one semester of high school, freshmen know what to expect and how to prepare themselves for the rest of the year.

“I feel more prepared because I know what’s coming,” Elise states. “I know what to expect and I know my standards are higher for myself because I’ve settled in.”

Mr. Delgado knows that the freshmen will continue to succeed for the rest of the year. “I think it’ll be easier, it gets a little bit harder in terms of the work,” he says. “They were pretty well prepared at the end of the semester and I think they’ll do really well to finish up the year.”