The Talon breaks down the divisional round NFL playoff games. The NFL playoffs are here and and we’ve already had two games with crazy endings. We saw the Vikings go down on a missed chip shot field goal, and the Bengals have an epic collapse in the final minute of their game. That was just […]

The Talon breaks down the divisional round NFL playoff games. 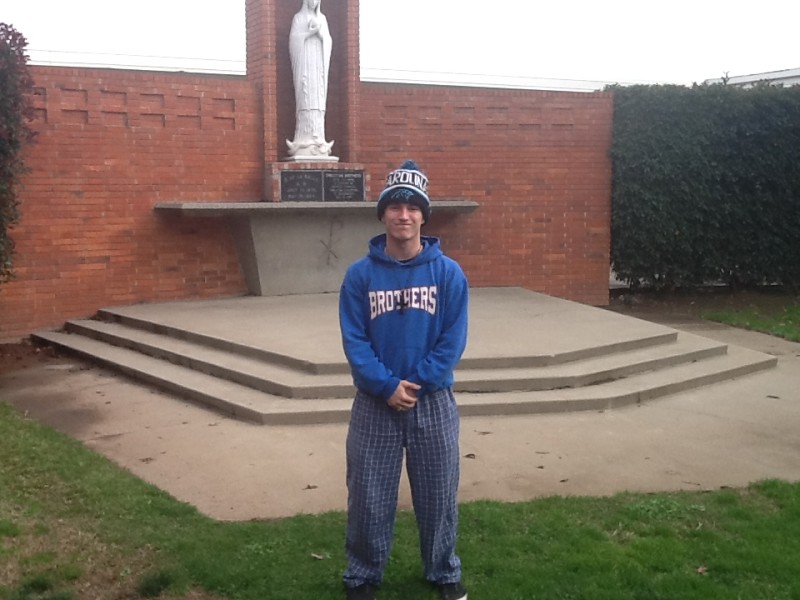 The NFL playoffs are here and and we’ve already had two games with crazy endings. We saw the Vikings go down on a missed chip shot field goal, and the Bengals have an epic collapse in the final minute of their game.

That was just the wild card round, a round to get rid of the pretenders. Now it’s time for the contenders to play.

This weekend we have four playoff games. On Saturday there’s the Chiefs vs. Patriots, and Steelers vs. Broncos, and on Sunday, the Seahawks vs. Panthers, and Packers vs. Cardinals.

In the first matchup, we have a talented, but injured Patriots offense led by Tom Brady averaging 29.1 points per game going against a stout Chiefs defense led by Eric Berry allowing just 17.9 points per game. David Iniguez (’16) thinks the Chiefs will “dog em”.

“They’re on a hot streak, winning 11 straight games and their defense is one of the best in the league and quite underrated.”

In the second game we have the Steelers and Broncos squaring off in Peyton Manning’s first start since week 10. This game has potential to be a fun game with the Steelers dynamic offense going against the Broncos terrorizing defense, but with the Steelers having injuries at running back, wide receiver, and quarterback it may be easy for the Broncos to shut down the talented offense the steelers have when healthy. One Broncos fan, David Simmons (’17) believes, “the win margin over the Steelers will be bigger than Peyton’s forehead.

The first matchup on Sunday will be a rematch from just two weeks ago where the Arizona Cardinals demoralized the Green Bay Packers 38-8. But a lot has changed in two weeks, for the cardinals they will be without their stud defensive back Tyrann Mathieu who has an injured knee, on the flip side we have the Packers who are now getting good offensive line play which is leading to a revamped offense led by Aaron Rodgers. So look for a lot closer game this time around.

The second matchup is also a rematch from earlier in the year with the Carolina Panthers set to play the Seattle Seahawks. In the first matchup the panthers won on a fourth quarter comeback and they are playing just as well as the last time they met if not better as they are led by most valuable player candidate Cam Newton who has 40 total touchdowns this season. On the other hand we have the Seahawks who are playing much better than the last time due to their incredible quarterback play from Russell Wilson who’s thrown for 14 touchdowns in the last 5 games. This game should be close and could go either way.