When the weekend doesn’t give you the rush you need to soldier through another week of academics, there are remedies to help you  put the pedal to the medal. Video game binges, Mountain Dew soda, a trip to the wilderness, even good old fashioned blue-collar labor are only some of the ways in which students […]

When the weekend doesn’t give you the rush you need to soldier through another week of academics, there are remedies to help you  put the pedal to the medal. 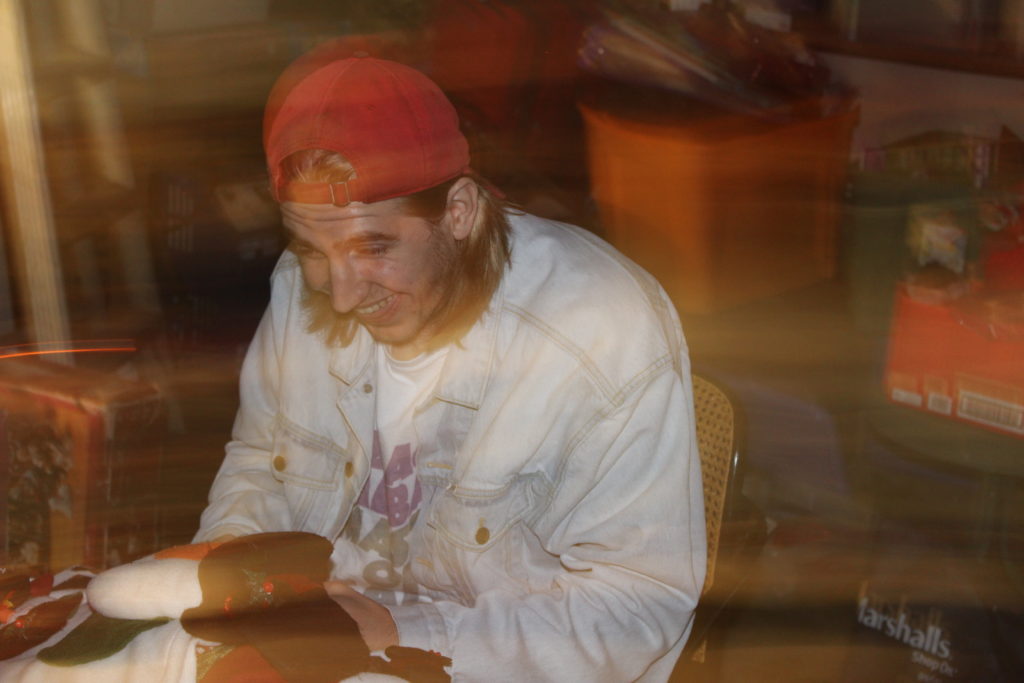 Video game binges, Mountain Dew soda, a trip to the wilderness, even good old fashioned blue-collar labor are only some of the ways in which students reach that pinnacle of activity that can send their parents’ heads reeling in a frenzy of responsible lectures.

Having a job and working are two different ideas. Most seniors have a knack for acquiring part time or even full time jobs. Seniors are bored with the low work load and tend to take on a new challenge outside of the classroom and in the real world.

Maddy Mason (’16), has found a constant level of anxiety and adrenaline in her new job as a waitress at Dantorels in Curtis Park. She has an eager tone of stress in her voice as if to ward off anyone inquiring about any “easy” part-time job.

“So, like, I have this job now and its super exciting bringing out all these plates, it just gets me going,” she shares. “‘Oh! You got waffles? Good for you! You got a hot dog? Good for you.’ It just amps up everything about my day.”

Having a job is like playing a sport for money while you’re a student. Teenagers usually don’t enjoy their new jobs unless they have a work horse spirit built into them.

Renaissance disciple Harrison Daly (’18) doesn’t get his adrenaline from outside sources — he goes internally into his own well of consciousness for the real stuff.

“I like to sit in my own chamber of reflection and just think,” he says.

Dez Dumonchella (’18) says his weekend is somewhere between “working for my dad at his lumberjack company” and playing “Assasins Creed, Mortal Kombat, Star Wars Battlefront and stuff like that.”

Dez has a rugged schedule and it seems that there is no time for games. When asked what keeps him from hitting the sack too early, he replied that “it’s the Mountain Dew, man.”

Other folks at this school are quite the road ragers. They take the accumulated fury out on the others and put the whole Christian Brothers neighborhood at risk.

Alexis Raya-Escutia (’16) says the only way to tranquil her beating mind is to go on a drive. This was a popular answer among students. In fact, the majority of the students I went up to for an interview said that they had no answer.

In a generation of leisure, students are doing exactly that. The call of the wild has been silenced and the sound of the indoors has been calling more students to live an average existence.

One student who has conquered the world inside the comfort of his own home is the boy with the Samurai’s hair, Riley Wong (’16), who can bake a cake with the best of them.

“Cooking at home, just a split second difference between burned food and perfectly cooked food is all the difference to me,” he says.

Some students like to have a casual brush with the law to get their adrenaline level up. One Marcus Sheedy (’16) has been notorious for having a slightly dangerous edge.

“I like to put the recycles in the trash,” he says. Some people don’t need a second invitation to try something risky.

So take ordinary weekend activities and make them more intense. Live a life straight out of a children’s book. Take warning though,  no one can account for your actions besides yourself. Feel the call of the wild and listen to the beat of your own drum. C’mon, Christian Brothers, let’s GO! :)