Student Council officers are distinguished in a crowd by their bright blue polos. But do most people actually know what these students do to help make our school great?  The nifty blue Nike golf polos with their custom names and signature Christian Brothers High School logo. The campaign posters with comical pictures and catchy slogans […]

Student Council officers are distinguished in a crowd by their bright blue polos. But do most people actually know what these students do to help make our school great? 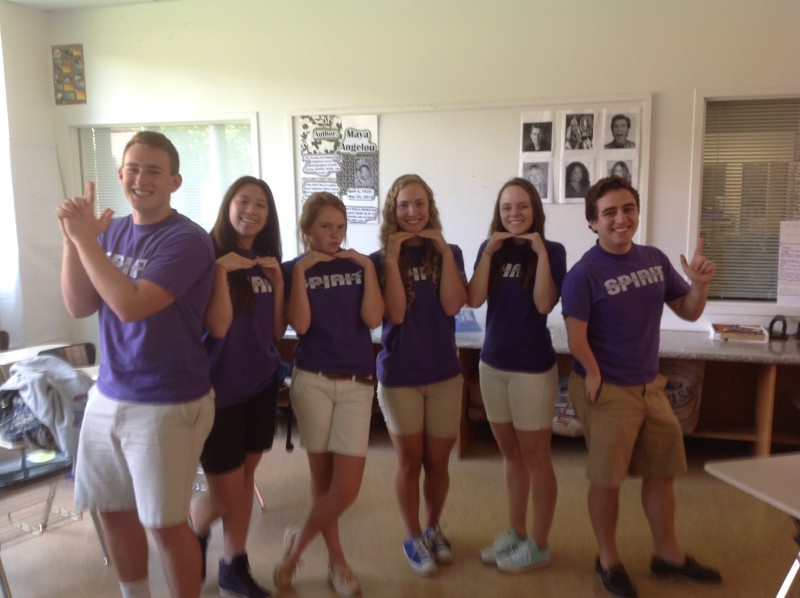 The nifty blue Nike golf polos with their custom names and signature Christian Brothers High School logo. The campaign posters with comical pictures and catchy slogans during election week. The smiling faces behind the Student Activities Window at lunch.

To the untrained eye, these may be the only things that distinguish the members of CB’s student government from the rest of the school’s student population. They stand out during liturgy days and assemblies, directing the flow of traffic in the bleachers and ensuring that guests are seated comfortably in the front of the gym.

But these observations of such simple jobs that characterize the officers of Student Council are hardly adequate. These young men and women are working ceaselessly to improve student activities at CB and to make life the best it can be for everyone at this great school.

Mrs. Rose Ann Holmes, moderator for the Associated Student Body (ASB) Council, has been involved at CB for the past 18 years and has viewed firsthand how Student Council has helped benefit high schoolers who are participants in it.

“The kids [on Student Council] learn leadership skills, how to take criticism, and how to plan,” she described. “They gain valuable experience in doing all kinds of planning and running these events, so it’s a really huge learning process.”

“[ASB members] are the only ones with actual titles, and so each member of ASB has a job description,” says Mrs. Holmes. 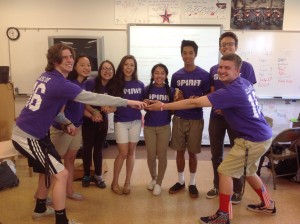 Individual class councils, on the other hand, do not have specific positions except for the senior class council, which features a senior class president that presides as Master of Ceremonies at graduation in May.

The amount of time and effort that these members of student government put into their work for the school is astounding, thus posing the question: why do students decide to run for Student Council?

In her first year as a member of class council, Sophie Emerson (’17) decided to run last year after witnessing all that Student Council does for the school and has enjoyed being a part of the Junior Class Council so far.

“I saw how really integrated and active the council members were and felt like I wasn’t really participating and getting the full CB experience last year, so I decided to run,” she recalled.

ASB President Katelyn Bates (’16) similarly enjoys being part of student government as the head representative of CB’s student population, and she has contributed many of her talents to improving the school over the past four years.

“I’ve been on student council all throughout high school,” the senior says. “I think it’s a really great way for me to give back to a community and to an organization that has been able to provide so much for me.”

Despite their different roles in school affairs, all of the school’s councils are involved in student activities at CB, ranging from coming up with ideas for spirit days to picking fun themes for dances.

Junior Class Council, for example, has various duties that can change from year to year, although two specific activities that the council is in charge of this year are the Junior Family Liturgy in February and the ever-popular Family Dance in January.

“Junior class is in charge of the Family Dance, which is one of the biggest dances of the year as well as one of the most important dances because the parents like to come and have a good time,” relates Ms. Annie Hoekman, CB’s Director of Student Activities. 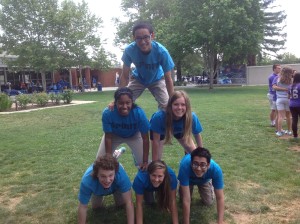 Freshman Class Council and Sophomore Class Council also have very crucial jobs that focus both on their own classes and helping organize spirit days for the whole school.

“Freshmen and sophomores put on the lower division open dance in the spring that all the other Catholic schools can attend,” says Mrs. Holmes, who adds that these students are also in charge of planning their own class liturgies.

Dances are some of the most important activities that students are in charge of planning, and because of the ideas projected by members of Student Council, dances at CB continue to have fun and creative themes.

“Everybody does a dance,” describes Mrs. Holmes. “Frosh/Soph do the open dance, ASB does the Homecoming Dance, juniors do the Family Dance, and seniors do the Valentine’s Day Dance.”

Beyond dances, council members are involved in spirit rallies, which are popular highlights of student activities at CB.

“The rally chairs and Falcon Force plan the rallies, but every class council decorates their area or gets volunteers to be part of the rally,” says Mrs. Holmes.

Ms. Hoekman sheds light on the actual process of approving ideas projected by members of the council for such events. In addition to handling overseeing duties of all student recreation at CB, she doubles as moderator for both ASB and Junior Class Council.

“The students bring ideas in front of the council and we talk about it, and they talk to Mrs. Holmes and I about it,” Ms. Hoekman explains. “Then if it relates to something like spirit day dress, they have to get it approved by the deans.”

The campaign weeks for the two governing bodies take place at different times of the school year and in different months, with the ASB Campaign Week in early March and the Student Council Campaign Week a month later in mid-April.

“Elections happen by March, and the students that run for ASB have to be upperclassmen,” says the ASB moderator. 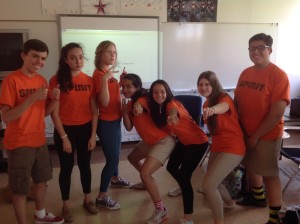 In the summer, new officers that have been elected for the following year from each of the three classes attend a leadership camp in Lake Tahoe to prepare for the coming year. Incoming freshmen also participate in the camp, though they are a special case as specially chosen representatives of the freshman class.

“All of our councils go to the camp in the summer,” explains Mrs. Holmes. “The freshman are the only group not elected–they are selected through interview and application in the spring so that they can go to camp with us.”

An average of 20 incoming freshmen students apply to be a part of Freshman Class Council each year, so membership can be competitive for these seven positions on the class council.

“Every incoming eighth grader receives an invitation from us to try for freshman class council,” describes the Leadership teacher. “Freshmen apply by the first of May, they give us an application and a recommendation from a teacher, and then they interview with ASB council to determine who makes it.”

Every council contributes to the community in one way or another, and it is not uncommon for the officers to stay late after events to clean up and manage the equipment affairs of activities on campus.

“The students are here after the dances cleaning up and before the dances setting up, so a lot of their work goes unseen,” says Mrs. Holmes.

In spite of all this apparent work, officers enjoy what they do and nearly all would admit that it is worth it to give up their late-start mornings to attend weekly Student Council meetings.

Tudhvir Sekhon (’17), a two year member of class council, recognizes the necessity of class council’s work in making the opinions and ideas of students known to the CB community.

“As ambassadors represent the school, we represent the students,” he states in drawing a comparison between the respective roles of Lasallian Student Ambassadors and Student Council Officers.

Although each individual class council features different duties in focusing on its specific grade level, all of the student government bodies at CB are united in their common purpose of improving activities at the school as the voice of the student population.

“At meetings, we discuss ideas about how to improve life and activities on campus, and basically how to incorporate the Five Lasallian Core Principles into everything we do,” describes Tudhvir.

While students are essentially the people running and planning activities, staff moderators themselves expend large amounts of time and energy to oversee decisions made by the high schoolers. However, most would agree that all their efforts have benefits that outweigh the tiring work required to run the councils.

With all the work that is done by members of Student Council and their moderators, CB is able to have fun student activities that increase school spirit and a general sense of school pride. These young men and women’s commitment to serving the school is unwavering, and dances, rallies, and spirit days would not be possible without their dedication and effort to making CB the true place to be.