Wondering why rap debate club is so popular? Von Thompson goes in depth on its rise to popularity.  There are a variety of new clubs this year in the Christian Brothers community. One of the new, very popular clubs is called Rap Debate, founded by Von Thompson (’16). Just like intramural basketball club, Rap Debate also […]

Wondering why rap debate club is so popular? Von Thompson goes in depth on its rise to popularity. 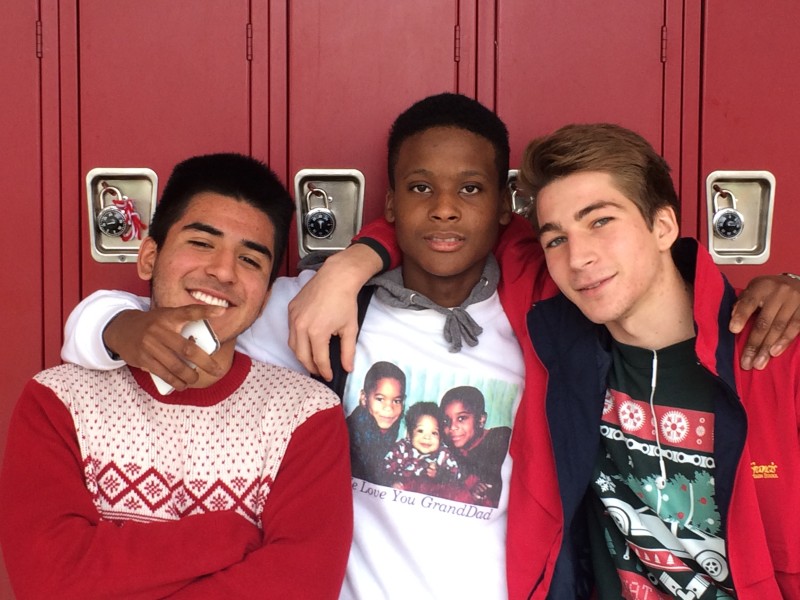 There are a variety of new clubs this year in the Christian Brothers community. One of the new, very popular clubs is called Rap Debate, founded by Von Thompson (’16).

Every week on Schoology, there are posts about who are the better rappers with usually between two and four rappers to choose from. At the meetings, members are told to go home and research on an artist or an album. The next Thursday they come back and debate with other students about why their artist or album is better.

“I just wanted to start a club where all fans of rap can congregate and discuss hot topics of the music world,” he says.

Von says he has a couple of goals for RDC, such as determining who the greatest rapper of all time is and what is the greatest album ever created. But he has some goals for the hip hop community that can always be improved upon.

“I really want to expand people’s knowledge on rap because there is so much the people don’t know, especially myself,” the senior says,

And while Rap Debate has already surpassed many peoples expectations, Von says the best has yet to come.

Von’s interest in Rap music began from a young age, when he was introduced to the genre by his brothers.

“I was about six years old I can remember waking up watching reruns of 106 and Park with my brothers,” he says. “Ever since the idea of music videos, rap seemed really cool to me”.

Von claims that he was never serious about rap at a young age, but was more of a casual listener. It wasn’t until he was introduced to an artist by the name of A$AP Rocky in seventh grade that he became “a vigorous rap listener”.

“He changed my life, he was the first artist I listened to entirely,” says Von, who listens to rap upwards to 2 1/2 hours a day. “I have listened to every song he has ever created ever”.

Despite hip hop music having a bad reputation, especially from the older generation, RDC moderator Mrs. Maureen Wanket claims that this club has some of the most intellectual people she knows.

“I never feel more on a college campus than I do when i’m in that club”, she says. “The students have great reasons why they like who they like and who’s superior and who’s inferior.”

The impact on rap in different cultures traces back to CB and the inclusive community created here and in RDC. So anyone out there that needs a new club, come join rap debate! Knowledge is dropped every Thursday about the greatest rappers to ever live.