Few CB clubs and organizations can argue the applicability of their work for the future like the Computer Science Club.  Java, Scratch, HTML. To many people, the mere mention of program names such as these immediately brings to mind thoughts of complexity and rocket science, things that seem very difficult to grasp the concepts of. […]

Few CB clubs and organizations can argue the applicability of their work for the future like the Computer Science Club. 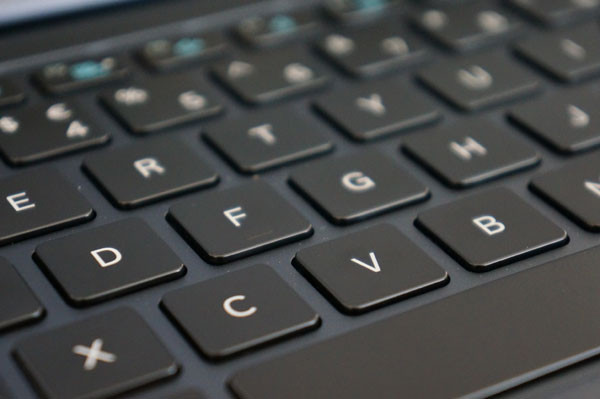 To many people, the mere mention of program names such as these immediately brings to mind thoughts of complexity and rocket science, things that seem very difficult to grasp the concepts of.

To the untrained masses, Java is just some program that shows up on computer screens, using its software to run an operation so that files can be opened or videos viewed. But to the tech-savvy members of CB’s Computer Science Club, such software are simplistic and totally comprehensible.

Mr. Scott Coyner has served as the moderator for this relatively new club for the past two years, and was the likely candidate because of his knowledge and experience as the school’s AP Computer Science teacher.

“The students started it themselves — they wanted to have a club and since I teach Computer Science and I’m in this facility all day, I think I was the natural person to come to,” remarked the instructor, who also teachers engineering and math.

The club began in 2014 when then-sophomore Matthew Signorotti (’17) brought forth the idea of starting a computer science club on campus,and came to Mr. Coyner for his approval of serving as moderator.

“I founded it sophomore year because I knew plenty of students who might be interested in a club that focuses on the professional skill of computer science,” the junior recounts. “I also had support from my family and my brother, who encouraged me to start it.”

Using programs such as Java and Scratch, the club experiments in the expanding field of contemporary computer science by practicing coding with developmental software that allows the members to perform various programming functions.

“The students like to code, and so they’ll come in and work on HTML code or Java code,” described Mr. Coyner. “Some of them program in Scratch, so generally they’re busy writing code the whole time.”

The statistics teacher offers his input when requested by students, using his skills in programming to teach interested club members the basics of the computer’s software, many of which are also used by his AP Computer Science class.

“The students that are using Scratch, which is a web based language that is offered through MIT, learn how to program because it’s very visual and easy to make games with,” explains the engineering teacher. “But they’re using BlueJ as an integrated development environment, which is like a word processor that you can write your code into, and it will compile for you to run.”

Even in something as small as a experimenting with very basic versions of computer program writing, the club offers students the chance to begin learning some early skills of a field that has huge promise in the future.

Gus Marcin (’17) has benefited from his involvement in Computer Science to improve his programming skills and to learn more about software used in coding.

“You can do a lot of things on even the calculator, because it has the adaptability to enable your own programs,” Gus describes.

With various programmings that range from inputting trig functions into a calculator in order to increase the ease of math calculations to designing codes for webpages, the club offers a multitude of opportunities in the field of computer science.

“I think that [the club] has a little bit more of an academic focus now, as opposed to a vocational type of focus,” says Mr. Coyner. “But I think that several of those students are in the long term interested in careers in computer science.”

Both Matthew and Gus enjoy working with computers and have expressed their interest in possibly pursuing further schooling and ultimately a job in the technological field in their futures.

In today’s world, job opportunities for people that are learned in this field are plentiful, as salaries for jobs can reach numbers upward of $150,000. Application architects of software, for example, are some of the most rewarding and highest paying jobs currently in the field of technology, earning annual salaries of anywhere between $60,000 to $180,000.

Gus related how previous knowledge of computers or prior programming experience are not necessary for new members or anyone interested in checking out the club. Meetings are open to any newcomers and Gus and his fellow members will guide them in the basic skills, using easy programs as an introduction.

“You can use a simple note program on the computer and upload it to a URL to make a site, and we’ve done a couple of those, and then we get into working with Java later,” the junior says.

Whether you are interested in pursuing a computer science-related career in the future of simply thinking of learning some basic skills to try something new, the club welcomes anyone to attend its meetings.

The Computer Science Club meets during Falcon Flex on three-block Thursdays, and the opportunity to learn programming skills and coding from the computer science members is always present for any curious students.