Sure, cursive might seem like a big deal if you’re in an old-fashioned schoolhouse. But do you really need it after grade school? Cursive — it’s been around  practically forever and, well, it might not be around for much longer. For decades, cursive has been a major part of elementary school curricula across the country, but […]

Sure, cursive might seem like a big deal if you’re in an old-fashioned schoolhouse. But do you really need it after grade school? 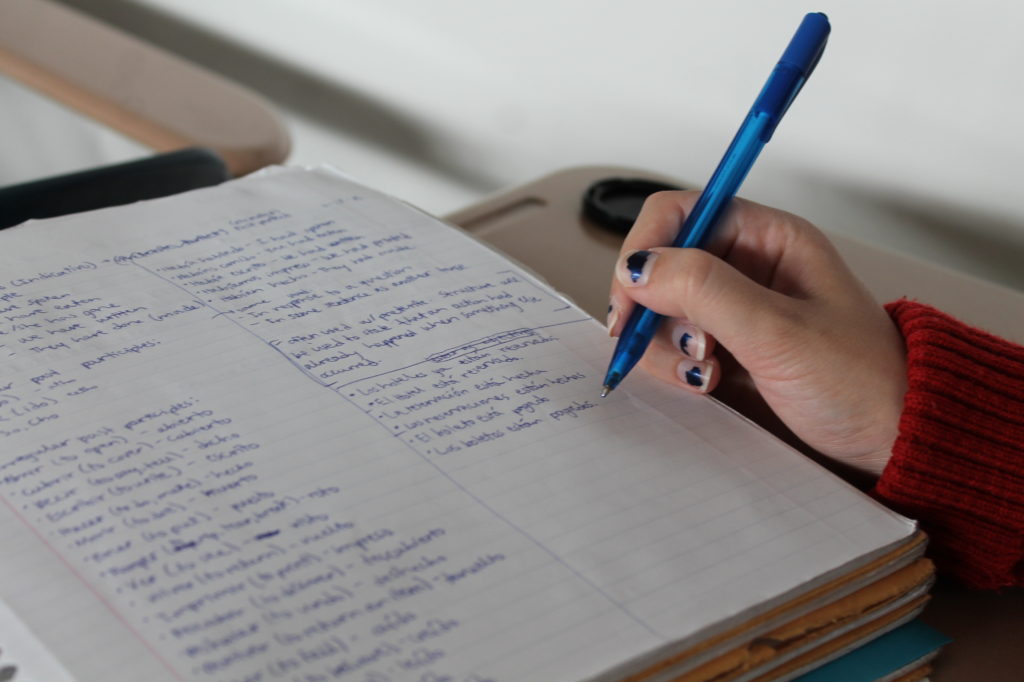 Cursive — it’s been around  practically forever and, well, it might not be around for much longer.

For decades, cursive has been a major part of elementary school curricula across the country, but with the dawn of new technology (like maybe the device you’re using to read this article), there’s been a lot of debate as to whether writing in cursive is a necessary skill or just another archaism that we force little kids to learn out of tradition.

Back when I was in elementary school, I learned how to read and write cursive in the third grade — we didn’t have iPads or anything like that at our school; at the time, cursive seemed like a big deal.

“You’re only going to be using cursive in high school!” my teachers would say.

And yet, I don’t think I’ve turned in an assignment that was written entirely in cursive in my entire three and a half years at Christian Brothers. Never have I heard a teacher say, “This isn’t cursive. I won’t accept it.” But in elementary school I certainly did.

“[Elementary school teachers] were very strict,” explains Taylor Morris (’16). “But you learn it well that way.”

I vividly remember one time in sixth grade when my history teacher refused to grade one of my tests because it was written in print. I had to go back and painstakingly connect each and every single letter just so my teacher would even consider grading my test. And even then I got a couple points off for “messy handwriting.”

And all for what? To never use cursive again after eighth grade? That’s certainly what it feels like.

“I wouldn’t really say that I use cursive a lot,” says Taylor, a senior who just happens to have gone through the same meticulous process of learning how to write cursive that I did.

“My guess is that maybe a quarter of the time [students use cursive],” says social science teacher, Mr. Michael Hood. Even Mr. Hood only uses “a mix, maybe 50-50,” of cursive and print when he’s writing himself.

“No one, I don’t think, requires cursive [in high school]” Taylor adds, confirming my suspicion that cursive is not the be-all-end-all handwriting style we were led to believe it was.

“It’s more a matter of being able to write well than writing cursive specifically,” explains Mr. Hood. “To be honest, I don’t really think there is much of [an advantage to learning cursive].”

“I think it should be mandatory, because it’s very beautiful, and it just looks more formal,” Taylor says.

And it seems that most people would agree with her. According to a Seattle Times poll, 78.8% of people (well, 78.8% of people in Seattle) think cursive should be a mandatory part of elementary school curriculum — but only 45.9% use it on a regular basis.

Like Taylor said, cursive is definitely prettier than print, but are there really any cases where cursive is more practical than print?

“In real world jobs, where do you need to know cursive?” asks Mr. Hood.

If you want to write fast cursive is your friend. If you want to write legibly you might want to try print. I can’t tell you how many times I’ve gotten a birthday card from my grandma written in this beautiful cursive handwriting, and spent twenty minutes trying to decipher it because it was just too hard for me to read.

Maybe I’m just your archetypal pessimistic teenager, but I think it’s time we either a) do away with the cursive obsession that Taylor and I encountered in middle school or b) do away with cursive curriculum entirely.