These CB teachers are as legendary in their luscious locks as they are in their subject matter. To some, great hair comes naturally. For others, it takes exorbitant amounts of time and money to perfect their look. When you walk down the halls of CB, there’s an abundance of exceptional hair, especially in the case […]

These CB teachers are as legendary in their luscious locks as they are in their subject matter. 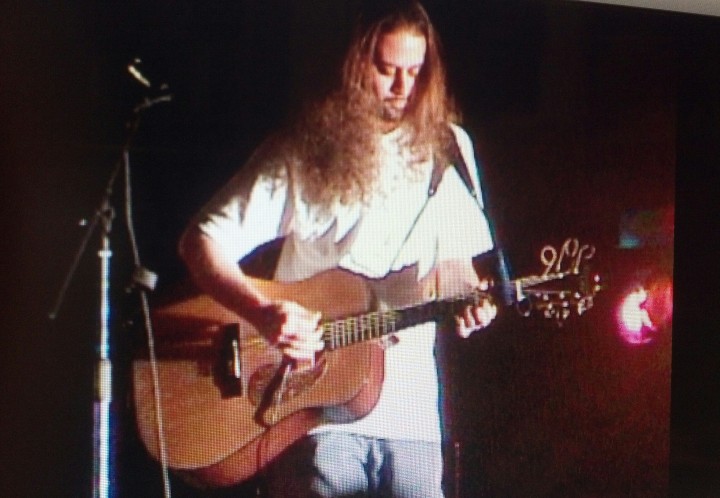 To some, great hair comes naturally. For others, it takes exorbitant amounts of time and money to perfect their look.

When you walk down the halls of CB, there’s an abundance of exceptional hair, especially in the case of four particular teachers.

Although they are all very different, Mr. Tomás Capogreco ’86, Mr. Michael Hood, Ms. Tracy Chadbourne, and Mr. Tom English are all united by the common factor of their remarkable hair.

Mr. Capogreco is a pro at the routine of washing, conditioning, and ponytailing his hair after 25 years of his long flowing locks.

Although he keeps it back in a ponytail or the trendy man bun during the school day for a “nice neat professional look”, he lets it loose when he gets home and on the weekends.

It definitely makes sense that this life of the party Spanish teacher would have a hairstyle that matches his personality.

The hair journey of Mr. Hood had a few more turns than Cap’s steady hairstyle.

“I didn’t start growing it longer until after college, but there was this phase in high school where I had really long hair, like down to my back,” the history teacher lamented. “I had a huge beard — I looked like a lumberjack or a hippie.”

Mr. Hood definitely isn’t shy about how good his hair looks when asked if it requires a lot of upkeep.

“It requires very little of my time,” he claims. “It just naturally looks good and I put very little effort into it.”

Despite how much he loves his hair, Mr. Hood admits that he really enjoyed being bald for a short time as a result of the St. Baldrick’s fundraiser in March.

“I liked the way it felt and it’s a great cause, but my wife hated it,” he says with regret. “She basically told me I’m not allowed to do it ever again.”

It’s really no wonder why Mr. Hood’s wife wants his hair back, even though he seemed surprised that there was such an uproar when he showed up bald.

One of Mr. Hood’s idols, Mr. English, is also on the list of great hair, with a considerable amount of mystery surrounding the legend of his ever youthful follicles.

“I wonder how much time Mr. English spends doing his hair in the morning — it’s always just perfect,” Mr. Hood says. “In all the years I’ve known him, I’ve never seen a hair out of place and it must’ve always been like that.”

Luckily, some of Mr. Hood’s questions were answered by the man himself.

“I’ve worn my hair this way since I had hair, with the exception of my ’20s and early ’30s when I parted it in the middle,” explains Mr. English. “I grew to my shoulders for five or six years towards the end of college and into my mid ’20s.”

“My hair requires no upkeep. It takes about 10 seconds to comb it in the morning,” he added.

Another stable hairstyle, Ms. Chadbourne’s wild red curls has remained the same for many years.

“My hair’s been like this since the ’80’s when curly hair was cool. When you have curly hair you just kind of go with it. You can’t control it, because it controls you, so it’s always been like this,” she explained with a laugh.

Unfortunately for Ms. Chadbourne, unlike the other three teachers, her hair does require a considerable amount of upkeep.

“It requires upkeep like you can’t imagine,” she sighs. “Combing is hard then you have to put a bunch of oil and product in it and gel and then spray gel and hair spray and it’s just crazy.”

As if that isn’t enough Ms. Chadbourne says that on off days she even has to add spray conditioner to top it all off.

Despite all of the work, Ms. Chad is still very pleased with the awed reaction that her hair gets.

“I mean the other teachers have great hair and all, there’s no denying that, but my hair beats their hair by strides, by giant leaps and bounds,” the Spanish teacher says. “It must be hard to have great hair, but then have someone else with such awesome hair around you. They all sadly have hair envy and I can feel it.”

This hair envy is nothing compared to everybody else around them on the CB campus. We can all strive to live up to the the legend-hairy standards set by these four teachers.