You are here: Home \ Community \ Featured Posts \ Uncategorized \ Feminism: An Equal Spot At The Table
Community
0

Feminism: An Equal Spot At The Table

CB students and staff are striving to create a more equal atmosphere and truly inclusive community for all genders. Over the last couple of years, a social revolution has taken place in our society regarding feminism. One is likely to see Tweets regarding injustices towards women on their Twitter feed or via other social media. […]

CB students and staff are striving to create a more equal atmosphere and truly inclusive community for all genders. 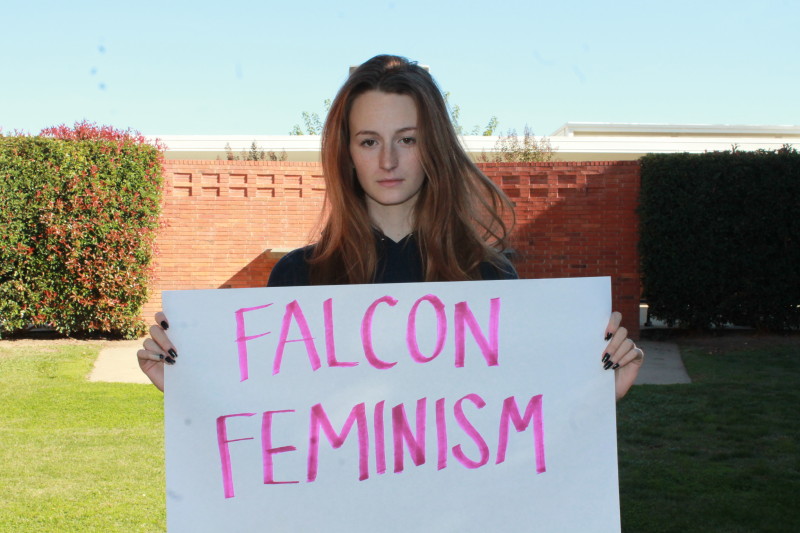 Over the last couple of years, a social revolution has taken place in our society regarding feminism. One is likely to see Tweets regarding injustices towards women on their Twitter feed or via other social media. Beyoncé’s hit song “Flawless” provides a simple, yet meaningful definition — “Feminist: the person who believes in the social, political, and economic equality of the sexes”.

But what really is this concept and belief that some activists have been spreading?

“If we’re going surface level, we’re going with the ‘radical notion’ that women are people,” chuckles Mary Claire Hancock (’17). “It’s the fight for equality and the betterment of gender equality.”

“It’s a place at the table, equal to men, socially, politically, and economically,” she believes. “An equal playing field, that’s it.”

A huge misconception about feminism is that it’s an anti-male movement. Many think that if a person is a feminist they hate men and want women to be better than men, but the exact opposite is true.

“It’s not about hating men, it’s not about bashing on people, it’s just about equality,” stated Ms. Lystrup. “I think men can definitely be supportive of feminism — many men are.”

So what do CB men think about feminism?

Noah Wadhwani (’17) believes that the idea of feminism is more complicated than it seems.

“I believe that there’s no clear definition of what feminism is,” he states. “It’s definitely along the lines of seriously advocating for women’s rights and viewing women as equal to men, but I think it can take many forms.”

Fortunately, the United States is one of the most progressive countries in the world and women are treated very well here compared to in other countries. But that doesn’t give Americans any type of excuse.

“It would be ignorant to say we haven’t come a long way—it would also be ignorant to say that the job is done,” Mary Claire explains. “Since people aren’t aware of gender inequality, they don’t see it, when in fact it’s everywhere.”

Ms. Lystrup also takes a similar stance and also believes that the United States has a long way to go.

“There are many parts of the world where women are so poor and they are relegated to being inside the house, to being covered, to not being able to have an education,” she explains. “We’re ahead of the game, but we still have things we need to work on in the United States such as the glass cieling and the glass cliff.”

Trying to fix the gender inequality issue in the United States might take a while, but what about here at CB? Is there any way that our Lady Falcons might be left out of our inclusive community?

“I really don’t think CB has a gender inequality problem,” Noah states. “But then again that’s coming from the perspective of a male.”

“We have seen an increase of women taking on leadership roles here at CB, and student council tends to be pretty equal.”

Even though gender inequality isn’t as huge a deal at CB, it is our Catholic, and Lasallian duty to defend the rights and dignity of every single human in the world.

“The first Catholic Social Teaching is the dignity of the individual, and that’s very important,” explains Ms. Lystrup. “Part of dignity is equality.”

As a community and a country, we need to figure out a solution to these injustices. Ms. Lystrup is right when she says there is a need for an equal playing field. According to Humanrights.gov, the fact of the matter is that the average full time weekly wage for a woman is 18.2% less than a man’s, one in two mothers report experiencing workplace discrimination due to their pregnancy, mothers spend twice as many hours looking after children each week compared to fathers, and the list goes on and on.

So, what’s the first step to solving this problem?

“I think step one would be to become aware of gender inequality and opening your eyes to it instead of brushing it off,” explains Mary Claire. “Also, stop denying it! Realize it and realize that it’s not just a personal fight, it’s a fight for everyone.”

Another step would be to not be afraid of the word feminism. Yes, it’s a controversial topic, but if we didn’t talk about controversial things nothing would ever change. Talking about things like feminism keep more injustices from happening around us.

“The word feminism has become such a ‘bad word’ and it shouldn’t be because it [has] a very simple definition,” states Ms. Lystrup. “If you believe in equality, then what’s the problem? Because that’s all it is about, equality.”

We must also realize, as a community, that the fight against injustice does not end just at CB, or just in the United States. Gender inequality is something that women all across the globe have to deal with, and our fight as humans is to not stop until every woman is considered equal.