A small, but mighty (and fashionable) group of CB students is working to better the CB community. If you’ve been at CB for more than fifteen minutes, you’ve probably seen a few kids wearing some snazzy blue dry-fit polos— not your typical polos that you can just pick up at the student store, but special […]

A small, but mighty (and fashionable) group of CB students is working to better the CB community. 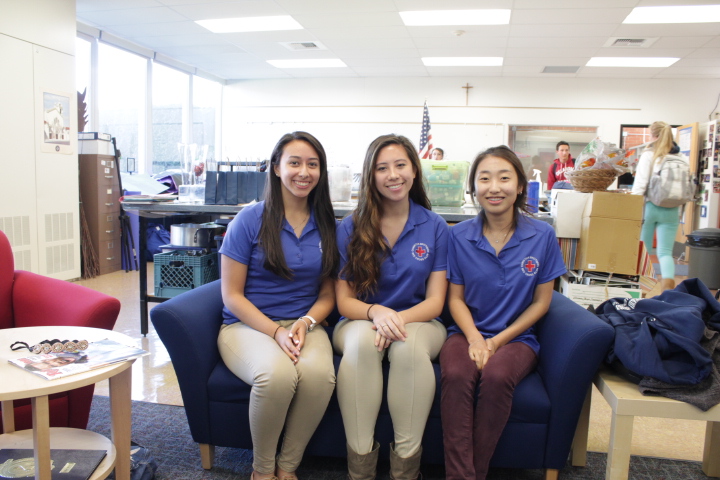 If you’ve been at CB for more than fifteen minutes, you’ve probably seen a few kids wearing some snazzy blue dry-fit polos— not your typical polos that you can just pick up at the student store, but special polos for special people. A lot of different groups and clubs have these polos, namely, Student Council. But perhaps the most underrated of these polo-sporting groups is the Red Cross Club.

This is only the club’s second year, but they have managed to attain this prestigious piece of clothing in just a matter of months as a way to show their utmost dedication to bettering the CB community.

The Christian Brothers Red Cross Club has access to some of the most comfortable dress-code safe shirts on campus. You too, can have one of these coveted clothes pieces if you join the club.

And it’s not just polos, either. There are a lot of other, more substantial benefits to joining the Red Cross Club. What could be better than being able to don a Red Cross polo, you ask?

A lot of things.

The club was founded last year by seniors Anysia Lee and Stephanie Jimenez (’16). Although the club has only been around for a little over a year, it’s had a pretty big presence on the CB campus. People typically hear “Red Cross” and automatically assume that it’s a service club—but it’s so much more than that.

“You make a lot of friends, and meet people who have the same passion as you for service,” the president beams. “It’s a lot of fun.”

Fun was enough to attract the club’s secretary Nikki Washburn (’16), who says she “thought it would be a lot of fun and it was something cool to get involved in.”

But for some the merriment is just icing on the cake.

“[We] wanted to provide more opportunities for [CB students] to get involved in service,” Anysia explains.

This year, there are going to be a lot of different events, both on and off campus, so be sure to be on the look out for things like holiday banner signing for the veterans, and another fundraiser at Leatherby’s.

Oh, and the infamous Pi Day celebration from last year. In case you missed it, Pi Day is a celebration of just that: March 14th or 3/14. Last year, in honor of the great 3.14, the Red Cross Club set up a hugely popular event in which students could donate a small fee in order to throw a pie at a teacher of their choice.

The CB Red Cross Club doesn’t just have a big presence on campus — they’re also working to get involved outside of CB.

“We’re also a part of the Youth Executive Board,” Anysia elaborates.

According to the the Sierra-Delta Red Cross Chapter’s Youth Newsletter, the Youth Executive Board is “a coalition of motivated, young Red Cross volunteers who are interested in working to improve their community through service.”

“Heidi [the then Red Cross Youth Services Manager] contacted [Anysia] and she was like, ‘Hey, do you guys want to check this out?’ and I went and it was so much fun,” explains Nikki.

“We were one of the first few [Youth Executive Boards in the country],” says Nikki.

Like CB’s club, the Youth Executive Board began during the 2014-2015 school year. This year their goal is to really get a lot of fun service and social events set up throughout the year.

So go on out there, CB, and join the Red Cross Club—it’s a great opportunity to make new friends and get some service hours (and even if you don’t, you’ll at least have that awesome polo).