The head to head battle of Levasseur and Leporini and their race to be the Talon‘s most quoted. Maya Angelou, Albert Einstein, and Yogi Berra. The only thing these people have in common is the profound things they say. Getting added to the list with these top dogs in the world of word play and inspiration […]

Written by: Nick Heller - Talon Staff Writer
The head to head battle of Levasseur and Leporini and their race to be the Talon‘s most quoted. 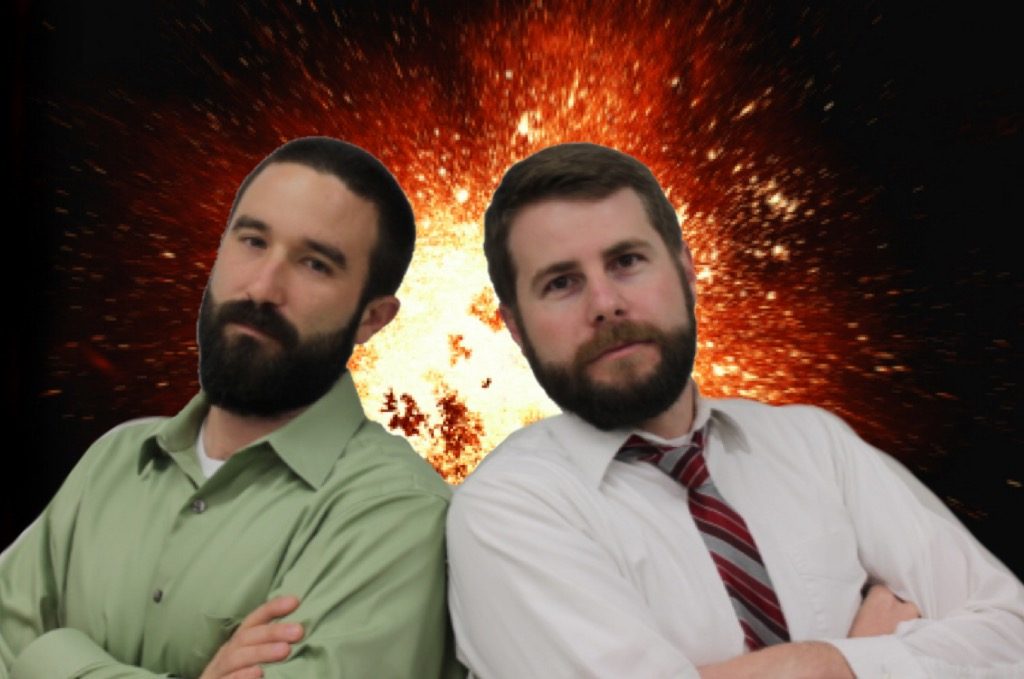 The only thing these people have in common is the profound things they say. Getting added to the list with these top dogs in the world of word play and inspiration are two men:  Mr. Dave Levasseur and Mr. Vince Leporini.

This desire to be at top may not have begun if it were not for the rankings of most quoted teachers in last year’s print edition of the Talon. This list created a drive between the two to achieve, to move forward and to strive for greatness.

Mr. Leporini last year proved to be the victor taking first amongst the faculty, while Mr. Levasseur trailed behind him in second. Though seeing that he didn’t take the gold, the science instructor is set to take down the incumbent this coming year.

He says he has no personal vendetta with Mr. Leporini, but is doing it for “total domination and the pure sport of it.”

Mr. Levasseur is willing to go as far as using what someone would describe as “shady” tactics.

“I know teenagers like candy, donuts and Oscar’s #23s, so just like any other good politician would do with bribes and under handed things like that,” he says.

“I don’t want to reveal all my secrets because he’ll try to poach off of me” the science instructor added at the closing of his interview. “Things are getting intense.”

Though Mr. Levasseur is planning on bringing the heat this year, Mr. Leporini assured the Talon he isn’t concerned.

“I try to look towards the goal and not the riff raff surrounding me, much like celebrities with the Twitter beef,” the history teacher says. “Haters gonna hate.”

He talks about his fellow opponent as almost a mere stranger to him.

“I did notice someone who did have a beard when I had a beard and also drives the same car as me and in fact might be trying to catfish me in some way, but you got to rise above,” the social studies teacher says.

Mr. Leporini told us the key to his success last year was “very low standards” and added “If there is a topic of interest I will give my two cents, so I plan to win by constant accessibility.”

He added his key for trying to maintain his reign is his broad vocabulary and phrasing.

“I have more eloquence, superior diction, analogous, word play and overall positive vibes,” added the 404 roomkeeper, declaring that he has the edge this year.

He concluded his interview by assuring the Talon that the competition would not get out of hand.

“This campaign has always been a positive campaign — I’m going to be on the sidewalk, not in the gutter with the other vagabonds”

The trash talk has begun and we wish the two the best of luck on their journey to the crown this year but only one can emerge victorious. In the words of the Mr. Levasseur, “let’s do this.”